The Bhagavad Gita, or “Song of the Lord”, is an ancient Sanskrit text that contains some of the most powerful teachings in the practice of yoga. It is a spiritual text that offers timeless teachings and advice on what is our true nature and purpose in life. The Bhagavad Gita’s purpose is not to give a “how-to” guide on yoga poses or breathing exercises, but to explain higher concepts like the nature of human existence, how to live a meaningful life, the importance of spiritual seeking, and the many paths of knowledge.

What is the Bhagavad Gita?

The Bhagavad Gita is the most treasured and famous of India’s spiritual texts. Composed of 700 Sanskrit verses, the Bhagavad Gita was written in the third or fourth century BCE as part of the epic text, the Mahabharata. The Gita, as it’s commonly called, is a dialogue between Prince Arjuna and Sri Krishna, Arjuna’s charioteer, friend and council. It occupies chapters 23 to 40 of Book VI of the Mahabharata and is attributed to the sage Vyasa. According to a Hindu legend, Vyasa narrated it while the elephant-headed deity Ganesha transcribed it after breaking one of his tusks to use as a quill. 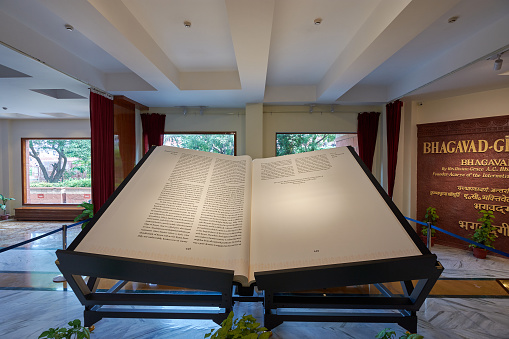 Why is Bhagavad Gita important to yoga?

There are several reasons why the Bhagavad Gita important to the practice of yoga. In the first chapter, the story opens to the scene of a battlefield just prior to the start of a colossal war with Arjuna asking Krishna for guidance. Knowing that by engaging in this war, family members and friends will be lost on both sides of the battle line, Arjuna is faced with a personal and ethical crisis. The resulting conversation between Arjuna and Krishna develops into a discourse on the nature of the soul, the purpose of one’s life, and the threefold path of yoga.

One of the main reasons the Gita is so cherished is due to its promotion and discussion of the middle path of yoga. Besides the Gita, many of the sacred texts and teachings of yoga advocate a complete renunciation of the world to lead the life of an ascetic or hermit. In the Gita, Krishna tells us that this is both a difficult and unnecessary practice. Krishna recommends the path of Karma Yoga or selfless service as the superior and quickest path to realizing the Divine. Once one is established in Karma Yoga, then one can proceed with the deeper practice of meditation, instructs Krishna. Towards the end of the Gita, Krishna places great importance on the role of devotion and faith in attaining the unitive state. All the techniques and philosophies that Krishna gives such high praise to are easily practiced and incorporated into a normal daily life. 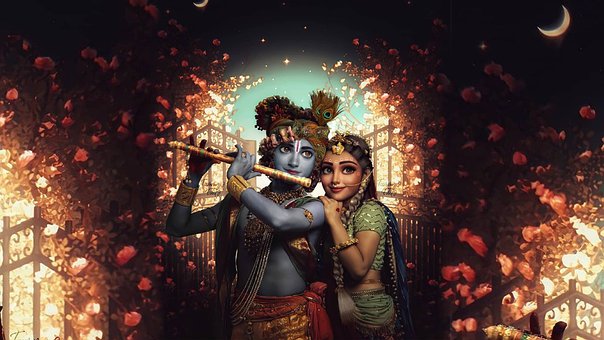 Types of yoga in the Bhagavad Gita

The Gita also provides several new and more refined definitions of the word yoga and describes several different forms of yoga. As it was previously described as a complex and expansive concept, this is an important shift in understanding of the term. A definition of yoga is first described in the second chapter as state of equanimity created through an indifference to pleasure and pain, and a detachment from the fruit of one’s activity. Further on in the text, three types of yoga are described: Karma Yoga, Bhakti Yoga and Jnana Yoga. Karma Yoga is the path of selfless action, while Bhakti Yoga is the path of devotion, and Jnana Yoga is the path of knowledge.

The Gita incorporates and expounds upon the yogic philosophies of karma, dharma, reincarnation, atman, brahman, maya and moksha within Krishna’s responses to Arjuna’s dilemma. Krishna patiently and eloquently teaches Arjuna how to apply these core philosophies to his life to relieve him from his suffering and to attain liberation and eternal happiness. And through hearing Krishna’s examples and allegories, we too learn how to further understand and apply these teachings within our daily lives.

The Bhagavad Gita is a unique scripture in that it is considered both Shruti (divine revelation) and Smriti (ancient stories). The Gita serves as both an ancient story of Krishna leading Arjuna into battle and a spiritual text about the inner struggle for self-mastery and the attainment of happiness through yoga.

How to study the Bhagavad Gita 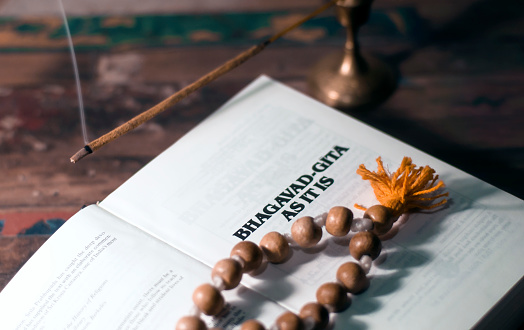 This book has been a touchstone for yogis to inspire and inform their yoga practice and philosophy of life. The best way to understand and absorb the teachings of this ancient scripture is to take your time and study each chapter carefully. You may wish to consult multiple translations and commentaries to for the fullest flavor of the text. Allow yourself some time to reflect on what you have read and how it applies to your practice.

The Bhagavad Gita is important to the practice of yoga and spiritual development. It incorporated many of the philosophical concepts that remain essential to the modern practice of yoga. Since the first English translation in 1785 by Charles Wilkins, the teachings and philosophies of the Gita have spread far and wide. How have the teachings of the Gita touched your heart and affected your practice?

ABOUT US
Our Mission is to Help you to Revitalise the World, Your Mind and Your Body This site does NOT own copyright for images/photos or articles presented here. These pages are not meant to break copyrights or any laws! All images and articles shown within this site are the copyright of their respective owners.
Contact us: [email protected]nge.com
FOLLOW US
© Copyright Table For Change | All rights reserved