One summer night in 2018, I found myself sitting in a small restaurant in Larung Gar, one of the largest centers for Buddhist learning in the world, slurping noodles and chatting away with a Tibetan Buddhist nun. I had been asking her about her role as an editor in several collections of writings by and about Buddhist women, about life as a nun at Larung Gar, and more. She asked me questions as well, mostly about gender in the US and mainland China; she was particularly interested in the history of the suffragette movement and in Roe v. Wade. At the end of our four-hour conversation, I asked her, “Would you consider yourself a Buddhist feminist?” To my surprise, she replied, “No. I am a Buddhist, not a feminist. But I’d like to help advance the cause of women in whatever way I can.”

Her answer is a reminder that even though she and many other nuns work in education and publishing programs that aim to empower women and promote gender equality, it would be an oversimplification to label their effort as feminist. Rather, in order to understand their work, we need to look deeper into the context in which Buddhist women have been living, thinking, and supporting each other; we need to make sense of their gender discourse in their own terms. Fortunately, Karma Lekshe Tsomo’s new edited volume, Buddhist Feminisms and Femininities, addresses exactly this concern. Keeping in mind that grand narratives can easily ignore or overlook the centrality of the specific conditions in which people live, this context-sensitive investigation emphatically appreciates localized traditions, resisting the tendency to make sweeping statements. 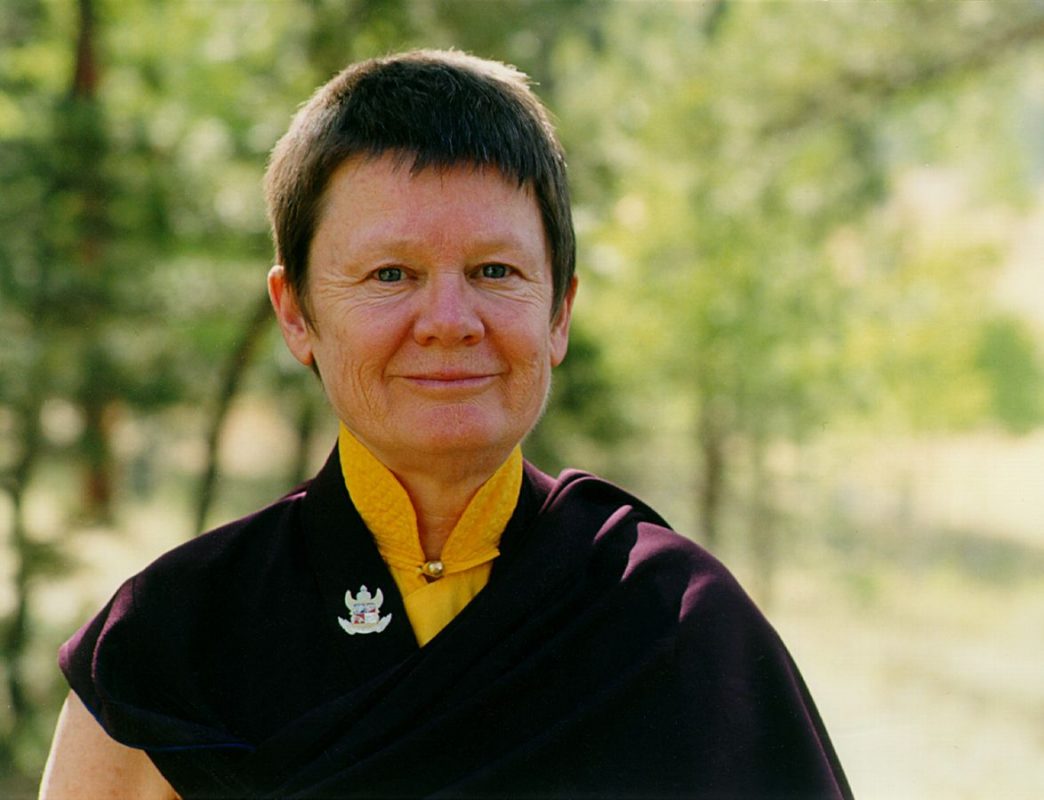 How are we to understand ideas like “feminism,” “personhood,” or “equality” in contexts where a vocabulary for such notions might not even exist? Furthermore, what does such an understanding accomplish for us? Building on a long career of advocacy for women and gender equality in Buddhism, Karma Lekshe Tsomo seeks to bring together scholars into conversation and present a critical, fresh reflection on the indigenous and localized forms of feminism and femininity in Buddhist communities around the world. Collectively, these scholars attempt to construct a global vocabulary for talking about Buddhist women and their experiences. The merit of such endeavor lies in its potential to transform the investigator—to change her or his views, actions, or ways of thinking.

Combining historical, textual, ethnographical, and linguistic approaches, the authors of this collection explore and problematize what it means to be a woman in Buddhist contexts. One particularly thorny issue in a discussion of Buddhist feminism is women’s spiritual potential for, and access to, enlightenment. When Mahaprajapati, the Buddha’s foster mother, requested to be ordained and become a nun, the Buddha is said to have denied her request three times. In some sources, when the Buddha eventually concedes—after Ananda’s intervention—he stipulates extra rules for nuns to follow and laments that the demise of his teaching will come sooner now that he has allowed women into the sangha. Male disciples of the Buddha are warned of the danger of women and instructed to meditate on the foulness of the female body, while female disciples are encouraged to contemplate their own mortality. And although enlightenment is said to be devoid of all characteristics and distinctions, gender included, Mahayana sutras commonly depict aspiring female bodhisattvas transforming into a male body before reaching full enlightenment. In the Sutra of the Perfection of Wisdom in Eight Thousand Verses, for example, the Buddha praises the goddess of Ganges for her virtues and achievements, then makes the prophecy that when she dies, she will be reborn as a man, traveling from one buddha-land to another until she reaches perfect enlightenment. 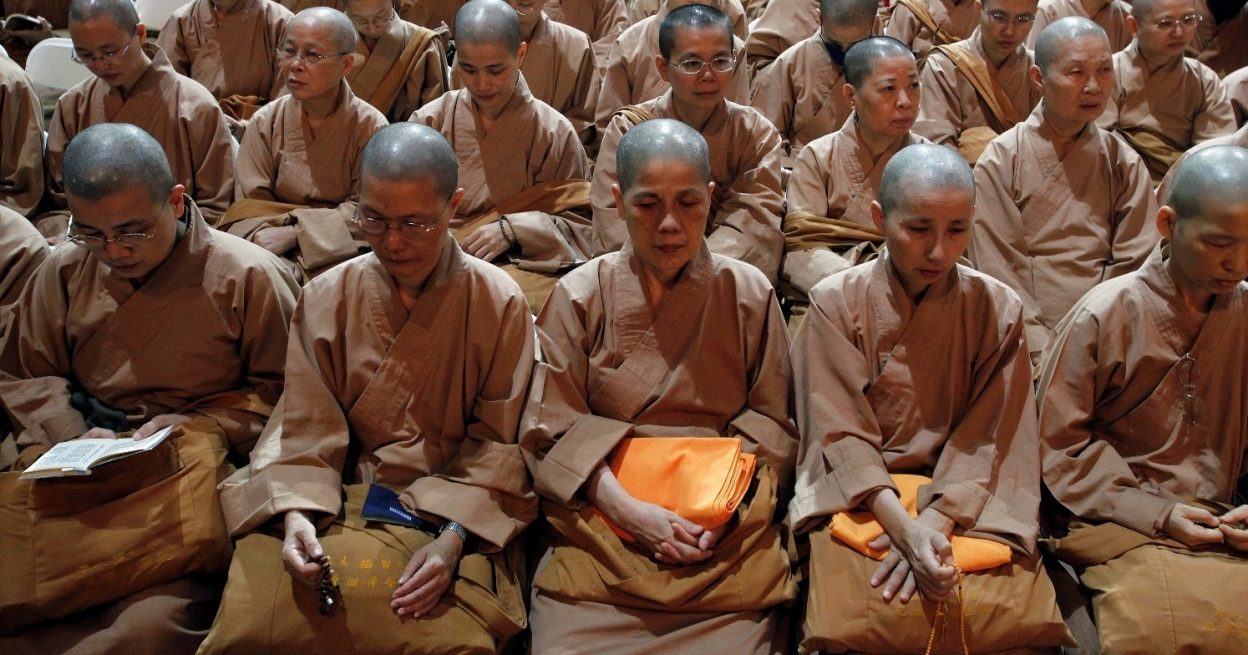 However, Buddhist Feminisms and Femininities makes clear that these largely androcentric, occasionally misogynist discourses do not represent the whole picture. Both Karen Lang and Lisa J. Battaglia look to Indian Buddhism to reconstruct the usually underrepresented female past; in their respective articles, they provide new commentaries on the “active, fulfilling, and independent” lives led by Buddhist women and offer new perspectives on the relationship between female beauty and merit in the Indian context. Ching-ning Wang’s study on Taiwanese nuns’ nondual interpretation of historically androcentric terms such as da zhangfu, or “great man,” challenges gender essentialism in the everyday use of language—for these nuns, a great man signifies not gendered characteristics but the androgynous or genderless fulfillment of one’s potential. Michelle J. Sorenson shows us that Tibetan women, by visualizing their female embodiment as a site of offering that benefits all beings, overturn the traditional view that women possess an inferior body. And Holly Gayley, examining the many hagiographies of Khandro Tare Lhamo, reminds us of the many ways in which female leadership and religiosity can be seen through the eyes of male hagiographers, and also how geography may have as much sway as gender in determining what aspects of a female saint are to be remembered in local communities.

Buddhist women, too, have been active agents in composing their own narratives of spiritual awakening. Their strategies are varied, ranging from literary to doctrinal to legal to sartorial. As related by Eun-su Cho, many Buddhist laywomen and nuns in Choson (1392–1897) Korea, though facing double marginalization by Confucian as well as Buddhist values, refused to be subordinated and persisted with their practice. Raicho (1886–1971), an unconventional yet unapologetic Zen practitioner, ingeniously claimed romantic love as a transformative voice in women’s spiritual journey; her life story is told by Christine A. James. Also in Japan, according to Matthew Mitchell, the law-savvy Pure Land nuns of Daihongan have not been afraid of pursuing lawsuits to protect their own rights or negotiate conflicts. And looking at Thailand, Robekkah L. Ritchie argues that sikkhamats (women who are not officially ordained but choose to live a Buddhist renunciate lifestyle), by wearing colored robes, are consciously adopting a visual expression of their resolution to redefine female renunciation. 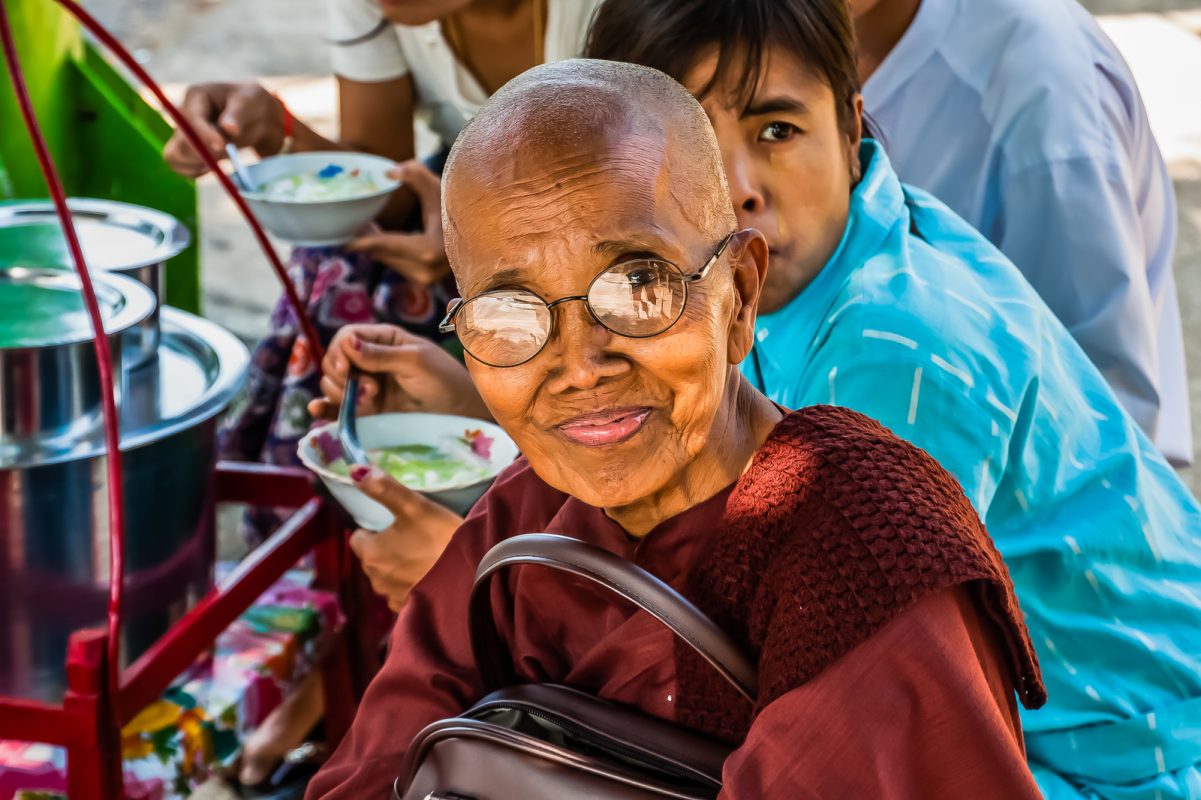 Keeping in mind the myriad facets of these women and their lives, the task of compiling a global dictionary of Buddhist feminism seems daunting. Where to start? One place might be the word “identity.” Who is a Buddhist woman? What are her particular issues and concerns? This might seem counterintuitive, considering the foundational Buddhist teaching of anatman, or no-self. However, for anyone hopeful on the path of enlightenment, it is imperative to begin at the conventional, everyday level and recognize their own situatedness. Gender identity is among the foremost elements that position us in the world; actively examining a Buddhist definition of gender and womanhood, we can expand our understanding of womanhood and femininity in that context and develop an alternative argument for gender equality.

Another starting place might be the word “community.” From the time of the Buddha onward, Buddhist women have been supporting each other as spiritual companions. In Buddhist Feminisms and Femininities, readers are reminded of these communities and networks, from poems in the Therigata to the bold statement in Seito (Japan’s first all-women literary magazine, created in 1911) that “In the beginning, woman was the sun.” Amy Holmes-Tagchungdarpa points out that the genealogy of Buddhist women continues today, rallying together feminist groups, scholars, and practitioners from the East and West. Even in a postfeminist world, as Jeff Wilson describes, a gendered language of nurturance and care is still employed to advertise mindfulness as lifestyle consumption. It is also from a network of Buddhist feminist scholars that the works of Karma Lekshe Tsomo and many others come about.

Together, identity and community provide us with a Buddhist dialectic of gender. Understanding gender identity is the discerning wisdom that leads women onto the path of awakening; compassion and nurturance, meanwhile, sustain communities of practitioners along the way. Works such as Buddhist Feminisms and Femininities show us how, through sympathetic understanding and learned appreciation across cultural contexts, we begin to connect self and others and make sense of human lives in their full complexity. 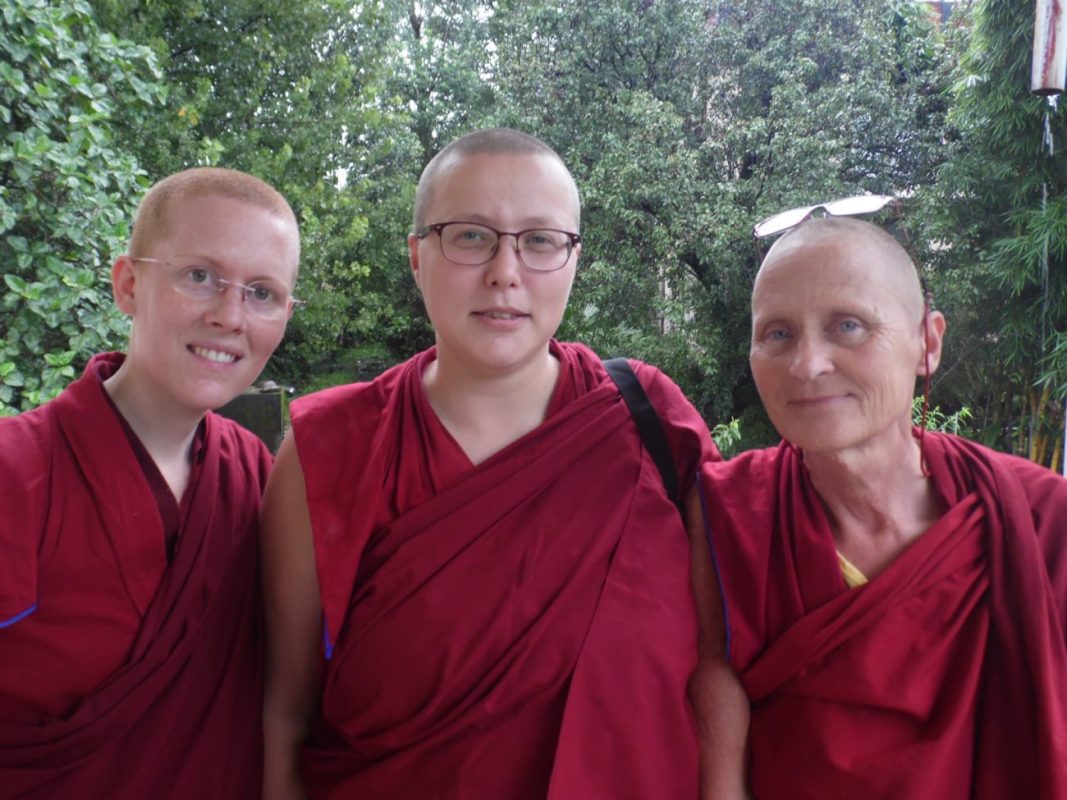