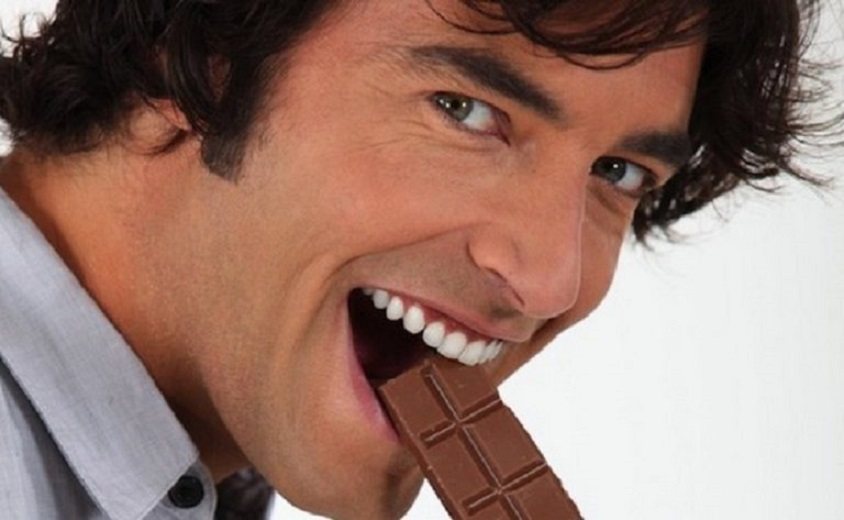 Stress is a word everyone is familiar with and a feeling that everyone experiences. There are different kinds of stress—mental, physical, emotional—but the body responds in the same way no matter what the stressor is.

Your adrenal glands, which are grape-sized glands that sit on top of your kidneys, are responsible for your body’s stress response. The stress response includes hormones like adrenaline, cortisol, and norepinephrine that are released during times of stress to equip the body to handle the situation at hand. These stress hormones are released in the same way no matter what the stressor is. Your body can’t tell the difference between getting in a car accident (physical stress) and meeting a work deadline (mental stress). The adrenal glands don’t discriminate! And over time, these adrenal glands can get pretty taxed if you can imagine. Reducing the effects of stress as much as possible is crucial for the overall health of your body.

You often hear of stress-reducing habits like breathing exercises, yoga, or meditation, but did you know some foods can help the body fight stress? Certain foods can help calm the mind while other foods help reduce oxidative stress internally.

Let’s dive into the foods that fight stress. They are all common foods and easily accessible so it won’t take much effort to incorporate these 10 foods into your diet! 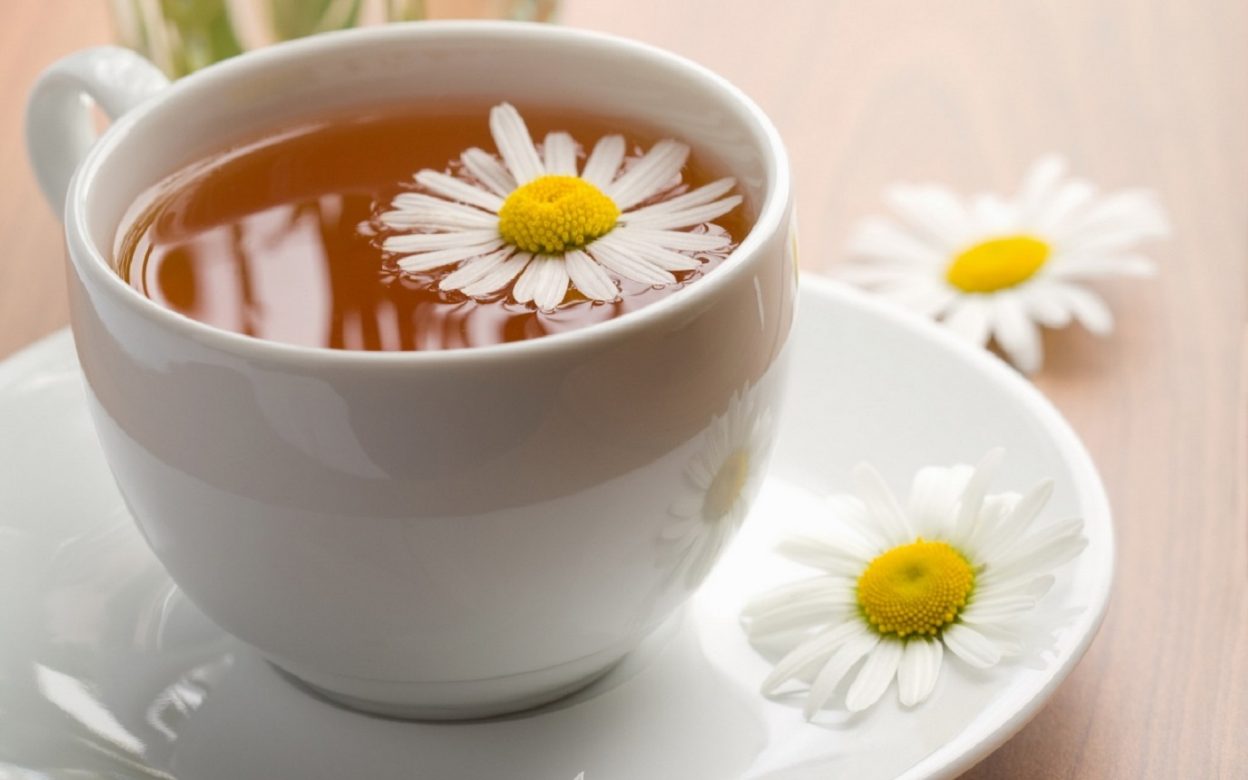 This list of stress-relieving foods begins with a beverage. There is nothing more comforting than a warm cup of tea on a cold day. And if you can use it to relax too, that’s a double win! Chamomile tea is used by many people to relax the mind and body. The chamomile flower is similar to a daisy in appearance and has many different species, but the most common are Roman and German.

The medicinal properties of chamomile come from the terpenoids and flavonoids found in the flower. These are powerful for anti-inflammatory effects like reducing free radicals in the body to fight illness and disease. But on a different level, chamomile is helpful as a mild sleep aid. Its sedative effects are due to a specific flavonoid known as apigenin. Apigenin binds to receptors in the brain to create that sedative impact.

Who knew chamomile was so powerful! So next time you’re feeling stressed out or anxious, sip on a cup of warm chamomile tea and let the power of nature relax you.

Everyone knows the post-Thanksgiving dinner feeling right? The big turkey dinner leaves you feeling lazy and ready for a nap. Turkey contains an amino acid known as tryptophan. This amino acid has properties that, according to studies, directly affect sleepiness. It creates a relaxed feeling so you don’t feel as awake and alert. When trying to relieve stress, if you can make yourself sleepy so the body can relax, you will be able to fight that adrenaline rush. So although turkey is commonly consumed in the greatest quantities on Thanksgiving, enjoying turkey breast on a regular basis is a way to calm your body and allow yourself to get a good dose of rest.

Turkey doesn’t have to be consumed as a large whole turkey sitting in the middle of your kitchen table like the Thanksgiving holiday spread. You can buy turkey breasts in most meat departments to cook just like you would a chicken breast. Ground turkey is another option that’s easily accessible and quick to prepare. Get your turkey on and get that rest! 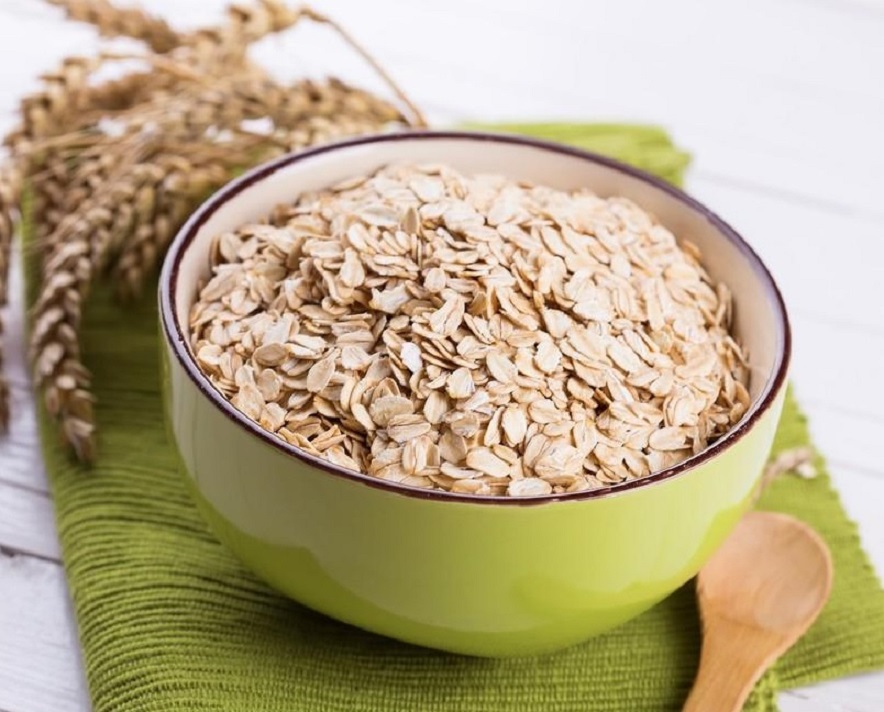 Think of a warm, comforting bowl of oatmeal. Who doesn’t love a big helping of carbohydrates? According to MIT researchers, carbohydrates are essential for mood. When a sweet or starchy carbohydrate is consumed, like oatmeal with maple syrup, for example, the brain makes something called serotonin. Serotonin is a neurotransmitter that contributes to feelings of happiness and overall well-being. Carbohydrates increase the production of serotonin, which increases that good mood feeling.

Many people reach for carbohydrate-rich comfort foods when they’re stressed or upset, but focus on consuming complex carbohydrates like oatmeal or brown rice rather than a cupcake or a donut. Your mood depends on it!

Foods that help with stress come from the sea as well. Salmon is known for having an abundance of healthy fats, but did you know those healthy fats play a role in reducing stress? The omega-3 fatty acids found in salmon have been shown to reduce anxiety disorders in young adults. Stress and anxiety are common in young adults due to the pressures of college and starting a career. In half a fillet of salmon, you get 3,982 mg of omega-3 fatty acids. If simply eating salmon can reduce symptoms of anxiety and stress, why not incorporate it into your diet?

Salmon can be eaten raw, smoked, baked, grilled, or from a can. There are so many options for eating salmon that you shouldn’t have any problems incorporating it into your diet. 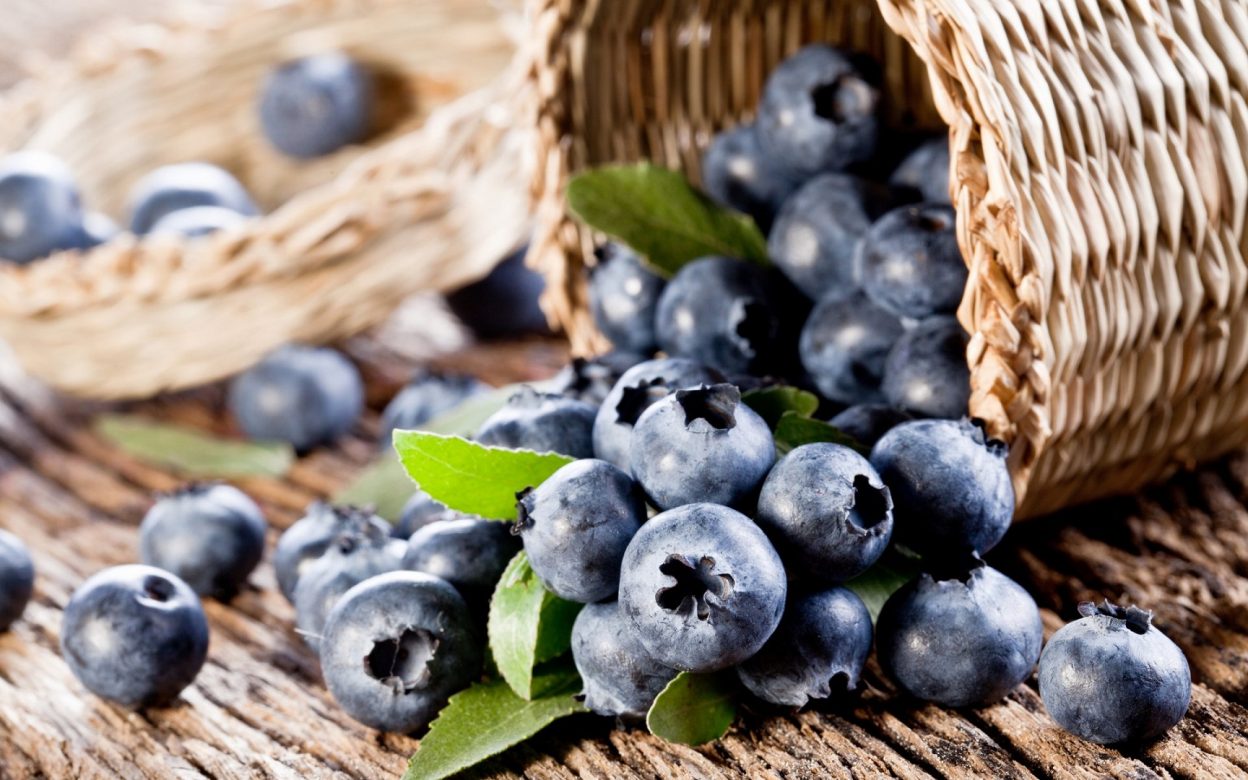 These are little berries that pack a good-mood punch and act as a stress reliever. Blueberries are packed with antioxidants known as flavonoids that have a positive effect on mood. Two studies involving children who were given blueberry drinks or placebos showed that the blueberry promoted a good mood. Because the flavonoids in these fruits have a positive effect on mood, they can be used to minimize the risk of depression and dysphoria. Both of these are common in adults as well as children. So when the stress and negativity begin to float in, reach for those cute little blueberries to lift your spirits.

Blueberries can be enjoyed in so many ways. They are delicious on their own as a snack, or you can add them fresh or frozen to smoothies, salads, or homemade energy bars. Dried blueberries can be used in trail mixes or oatmeal. Blueberry muffins, blueberry pancakes, blueberry scones—the possibilities for this itty-bitty berry are endless. And the more blueberries you consume in your diet, the greater the positive effect it will have on your stress levels and mood.

Who doesn’t feel better when they’re eating chocolate? It’s not just the flavor you love when you’re stressed out, but there is scientific evidence that chocolate reduces stress levels. A study done at Loma Linda University showed that eating chocolate (with a 70 percent or higher cacao content) had a positive effect on not only stress levels, but also mood and memory along with inflammation and immunity. The flavonoids in cacao are responsible for all these delicious benefits and it only gets better the darker the chocolate gets. The higher the cacao content, the more health benefits it contains. So reach for that dark chocolate fix every night after dinner to reduce stress and improve mood. But remember, go for 70 percent or higher cacao content to reap the full benefits of this sweet treat. 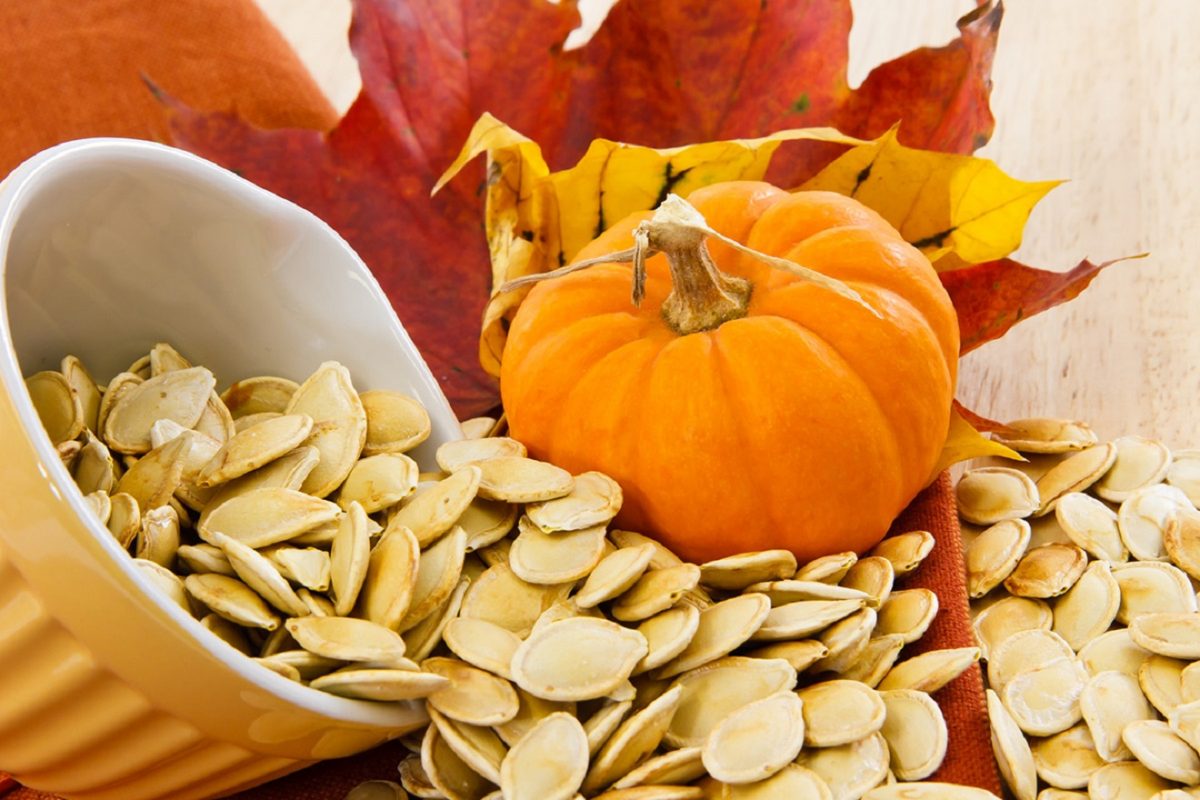 Pumpkin seeds are a tasty snack that does not just provide energy, but they provide stress-reducing properties as well. Pumpkin seeds are special because of two minerals they contain: magnesium and zinc. Magnesium is shown to be helpful for reducing feelings of anxiety and overall stress. Hello, calmness! Pumpkin seeds contain 1,212 mg of magnesium per cup—303 percent of the daily requirement for the average adult.

Zinc is also found in pumpkin seeds, which has been shown to have a role in the treatment of mood disorders. Zinc deficiency is linked to disorders like anxiety and depression. Consuming more zinc will avoid deficiencies that lead to those disorders. Pumpkin seeds contain 16.9 mg per cup which is 113 percent of the daily requirement for the average adult. Pumpkin seeds are a great snack on their own, topped on salads, or mixed into a homemade trail mix.

Cashews are a delicious, buttery nut that are easy to snack on. But did you know when you’re eating cashews that you’re also boosting brain health? Cashews contain vitamin B6, which is important for proper brain development and also for the production of serotonin. So if you’re looking to reduce stress, that’s a winner! Cashews also contain magnesium and zinc.

Cashews can be used in a variety of ways. Enjoy them on their own as a simple snack, add them to trail mixes, make homemade cashew butter, top your salads, or add to smoothies! 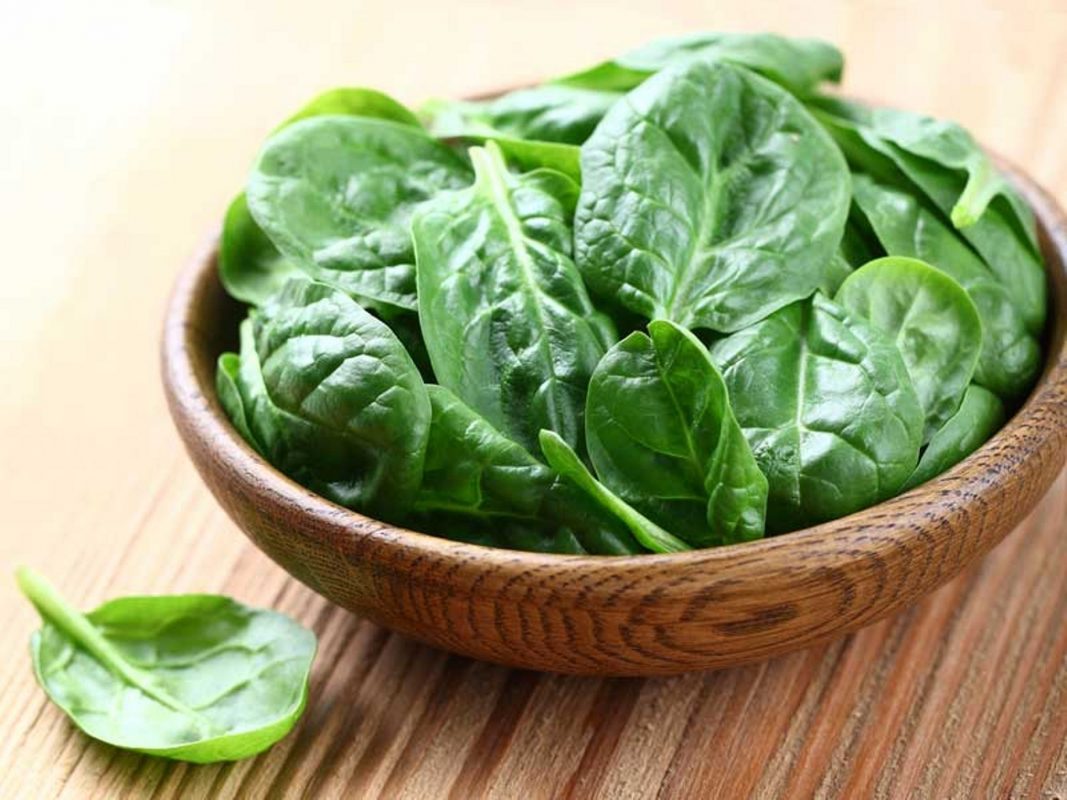 Spinach (and leafy greens in general) are known to be nutrient powerhouses already, but good for stress too? Is there anything a leafy green can’t do? Greens like spinach contain folate, which has been shown to be helpful for boosting mood. Being chronically stressed can get you down, so if you can eat a bowl of greens to get that frown turned upside down, why not? Spinach, kale, mustard greens, romaine, collard greens, watercress, arugula—there are so many leafy greens to choose from to help fight the negative emotions associated with stress.

Greens can be used in a salad, thrown into smoothies, sautéed as a side dish with other vegetables, or chopped into stir fry—they are all versatile.

A glass of wine is good for many things, but most people use it at the end of the day to wind down. Why is it that people reach for that glass of red? Is it the alcohol or something else? While alcohol definitely helps take the edge off, red wine also contains something called resveratrol that helps relieve stress due to its corticosterone-blocking properties. Corticosterone is released by the adrenal glands in times of stressful situations—making you feel even more anxious. Between the effects of the alcohol content and the resveratrol found in red wine, an occasional glass to help fight those dreaded feelings of stress might be exactly what you need.

With so many different options of foods and drinks, you can consume to reduce stress, it’s easy to start using your diet to help fight stress in a healthy way!