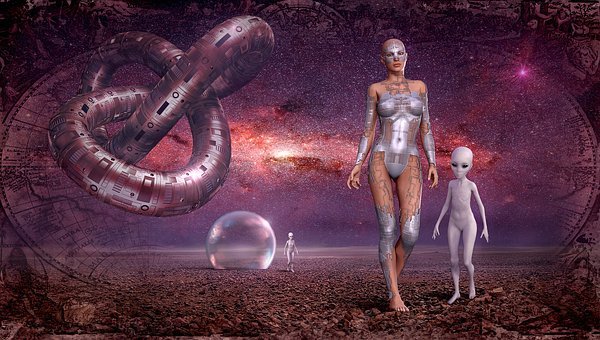 Why is the universe the way it is? Over the years, scientists have explored many ideas to explain our cosmos and its future. Here are some of the strangest ideas, from a braneworld scenario that involves the universe floating in a higher dimensional space, to the “Big Splat” that describes such a brane colliding with another to form an entirely new universe. 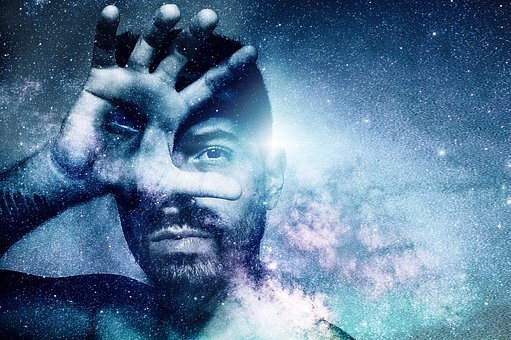 As complicated as it sounds, the braneworld picture solves several problems in physics. For example, theoretical physicists Lisa Randall, of Harvard University, and Raman Sundrum, of the University of Maryland, proposed a version of the braneworld that explains an asymmetry in subatomic forces by suggesting the existence of other branes parallel to our own. But it’s not enough for a theory to explain facts we already know — it has to make new predictions that can be tested experimentally. In the case of the Randall-Sundrum model, such tests could involve measuring gravitational waves emitted by black holes linking one brane to another.

In the far future, galaxies will eventually drift so far apart that light from one can never reach another. In fact, as stars get old and die, a time will come when there’s no light — or heat — left. The universe will be a dark, cold, empty void. It sounds like the end of everything, but according to one theory, it’s actually the beginning of the next universe in an endlessly repeating cycle. Remember the braneworld theory? This is what happens when one cold, empty brane collides with another — which, given enough time, it’s bound to do eventually. Cosmologists Neil Turok and Paul Steinhardt believe such a collision would generate enough energy to create a whole new universe. They call this the “ekpyrotic theory,” though physicist Michio Kaku has more evocatively dubbed it the “Big Splat.”

The Big Bang remains the preferred theory of many scientists, supported by two key observations — the expansion of the universe and the cosmic microwave background (CMB). Immediately after the Big Bang, the universe was much smaller and hotter, filled with a glowing plasma like the sun. We still see the end of this super-hot phase in the form of a sea of radiation filling the whole of space. The expansion of the universe over the intervening billions of years has cooled the radiation down to minus 454 degrees Fahrenheit (minus 270 degrees Celsius), but it is still detectable by radio telescopes.

The CMB looks virtually the same in every direction, which can’t be explained if the universe has always expanded at its current rate. Many scientists believe it went through a brief period of extremely rapid “inflation” a fraction of a second after the Big Bang, suddenly ballooning in size from a subatomic scale to several light-years.

Think of a security hologram. This is basically a two-dimensional object encoding a full three-dimensional image. According to this theory, the whole three-dimensional universe may be “encoded” on its two-dimensional boundary. It may not sound as exciting as living inside a simulation, but it has the advantage that it’s a scientifically testable theory — research in 2017 from the University of Southampton, U.K., showed it was consistent with the observed pattern of CMB fluctuations.

The Big Bang is our best guess on how the universe started out, according to NASA. It was denser in the past, and it will become less dense in the future. Not all scientists were happy with that, so they came up with a way for the density to remain constant, even in an expanding universe. That resolution involves the continuous creation of matter at the rate of about three hydrogen atoms per cubic meter per million years. This model fell out of favor with the discovery of the CMB, which the model can’t easily explain. 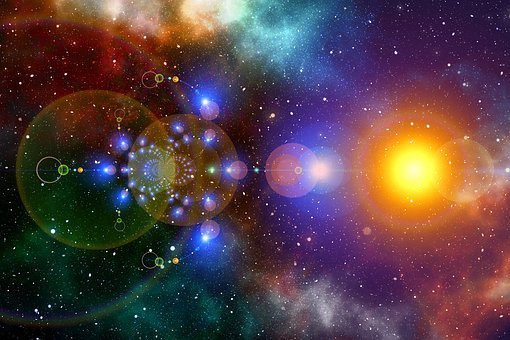 In the conventional view of the Big Bang, in order to explain the uniformity of the CMB, it’s necessary to postulate an early spurt of superfast expansion known as inflation. Some scientists think that when our universe dropped out of this inflationary phase, it was just one tiny bubble in a vast sea of inflating space. In this theory, called “eternal inflation,” proposed by Paul Steinhardt, other bubble universes are constantly popping up in other parts of the inflationary sea, with the whole ensemble making up a “multiverse.”

The theory gets even stranger, because there’s no reason other universes should have the same laws of physics as ours — some might have stronger gravity, or a different speed of light. Although we can’t observe the other universes directly, one of them could conceivably collide with our own. Scientists have even suggested the “cold spot” in the CMB is the imprint of such a collision.

7. We got gravity wrong

Theories of the universe depend on an accurate understanding of gravity — the only force in physics that affects matter on very large scales. But gravity alone can’t explain certain astronomical observations. If we measure the speed of stars on the outskirts of a galaxy, they’re moving too fast to remain in orbit if the only thing holding them back is the gravitational pull of the visible galaxy. Similarly, clusters of galaxies appear to be held together by a stronger force than can be accounted for by the gravity of visible matter.

There are two possible solutions. The standard one — favored by most scientists — is that the universe contains unseen dark matter, which provides the missing gravity. The maverick alternative is that our theory of gravity is wrong, and should be replaced by something called Modified Newtonian Dynamics (MOND), scientists proposed in 2002 in the journal Annual Review of Astronomy and Astrophysics. The two options — MOND and dark matter — are equally consistent with observations, but are yet to be proven. More experiments are needed.

Even if space only has three dimensions, there’s still a fourth dimension in the form of time, so we can visualize the universe existing in four-dimensional space-time. According to some theories, like one proposed by Stefano Liberati of the International School for Advanced Studies and Luca Maccione of Ludwig Maximilian University, in the Physics Review Letters journal, this isn’t just an abstract frame of reference containing physical objects like stars and galaxies, but a physical substance in itself, analogous to an ocean of water. Just as water is made up of countless molecules, space-time — according to this theory — is made up of microscopic particles on a deeper level of reality than our instruments can reach.

The theory visualizes space-time as a superfluid having zero viscosity. An odd property of such fluids is that they can’t be made to rotate in a wholesale fashion, like an ordinary liquid does when you stir it. They break up into tiny vortices — which in the case of superfluid space-time, may be the seeds from which galaxies form.

So far, all the theories have come from scientists — but here’s one from the philosophers. If all of the information about the universe comes into our brains via our senses and scientific instruments, who’s to say it isn’t all a cleverly designed illusion? The entire universe might be nothing but an ultra-sophisticated computer simulation. It’s an idea that was popularized by the “Matrix” movies, but as outlandish as the idea sounds, some philosophers take it seriously. However, it fails the test of a true scientific theory, because there’s no way it could be proved true or false.

The laws of physics involve a handful of fundamental constants that determine the strength of gravity, electromagnetism and subatomic forces. As far as we know, these numbers could have any possible value — but if they departed even slightly from the values they actually have, the universe would be a very different place. Most importantly for us, life as we know it — including, of course, ourselves — couldn’t possibly exist. Some people see this as evidence that the universe was consciously designed in order for human-like life to evolve — the so-called self-centered anthropic theory, proposed by Nick Bostrom in his book, “Anthropic Bias.”