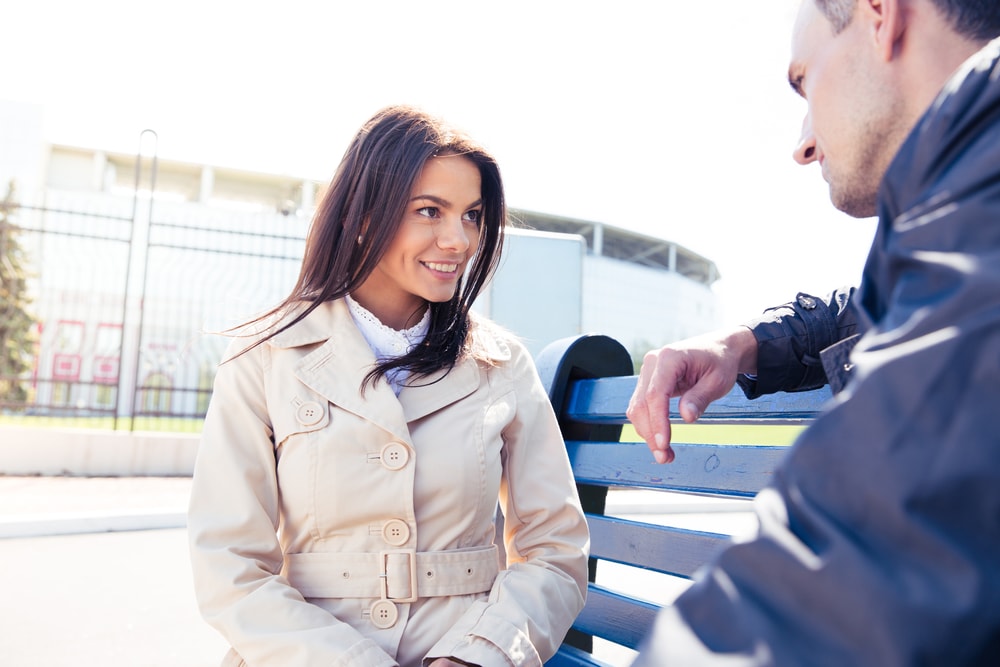 The way we interact with one another is changing, and the world of romance is changing along with it. Women, once expected to conform to certain societal roles, are taking on powerful positions at work, lashing out against disrespect, and just generally doing what they want.

This newfound freedom has resulted in a number of cultural changes, but one area that has yet to change much is dating. We’re still running on an old model: guys pursue women, and those women take their pick from the guys that have chosen to go after them.

While this works out for a lot of people, this practice limits a woman’s dating experience.

Think about it. When dating works this way, a guy has way more choices than a woman—he can choose to ask out any woman in his life. But typically, a woman has to choose from the much smaller group of guys who are actively pursuing her, rather than taking advantage of the wealth of other men all around her.

Why keep letting guys have all the fun?

It’s not going to break the world if you go after the guy you like. In fact, you may just like the experience.

But in case you’re not convinced just yet, let’s take a look at 6 great reasons to ask him out first. 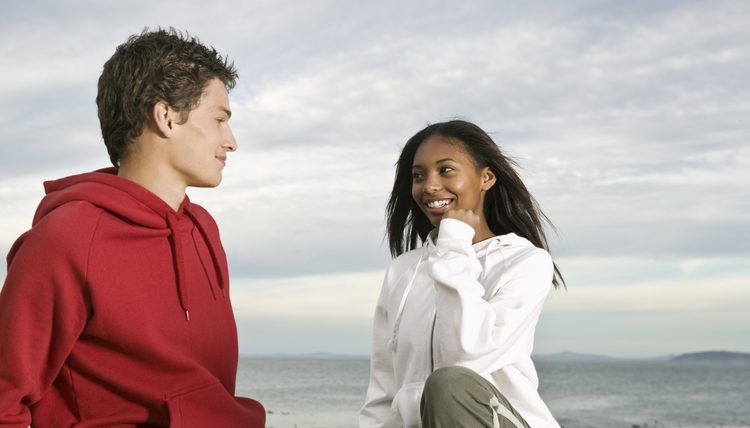 It Changes the Norm

Remember those cultural norms and societal roles we just mentioned? Some of those are worth changing, and being proactive in your dating life is just the way to do it.

The best way to change an unpleasant system is to create one that works better and show it in action—this is one of the best reasons to go ahead and start defying norms that limit you.

It might be difficult and scary at first, and you may get a little pushback from certain people, but think of the benefits. The more you ask guys out and take control of your own love-life, the more you’ll change the norm.

And this doesn’t just benefit you—you’re changing norms for your future kids and grandkids so that they can live like they want and ask out who they wish.

Don’t be afraid of change. If it gives you greater freedom over your life without infringing on anyone else’s, go for it. This kind of change can only make you happier.

Norms aren’t so great for guys, either. Always having to drive the relationship and be in the position of “pursuer” can get exhausting.

This is just another great reason to change things up!

See Also: Great Ways On How To Deepen Your Bond With Your Spouse

Most guys are more than fine with you making the first move—for them, it will probably be downright refreshing, not to mention attractive. Guys want to be wooed, too, and they’ll be happily shocked if you do so. 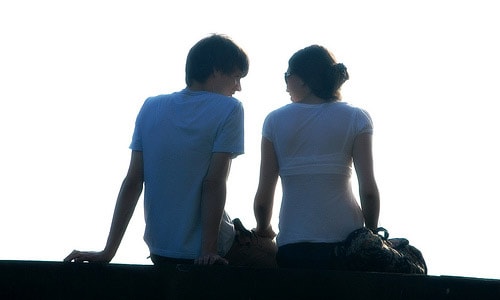 If a guy doesn’t respond well to you asking him out first, he might be looking for a different sort of woman—this is probably a big sign that your personalities would have eventually clashed, anyway.

When you take a hand at steering the dating ship, you not only take a little of that responsibility off your guy, but you’ll also appeal to that part of him that wants to be desired. So don’t be afraid to make the first move!

Have you ever had your eye on a really special guy—the kind that only shows up once a lifetime? And then were you forced to watch in horror as he asked some girl out who totally didn’t deserve him, and maybe didn’t even really want him?

Well, the solution is simple. You grab him first.

Some guys are totally oblivious to the signs that you’re attracted to them, and despite the fact that you’re basically perfect for a guy, and despite your best efforts to put out a “date me” vibe, he’s likely to end up going for someone less well-suited to him.

But you’re not going to let that happen, are you? You’re going to beat the competition, and that’s a great reason to ask him out first.

Why leave anything up to chance? The great guys are going to have lots of choices—make yourself known by asking your crush out, and you might just get what you want before he gets taken.

You’ll Stop Wondering “What If?”

You’ve probably been plagued by these questions at some point in your dating life. It’s not easy to just sit back and hope your crush will ask you out, especially with so many doubts floating around in your head.

That’s why it’s a great idea to ask him out first—it cuts out all of the uncomfortable uncertainty.

And if you get rejected? At least now you know, rather than obsessing about the “what if” for the next month or two.

Plenty of guys are naturally shy, lead busy lives, or just aren’t quite sure how to approach the whole dating thing—if you assume a guy isn’t asking you out because he’s not into you, that assumption could very well be wrong.

Don’t leave your love-life to chance. Ask your man-crush out and be absolutely sure.

It Gives You More Choices

As we mentioned in the introduction, current social norms mean guys get way more choices that women when it comes to dating. Women are often forced to choose only amongst the guys who ask them out, but guys can ask anyone out.

That’s not fair. You deserve choices, too—a great reason to ask a guy out first.

This means that you can go for guys who are exactly your type. Like quiet guys? Go for him. Want the party animal? Get him! Think the male-model type is what you want to go for? Do it! It’s totally up to you.

If you’re the one to act, it’s you that gets to do the analyzing. It’s you who gets to size a guy up and determine whether or not he’s the man for you—you’re not leaving it up to him.

The world is yours when you decide to become proactive in your dating life. Start asking guys out first, and you’ll find yourself with more romantic opportunities than ever before.

It Puts You in Control of Your Life

Finally, proactively asking guys out simply puts you in control of your life. We’re not in the Victorian era, and you’re not obliged to wait for a guy to finally take you seriously—you can act when you want. 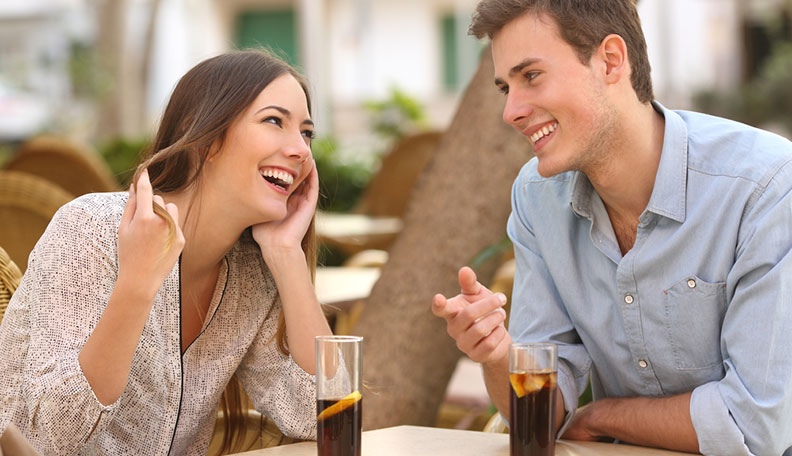 Being in control of your life feels great. You’ve been doing it at your job, amongst your friends and family, and in your everyday life, but now it’s time to bring that control to your love-life, too.

Doing this cultivates confidence and a positive self-image—you’re actually living the life you want, and in this case, dating the people you’d most like to date. You’ll have all of the benefits we’ve listed here, plus an awesome psychological boost as you find out that you really can ask a guy out.

Life is too short to leave things to chance. Be deliberate and take back control of your romantic experience by asking him out first.

With all of these great benefits, there’s really no excuse to as a guy out first if you’re into that. And if you’re not, you’re also free to let the guys woo you—that’s okay, too.

The point is this: live your love-life the way you want. Don’t worry about the “rules” of dating, and you’ll be a lot happier in the end.