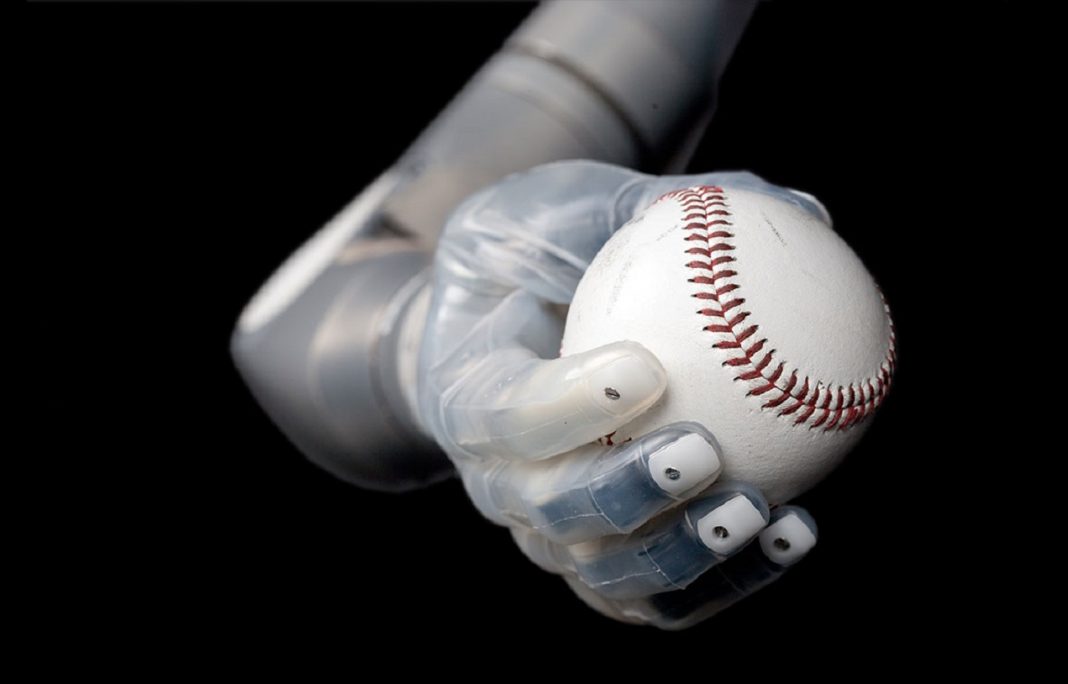 It’s been almost two decades since Keven Walgamott suffered the electric accident that resulted in his left hand being amputated. Some time ago, he could never have imagined that he would be able to regain the sense of touch using a prosthesis but a team of biomedical engineers from Utah University has made that possible.

Known as the “LUKE Arm”, the device takes inspiration from the robotic arm worn by Luke Skywalker in “Star Wars: The Empire Strikes Back” when he loses his arm in a fight against Darth Vader.

Using only his thoughts to direct the fingers in his new bionic arm, Wagamott can pick up and drop objects. The greatest thing of all is that it allows him to feel again. Earlier amputees faced difficulties because the lack of sensation prevented them from adjusting the firmness of their grip. They’d accidentally end up squeezing or crushing things when grabbing them with a prosthetic arm. It was even harder for those who had metallic hooks or claws attached. 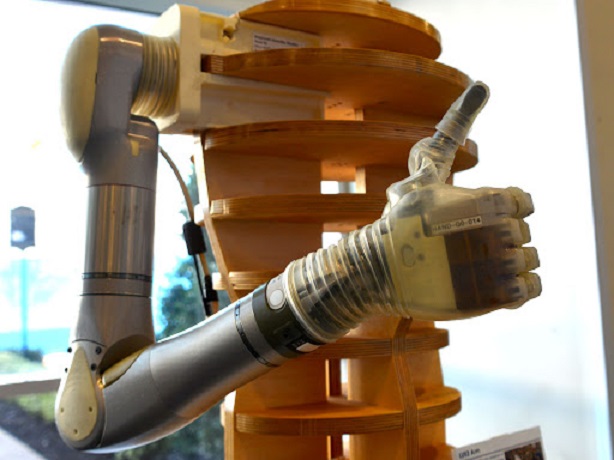 A paper on the new LUKE Arm was published in Science Robotics and it explains how it works. Along with Utah University, Chicago University and the Cleveland Clinic were also part of the team working to create it. By communicating with the brain in the same way a human arm does, the LUKE Arm can touch an object and sense features like texture and weight.

One of seven participants in the tests run by the team of researchers, Walgamott, a real estate agent in Utah, was asked to perform delicate tasks like separating a bunch of grapes, moving eggs, and texting. 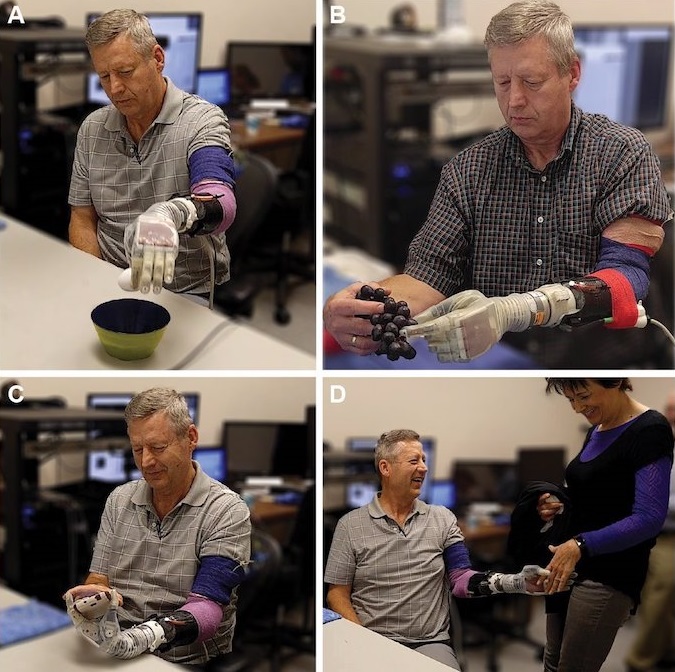 When he held his wife’s hand for the first time, it moved him to tears because he could feel her touch.

It took a decade and a half of hard work to make the LUKE Arm happen. By using modeling and mathematical techniques, they designed the arm out of metal motors sealed into a transparent silicone sheath. It was built by the DEKA Research and Development Corpn. located in New Hampshire.

Powered by a battery, the arm is attached to a computer. The team devised it in such a way that it could communicate with our bodies. Richard A. Norman, an Emeritus Distinguished Professor at Utah created the Utah Slanted Electrode Array which was attached to the nerves in the forearm and then hooked up to a computer. 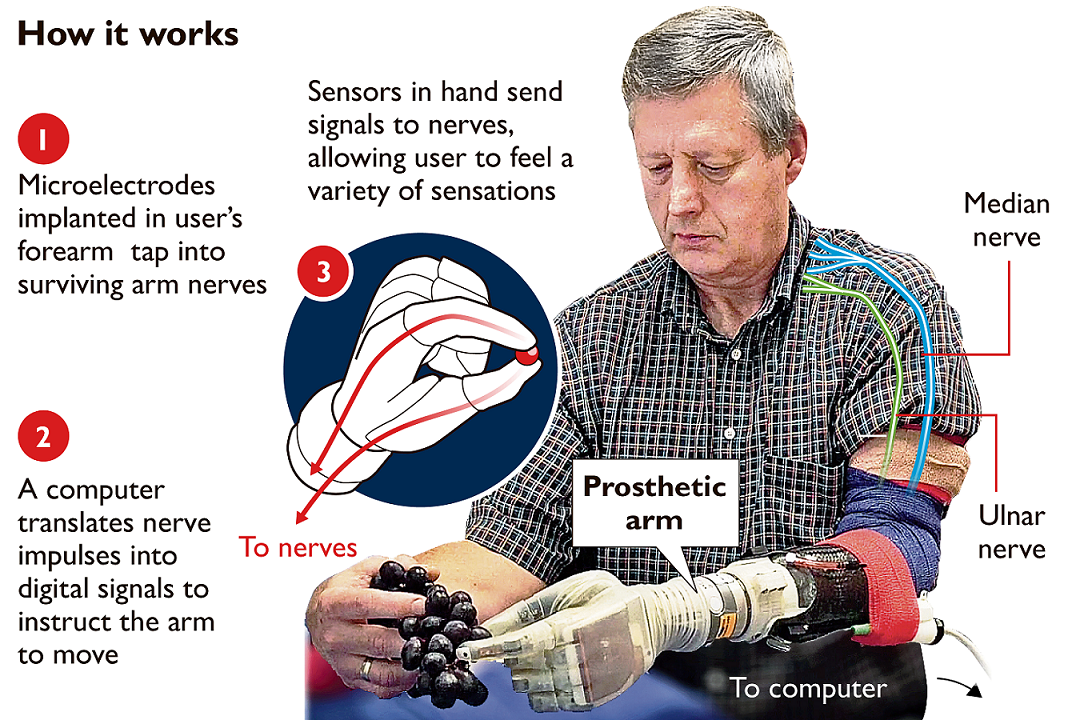 His invention was capable of communicating with the nerves in Walgamott’s body and these were converted into digital signals by the computer. These signals tell the arm what to do. From the other end, the sensors in the prosthetic transmit information back to the nerves about the objects in order to tell the brain what the hand is touching. This occurs in the form of a burst of impulse in the nerves which travel up to the brain.

The researchers were even able to make the LUKE Arm judge temperature and feel pain. To develop it even further, they are working on designing an arm that doesn’t need to be connected to a computer so that it becomes portable. They hope that their results can soon be used for those who’ve lost even portions beyond the elbow.

While they are yet to receive FDA approval, the team aims to reach a conclusion within the next two years. Gregory Clark, one of the study team leaders, was immensely moved when he saw Walgamott’s joy at being able to wear his wedding ring by himself. 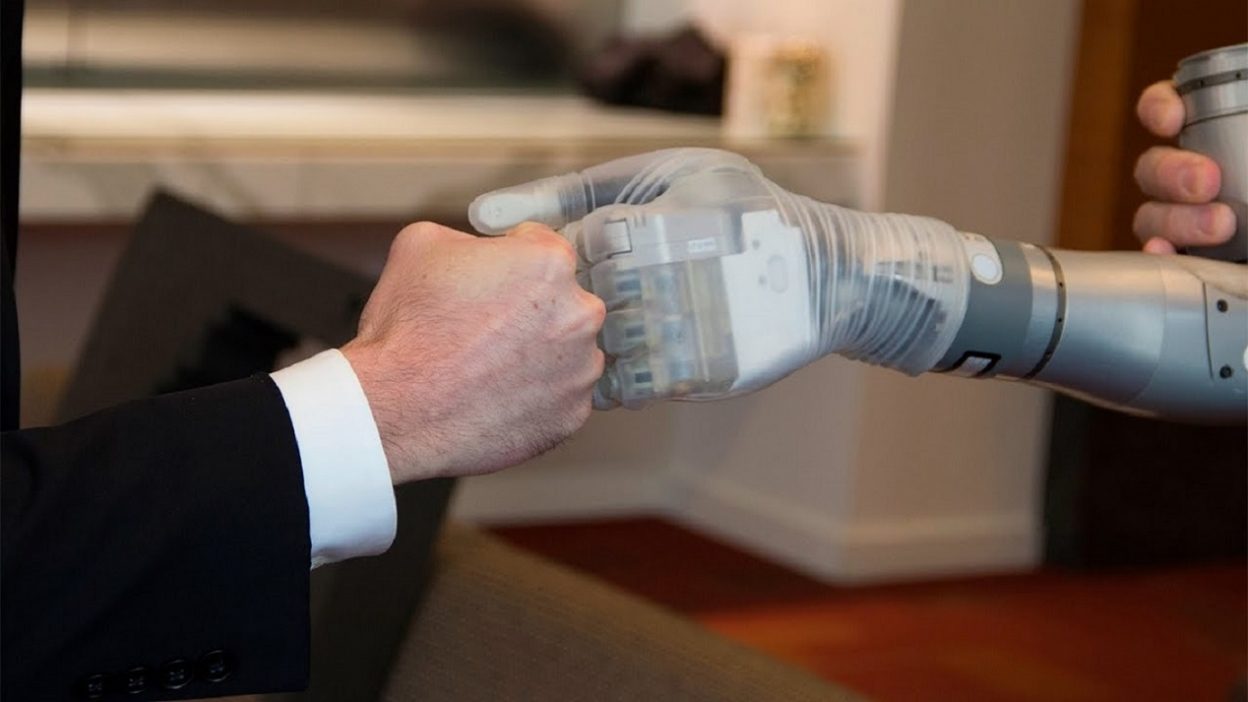