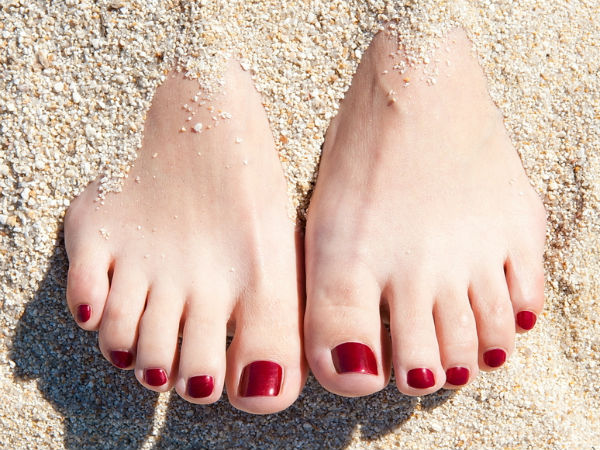 Many runners are familiar with the black toenail. The condition involves bruising, blistering or bleeding beneath the nail from repetitive trauma, either of the top of the shoe banging against the nail or the toe slamming into the end of the shoe. It’s most commonly experienced by marathoners and those training at especially high intensity. Some even see it as a badge of honor: the more black nails, the more badass.

But not all black toenails are from running. In certain cases, a dark nail tells a darker, more dangerous story. Here, two podiatrists explain the difference between the benign and malignant.

Fungal infections—like athlete’s foot—can spread to your toenails and turn them shades of yellow, blue, green, brown, purple and black, explains Sutera. This range in color is unique to fungus, as is the presence of subungual debris—a chalky white substance that lines the nail bed and often carries a funky odor.

If you think you may have a fungal infection, head to your doc. He or she can clip and biopsy a portion of your nail to confirm a diagnosis. Treatment options vary depending on the severity of the infection—mild cases are often addressed with topical medications while more aggressive funguses require oral medication or even laser treatment. 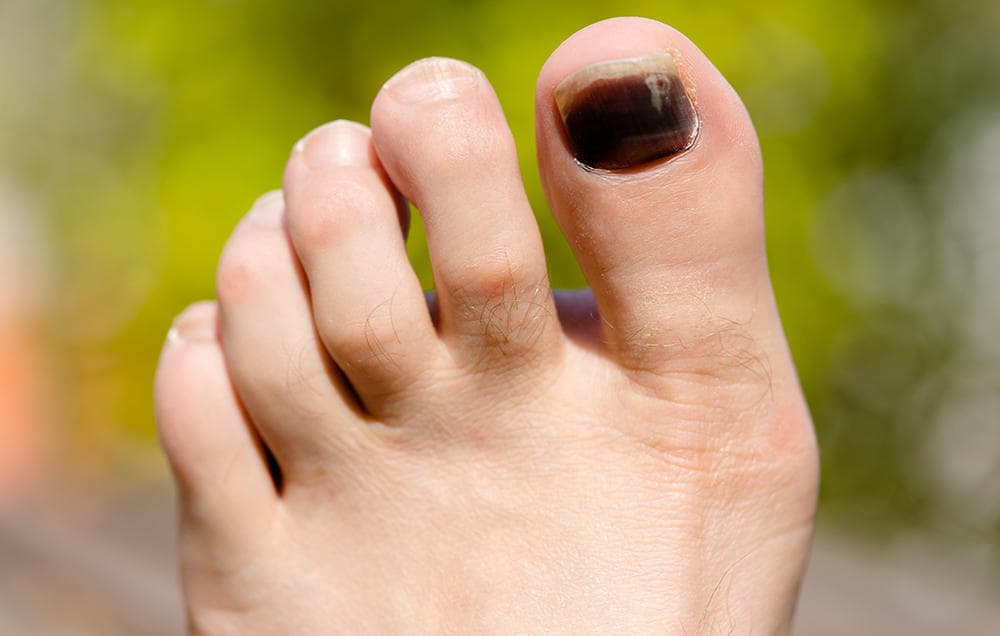 Skin Tone
Occasionally, dark discoloration of the nail bed is merely a matter of skin tone. Sutera sees this most often in patients of color. “There’s skin underneath your toenails, and just like skin anywhere else on your body, the pigmentation can change over time,” she explains.

Oftentimes this type of discoloration is symmetrical and seen on multiple toes—for example, both of your pinky toes may develop discoloration of a similar size and shape. Another telltale sign: similar coloring underneath your fingernails. These factors can help distinguish this type of benign black nail from more malignant ones, which are usually contained to just one nail. Even so, Sutera recommends getting any new and usual color changes checked by your podiatrist, just to be safe. 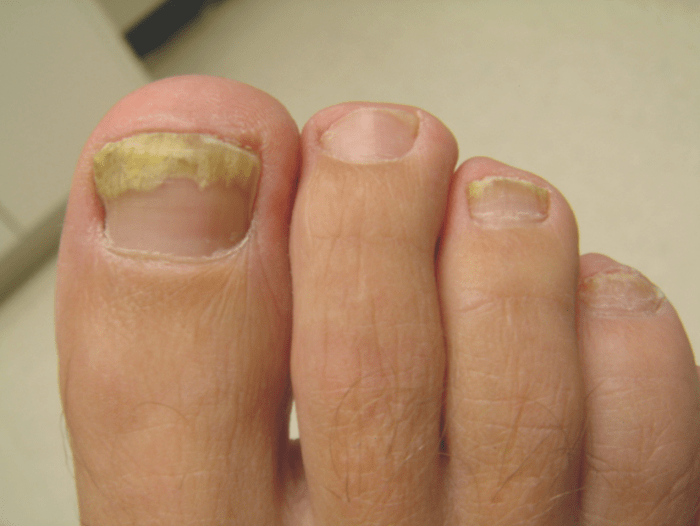 Skin Cancer
Here’s another reason to use sunscreen: Melanoma—the most serious form of skin cancer—can grow underneath your nail bed on the nail plate and cause hyperpigmentation of the skin, explains Sutera. It’s often a slow and painless growth, which makes it especially tricky to catch.

One ominous sign: discoloration that extends beyond the nail and onto the cuticle, says Weisenfeld. “If you’ve had no incidence of trauma and your nail is slowly starting to change color—especially if that color goes beyond your nail—you should get it checked out by your doctor,” she advises, adding that regularly pedicured patients should do a quick scan of their toes in between polish changes to catch any new developments. While melanoma can be deadly, it’s extremely rare and treatable if detected early. 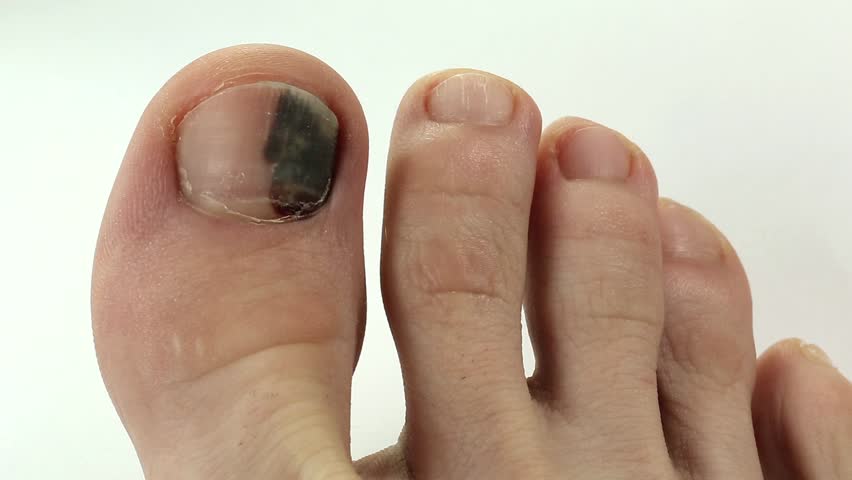 Repetitive Trauma
The most common culprit for black nails, repetitive trauma can result from running, or from wearing any type of ill-fitting footwear. If a black nail crops up shortly after a workout or a day spent in too-tight or too-loose shoes, this is likely the cause.

Repetitive trauma ranges from mild (i.e. a small, painless, black-and-blue discoloration beneath the nail), to severe (i.e. large, bloody blisters between your nail and nail plate), explains Dr. Jacqueline Sutera, D.P.M. and spokesperson for the American Podiatric Medical Association. In mild cases, no treatment is needed and the black nail will simply grow out.

In severe cases, beneath-the-nail blisters can cause the nail to detach—either partially or fully—from the nail plate. This process can be quite painful if the detachment is only partial, warns Dr. Lori Weisenfeld, NYC sports podiatrist, explaining that once the nail fully separates from nail plate, it is officially dead and will never reattach. The good new about this: it’s no longer painful. The bad news: it can take a long time for a new nail to grow in—about a year for big toenails and 3 to 6 months for smaller nails. In certain cases, a fresh nail can begin growing underneath an old, dead nail. If there’s additional repetitive trauma, the new nail can become bruised and detached as well. To prevent this, Weisenfeld recommends visiting your doctor who can trim down or entirely remove the dead nail, which will allow the new nail room to grow in properly.

Another time you should visit the doc: if the skin surrounding your blackened nail is red, inflamed and/or oozing. This may be a sign of an infection, says Sutera, and you should apply neosporin until you can get an appointment.

Subungual Hematoma
Dropping a heavy object (say, a dumbbell) onto your foot can burst the blood vessels under your nail bed and cause blood to pool underneath, explains Wiesenfeld. This type of blackened nail—clinically called subungual hematoma—is especially easy to ID, as it will appear almost immediately after an incident. The build up of blood typically causes a painful throbbing sensation that can be addressed by pricking a tiny needle through the nail to drain out the blood. This procedure will alleviate both the pressure and dark color under the nail—and should always be done by your doctor, says Sutera, as at-home attempts are often unsanitary, ineffective, and more excruciating than in-office care.