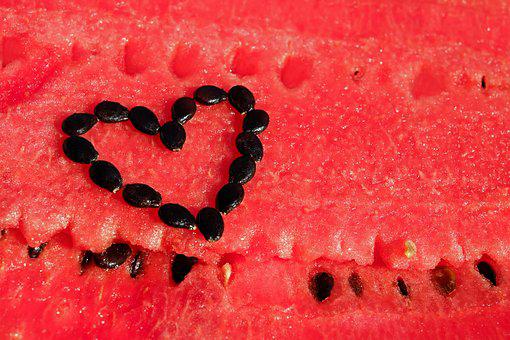 The ultimate summer fruit is ripe for the picking when it comes to a wealth of health benefits. More than just a refreshing dessert or treat for the hotter days, watermelon is a proven medicinal food at any season of the year.

With the scientific name Citrullus lanatus, watermelon is a fruit that belongs to the Cucurbitaceae family.[i] While native to the Kalahari Desert in Africa, it is cultivated in the world’s various tropical regions today.

Watermelons are a much-valued source of antioxidants, particularly lycopene and ascorbic acid, and citrulline, and may help protect against chronic issues such as cardiovascular disease and cancers. [ii] Lycopene gives fruits and vegetables their distinctive red color. In a 2003 study, consuming regular watermelon juice led to significant increases in blood plasma concentrations of lycopene and beta carotene.[iii]

As 92% water, watermelon helps you stay hydrated and this is one of the reasons why fruits and vegetables promote a feeling of satiety.[iv] Interestingly, despite its high water content, a 2011 study highlighted watermelon seeds as a good source of dietary protein.[v] Here are some of the top benefits of watermelons for health and wellbeing.

Increased intake of fruits and vegetables was linked to a decreased risk of breast cancer among Chinese women.[vi] The tested fruit and vegetable groups included dark leafy greens, cruciferous vegetables, carrots and tomatoes, bananas and watermelon.

The same inverse relationship between carotenoid-rich vegetables and lung cancer risk was found from the results of the Shanghai Men’s Health Study from 2002 to 2009, as well as between vegetables and fruits rich in lycopene and carotenoids and prostate cancer risk in a case-control study conducted in Hangzhou, southeast China.[vii],[viii]

The reduction of cancer risk appears to be due, in part, to the lowering of insulin-like growth factor (IGF), a protein that plays a role in cell division. High IGF levels are associated with cancer.[ix] 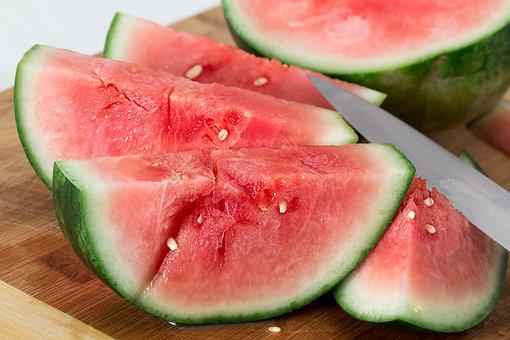 Supplementing with watermelon extract had a beneficial effect on arterial function and blood pressure, particularly among obese middle-aged adults with prehypertension or stage 1 hypertension.[xiii]

Watermelon juice also prevented increased post-exercise systolic and diastolic blood pressure in females, but not in males, in a 2019 study.[xiv] “More research is warranted to examine the effect of sex on the efficacy of watermelon consumption for controlling BP,” wrote the researchers.

Among prehypertensive individuals, supplementing with the fruit also improved aortic blood pressure and wave reflection, an indicator of arterial function.[xv] Further, with its pro-cardiovascular properties, the lycopene in watermelon was found in studies among obese, postmenopausal women and Finnish men to reduce the stiffness and thickness of artery walls.[xvi],[xvii]

In a 2019 study, consuming two cups of watermelon daily reduced not only blood pressure but also body weight.[xviii] The study compared the effects of consuming the fruit versus a low-fat cookie snack for four weeks on body weight, blood pressure, glucose and insulin levels and biomarkers for inflammation, oxidative stress and liver function.

“As a natural food that provides fiber, micronutrients and bioactive phytochemicals, watermelon may be a healthier alternative to conventional snacks,” the researchers wrote. 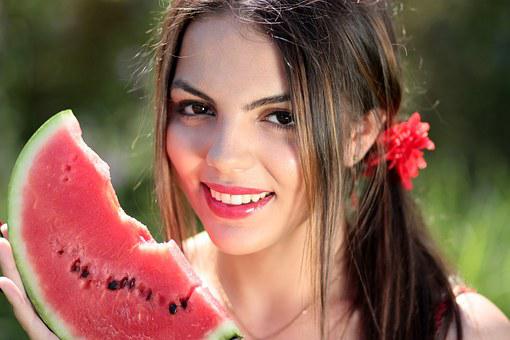 Lycopene is found in parts of the human eye and helps protect against both oxidative damage and inflammation. Thus, it may also help prevent age-related macular degeneration, a common blindness-causing condition in the elderly.[xix]

In an experimental study, subjects with low lycopene serum concentrations were at a high risk of macular degeneration.[xx] Lycopene was also seen in a separate study to effectively address immunodeficiency disorders such as HIV and cerebral microangiopathy, a cause of cognitive impairment.[xxi]

Breathe in, Breathe Out: 19 Essential Oils for Anxiety

Edible Flowers Brighten Your Plate and Expand Your Palate