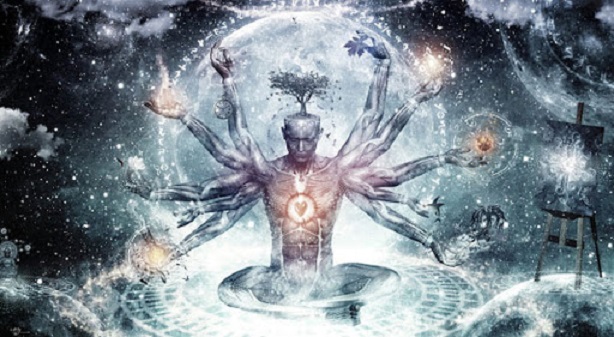 The quantum field is a wild beast that perplexes even the most astute minds. It seems to fluctuate back and forth between freewill and determinism, its rhythm is nonlinear, and it unfolds frequently in an unpredictable fashion.

One could hardly grasp that the universes editing software for seamlessly splicing and pasting together the strip of film before us, is when we blink our eyes. If we are anything, even before human, we are quantum animals.

So, I’ll be covering the quantum field of timelines. What exactly is a timeline and how you can master being at the cause, and not the effect end of quantum mechanics therefore becoming a master of this reality.

And we can do this by first understanding that the quantum field is made up of pure potential that is expressed as waveforms our consciousness acts as an antenna that translates these waveforms, into what’s known as interference patterns and then once more into particles that make up everything in the physical world, including ourselves.

But providing the raw materials for reality is not where the magic of waveforms stop. They also shape an infinite number of past present and futures since they can accommodate all possibility. We call these past present and futures a timeline. For anyone who is familiar with the mandala effect that is one of the most common examples of memories being carried over from a prior timeline we were on, into the timeline we currently occupy. We are shifting timelines more often than not and many anomalies are left as the artifacts of this. 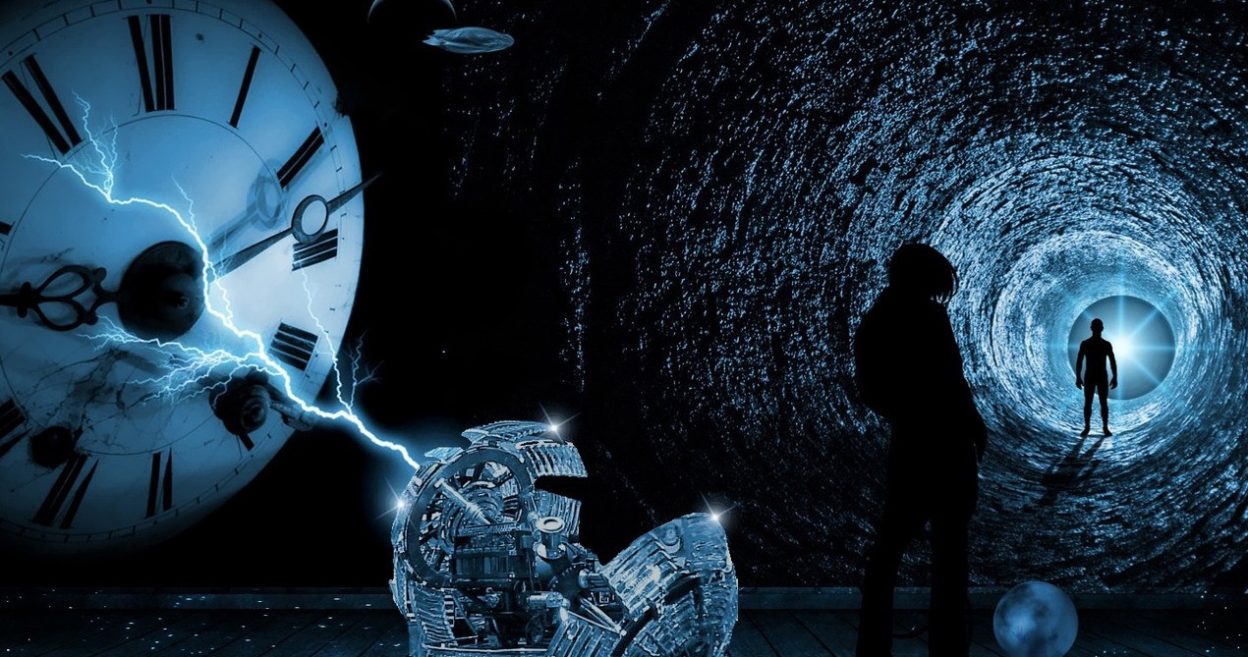 With the quantum field consisting of limitless potential, the way it even knows what timeline to activate and materialize is through a feedback loop. In fact, when you’re operating at this level of reality, it’s so ambiguous you will need a feedback loop to guide the output. And the guiding force that tells the feedback loop what to produce is the choices we make. The synergy of our thoughts, actions and feelings are what the feedback loop, and therefore reality is responding to.

To illustrate this, the field starts off as countless possibilities that begin to narrow into probabilities through the choices we make. These probabilities are like vibrational momentum building up much like an ocean wave. These probabilities continue to drop off and further narrow the more that we focus our choices until probability turns into actuality, which is what manifested. And this process happens every single moment.

So let’s say we choose to venture down a path of awakening our consciousness, the quantum field organizes a new trajectory with the full unfoldment of that choice containing all possibilities and all probabilities. The more conscious we become, the more we are reinforcing the timelines that reflect that choice. What this does is establish a feedback loop between us and all of the potential future versions of ourselves that we are aligning with. And through this feedback loop, the potential future versions of ourselves send us the resources we would require in order to actualize them. This is also reflected in the ancient wisdom, “You cannot travel the path until you become the path itself.” 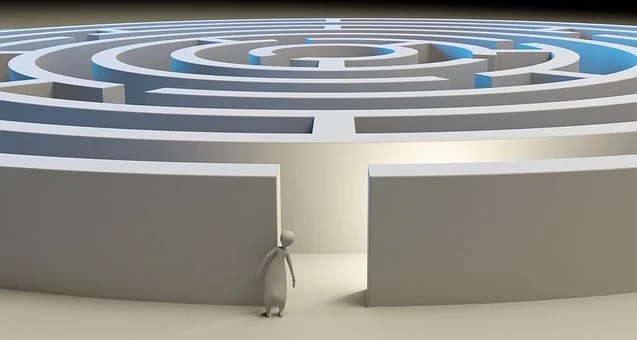 Your choices now are already activating potential future versions of yourself.

There are multiple versions of reality on Earth, and we are constantly aligning-otherwise known as jumping-timelines whether we are conscious of it or not.

We can look at timelines a few different ways, we have personal timelines and collective timelines, there are events constantly happening that continuously alter these timelines again and again.

Our personal timelines consist of the past and present choices we make every day. They are impacted by our socioeconomic status, desires, karmic imprints, and belief systems. Depending on how much of our free will we are using, we either make predictable and established choices that we hope lead to a future we have envisioned, or we can implement more chance and uncertainty that would open up the timelines containing entirely different potential futures. If we are content on our current trajectory, the less likely we are to make radical choices that would lead to radical changes in direction. So it’s a matter of personal preference, however this is where fate comes into play.

We always here about free will and determinism either this is all the random creation of our own doing, or this is all predetermined, set-in stone from a higher level, and we are merely the figments that were hallucinated to play out those choices that were already made. This Either/Or mentality is the result of imbalance within the hemispheres of the mental body.

There is a degree of fate that is at work in our life. Just as there is a degree of free-will. Fate is the lessons we came into this life wanting to experience and free will is the journey of how those lessons are lived. Fate can and does intervene when it feels we are not as proactive as we could be. But what is not guaranteed is how well our outcomes come into fruition. That is all left up to our actions, discernment, and will power.

Now let’s focus on the collective timelines, imagine that there is already multiple versions of reality on Earth and in the past of one of these versions of reality, WW1 never happened. That would significantly alter the future of that reality, not to mention the ripples that would create. Now apply this same concept to any event that was devastating and could be traumatizing to our collective psyche. And you could see that although there is an infinite number of potential timelines, that it’s less likely we’d be able to access the ones that are prosperous and optimal if our collective psyche is continuously being directed into timelines that are disempowering.

As I mentioned, we shift collective timelines frequently but the wider the jump from our current reality the more awareness is required to do so. What this means is if we want to experience an optimal and prosperous timeline, we would need to stop feeding the official narratives that limit our true potential and start taking conscious actions that reflect the timeline we would want to call forth. This is how we step into our spiritual sovereignty. To give you an example of how much our environment effects the input to our feedback loop, let’s say the media for 6 months straight, on repeat, blast us with the message that celestial bodies were coming toward Earth at a rate that would accelerate our mitochondria function thereby creating a cascading effect that unlocks more of our DNA. We would all be flying around like superman in 6 months, that’s how powerful the input from our environment is to shaping our consensus reality.

As our consciousness transitions to a higher frequency, we start to experience the living reality of synchronicity. Even the universal law of cause and effect is more lenient when we are living a path that is in alignment with true order.

I say true order because waveforms are inherently chaotic which is why they represent the principle of chaos and when they stabilize into what has manifested this is what we call Order. For better or worse, it’s called order, even if it’s not technically order. And this is the true meaning of a new world order. It sounds scary because they want it to. But when you strip it down to its acoustics chaos is being generating intentionally so that they can use that to harness potential timelines into this realm to create a new order.

There’s always going to be a new order because change is constant, so don’t be intimidated by that term, instead know that you can also make a new world order as well, all we’re doing is turning chaos, which is the quantum field of pure potential, into the manifest, which is order. And we do this by healing the trauma held within the body/mind, becoming conscious as only conscious observers have the power to impact the field and by taking actions that reflect the timeline we would like to shift to. 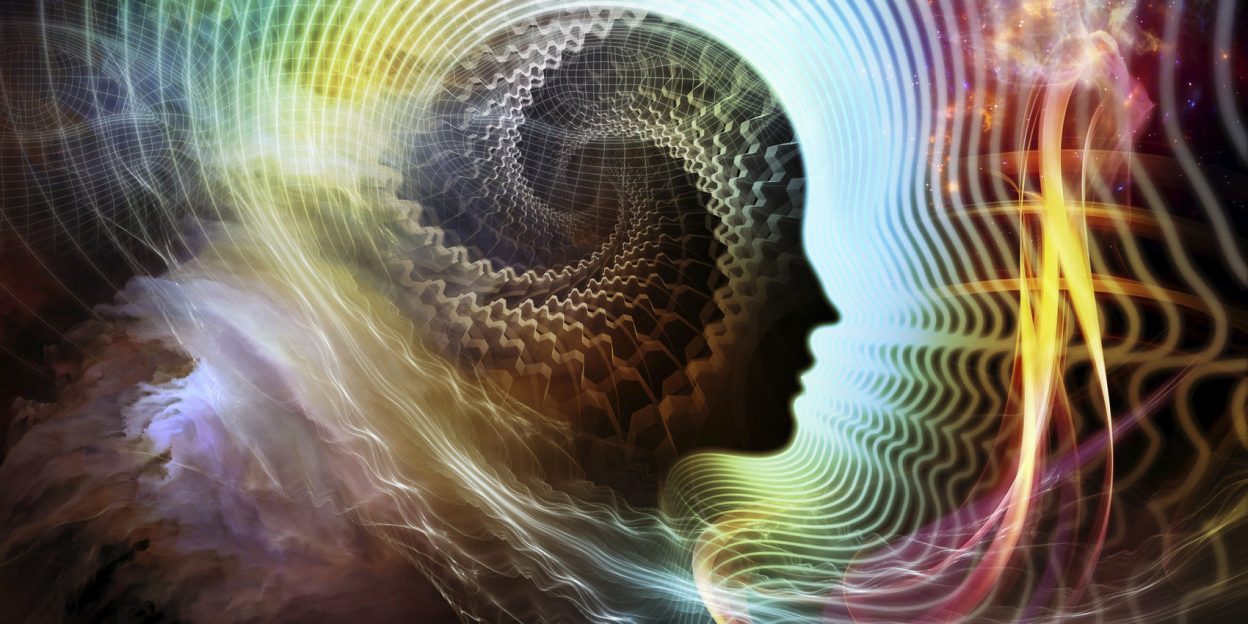 And that’s what manifesting really is, it’s aligning with the timeline where that thing that’s wanting to be manifested is already occurring.

Timelines split all of the time, they split no different than the way a cell divides, we pulsate into and out of this reality every 10.44 cycles per second through a physics formula known as Fourier’s transform. Those who are making choices that align with timelines where there is an awakening are experiencing that feedback loop incrementally into a future with less external dissonance and that reflects the internal unity we have actualized through our healing journey. But you’re never going to see an actual split, even though it’s doing that as we speak. Instead, what you will see is the journey of the choices you made, and the really cool thing is the more you use your free will to make radical changes and empowered choices, your free will becomes a conduit to the higher order of this universe and the higher order of the universe is expressed as synchronicity aligning things to make it look like it was fate all along.

Does the Product You Use for Pest Control Harm the Environment? Consider These 5 Eco-friendly Methods

Want To Amp Up Your Love Life? Keep These 13 Crystals In Your Collection