“You don’t have to change the world or find your one true purpose to lead a meaningful life. A good life is a life of goodness — and that’s something anyone can aspire to, no matter their dreams or circumstances.”—Emily Esfahani Smith

As we slowly move out of the pandemic lockdowns and sheltering in place, have you been assessing how much you accomplished during the last year and half? Did you set some goals for yourself at the beginning of the pandemic? And if you did, are you feeling frustrated or disappointed about not accomplishing some of them or even all of them? In my post A Threat or an Opportunity?, I discussed the importance of not expecting ourselves to see the pandemic as an “opportunity” for trying to make ourselves “flourish” despite the challenges we were enduring. So I hope you’ll let go of any judgments you’re making about yourself and what you did or did not achieve during the last year and half. But really I think even the whole idea of having a life list of things you want to accomplish and/or experience in your life is something worth reconsidering.

In her New York Times editorial You’ll Never Be Famous — And That’s O.K. Emily Esfahani Smith, an editor at the Hoover Institution at Stanford University and author of The Power of Meaning: Finding Fulfillment in a World Obsessed With Happiness says that over a five-year period she interviewed dozens of Americans about “what gives their lives meaning” and read thousands of pages of psychology, philosophy and neuroscience research to learn about “what truly brings people satisfaction.” Her conclusion was:

“The most meaningful lives, I’ve learned, are often not the extraordinary ones. They’re the ordinary ones lived with dignity.”

Smith’s editorial was addressed to college students, about whom she says, “too many think that living a meaningful life requires doing something extraordinary and attention-grabbing like becoming an Instagram celebrity, starting a wildly successful company or ending a humanitarian crisis.” But I think her ideas apply to all of us. After all, how many older people do you know who feel like “failures” because they compare the life they lived to what they hoped to achieve when they were young? And how many people are trying to work their way through some kind of life list that they feel is necessary for them to complete in order to feel fulfilled? I actually wrote about this in my post Contentment, Happiness, and my Family. And right now there are people of all ages having regrets about what they did or did not accomplish during the pandemic.

To illustrate her point, Smith uses the novel Middlemarch by George Elliot, a book I’ve read at least twice (though I certainly never thought I’d be discussing it in terms of yoga—life is so full of surprises, isn’t it?). This novel portrays the lives of two idealistic young people, Dorothea Brooke, a wealthy young woman with dreams of becoming a philanthropist, and Tertius Lydgate, a doctor with the goal of making important scientific discoveries. By the end of the long novel, we see that for both characters their lives don’t end up as they’d hoped, with neither achieving the lofty goals they set for themselves. Dorothea, after a terrible first marriage, settles for a life as the wife of man she loves and as good mother to her children. And Tertius marries an ambitious woman and because of her settles for life as a doctor the rich.

But even though the two characters both fail to achieve the goals they had when they were young, their lives still turn out very differently. By the end of his life, Tertius dies believing that he was a “failure.” On the other hand, Dorothea is able to find true contentment in her ordinary life and is able to “do good” in the world by being a loving person. As the novel says:

“Her full nature, like that river which Cyrus broke the strength, spent itself in channels which had no great name on the earth. But the effect of her being on those around her was incalculably diffusive: for the growing good of the world is partly dependent on unhistoric acts; and that things are not so ill with you and me as they might have been is half owing to the number who lived faithfully a hidden life, and rest in unvisited tombs.”

If you look at this from a yogic perspective, there are three important yoga practices that can guide you in achieving this “life of goodness”: Karma Yoga, non-attachment, and contentment (santosha). I’ll discuss them each briefly next, but for tips about how to practice Karma Yoga, non-attachment, and contentment in real life—as well as any of the yamas and niyamas—see Putting the Wisdom of Yoga into Practice. 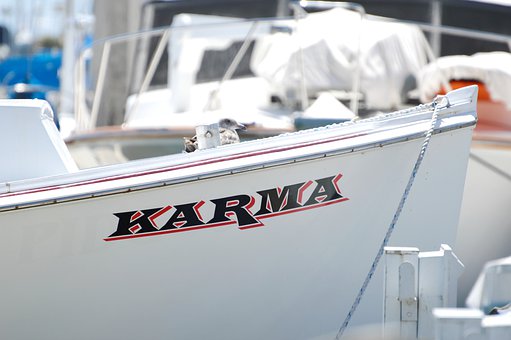 In yoga, being a loving person and doing good in the world means practicing Karma Yoga, which entails offering “selfless service” to others and making the well-being of others your priority, ahead of personal gain or achievement. See Altruism (Karma Yoga), a Wonderful Way to Start the New Year for Ram’s discussion of Karma Yoga, the path that he himself is dedicated to.

Although Karma Yoga can include service to individual, such as being a caregiver to a family member, it also includes social activism. In my post  The Royal Road: Gandhi, Social Activism, and Yoga I discuss how Mohandas K. Gandhi, a dedicated yogi, was inspired to practice social activism on behalf of India by the Bhagavad Gita. See also  Discussing the Yoga Path of Service with Jivana Heyman in which Jivana, who is a long-time practitioner of Karma Yoga, and I talk about how social activism and other forms of service are powerful yoga practices.

According to the Bhagavad Gita, the path to equanimity is to practice “detachment” in everything we do. We do our work—whatever it is—with dedication but without attachment to the outcome of our actions. Living a yogic life doesn’t mean you need to give up your goals, it just means you need to do your work toward them without attachment to the outcome so trying to achieve them doesn’t stress you out and not achieving them doesn’t make you feel like a “failure.”

Self-possessed, resolute, act
Without any thoughts of results,
Open to success or failure.
This equanimity is yoga. —Stephen Mitchell

According to the Yoga Sutras, contentment (santosha)—“the ability to be comfortable with what we have and what we don’t have” according to TKV Desikachar—is what leads to true happiness.

Whether cultivating santosha means being allowing yourself to be content with what you did or did not do during the pandemic or even with what you’ve accomplished overall in your life, this yogic form of acceptance is essential for achieving the peace of mind—and happiness—even that yoga promises.

Even though we’ve covered these topics many times before, I really think that they bear repeating. Because although Smith says that it is young people who are constantly bombarded with the message that living a meaningful life “requires doing something extraordinary and attention-grabbing,” I think people of all ages are constantly hit with the same message (hey, lady, most of us are on Facebook and Instagram, too!). And I don’t know if it’s true for you, but I always need reminding that:

“the idea that a meaningful life must be or appear remarkable is not only elitist but also misguided.” —Emily Esfahani Smith 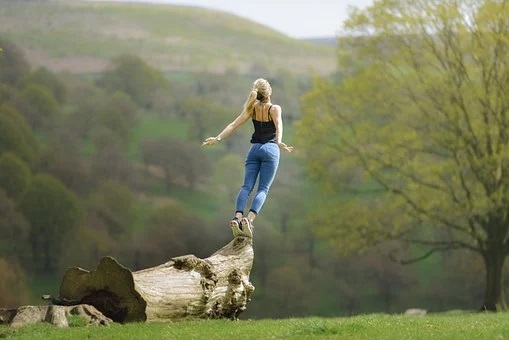