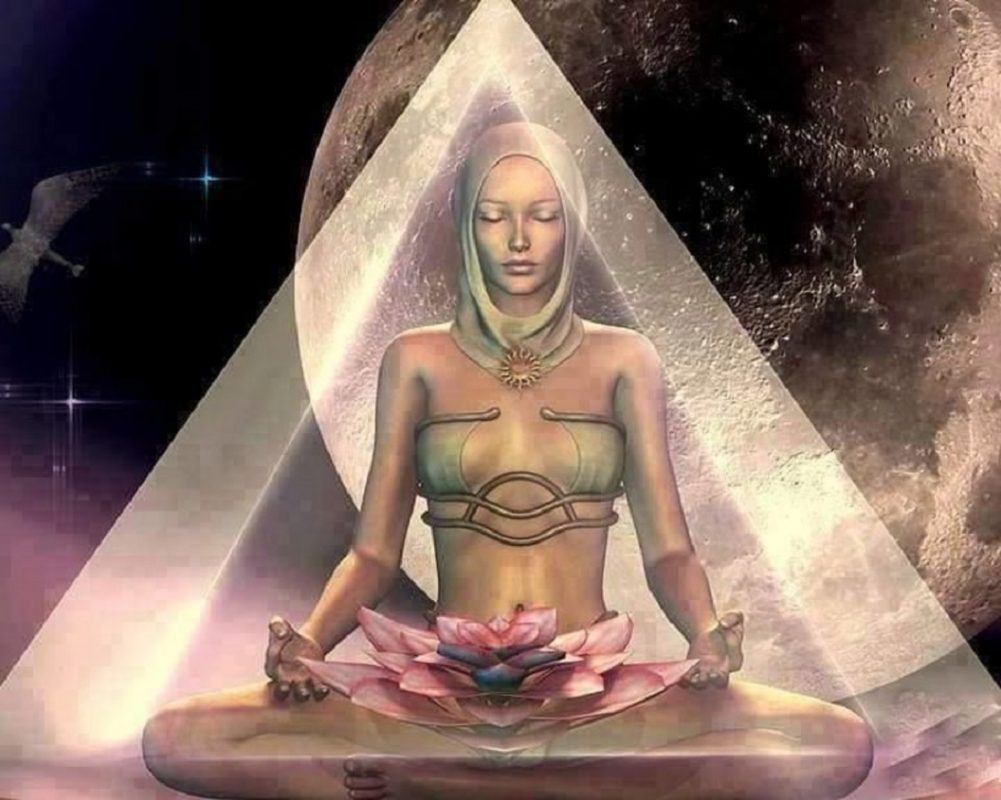 By understanding the value of the Lunar Consciousness and her darkness, we will relearn the ancient magic of feminine rituals or birth, growth, and transformation.

The Blessings of the Goddess, the Lunar Consciousness

Since the dawn of time, humanity has believed that the moon and its phases are associated with the Goddess and been the rightful representative of the feminine principle, and the primordial source of life. In ancient times, in old stellar cults, the worship of the moon was universal. The earliest calendars were eminently lunar, based on the relationship between the phases of the moon, fertility, growth, births and menstrual cycles. This perspective solidified the association of our Earth satellite and the Feminine energy. 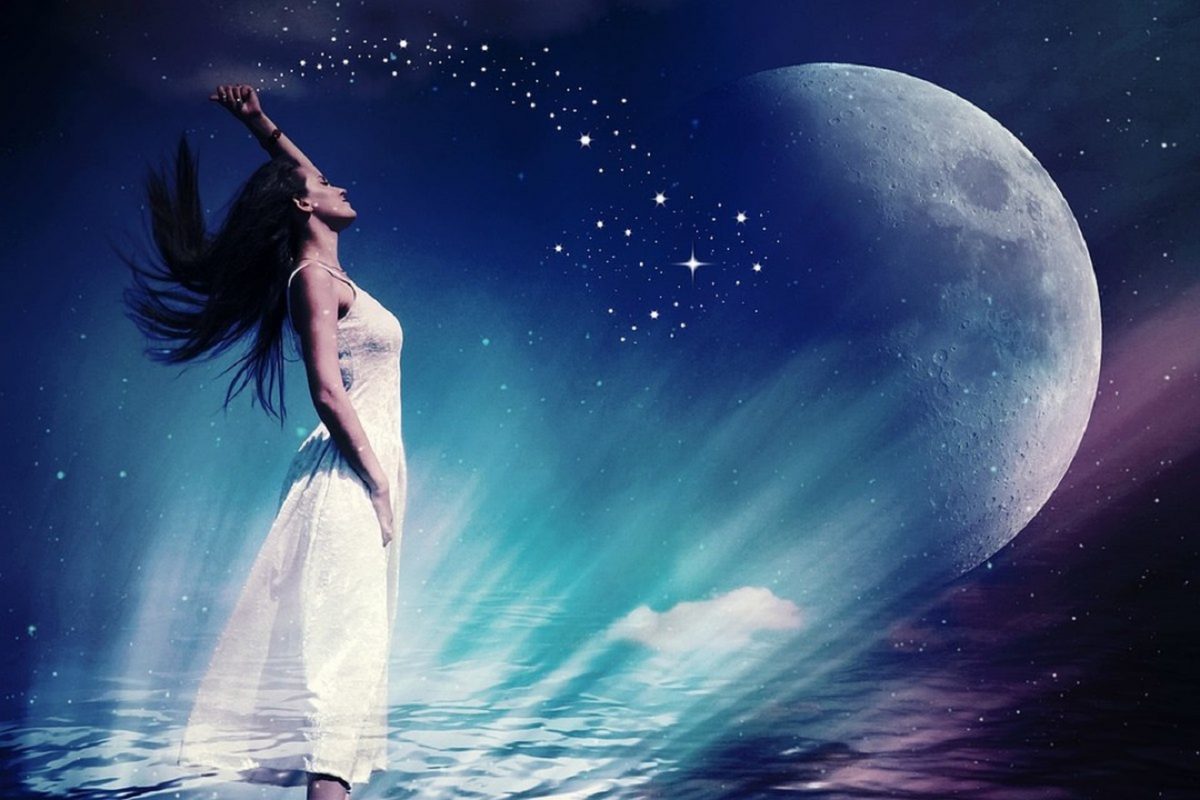 Put your thoughts to sleep, do not let them cast a shadow over the moon of your heart.

The moon, through its phases, reflects the same fluctuations that happen in the human emotional body and psyche. Throughout our lives, we experience the constant alternation between beginning and end, creation and dissolution, light and shadow, conscious and unconscious behaviors.

With the beginning of patriarchal societies, which replaced and eradicated matriarchal cultures, we began the overvaluation of the Sun and its qualities, such as logos, reason, conscious actions – prevailing over the values represented by the Moon, ruler of psychic energies, emotion, intuition, and the unconscious. Instead of the unity contained in the Goddess’s multifaceted essence, duality arose, and it is represented by the opposition of polarities and of the luminaries.

We are all like the bright moon, we still have our darker side.

With the separation between the Luminaries into beneficial light and evil shadow came the split of the being, the artificially created dichotomy of personality. The repression of lunar influences started, and those manifestations began to be considered as pernicious and dangerous but yet intrinsic to the female or the male psyche. This behavior led to the destructive expressions of shadow projections, and the misunderstanding of the concept of mutation, alchemy, and transformation. The existence of the dark phase of any cycle demonstrates the transition between the death of the old and the birth of the new.

In the alchemy of the soul, the Darkness represents a time of rest, withdrawal, healing, and preparation for a rebirth. Our psyche experiences dark periods when we are drawn into ourselves, and nothing seems to happen. In truth, the Dark phases or “empty” periods are the expression of gestation of the new, and it is through alternate of light and darkness that we learn most about ourselves. It is how the lessons of this planet work, and we may also say of the solar system; other planetary retrogradation is also a way to provide the solar system as a whole with an alternative to rebirth, revaluation, and revival.

Our great symbol for the Goddess is the moon, whose three aspects reflect the three stages in women’s lives and whose cycles of waxing and waning coincide with women’s menstrual cycles. 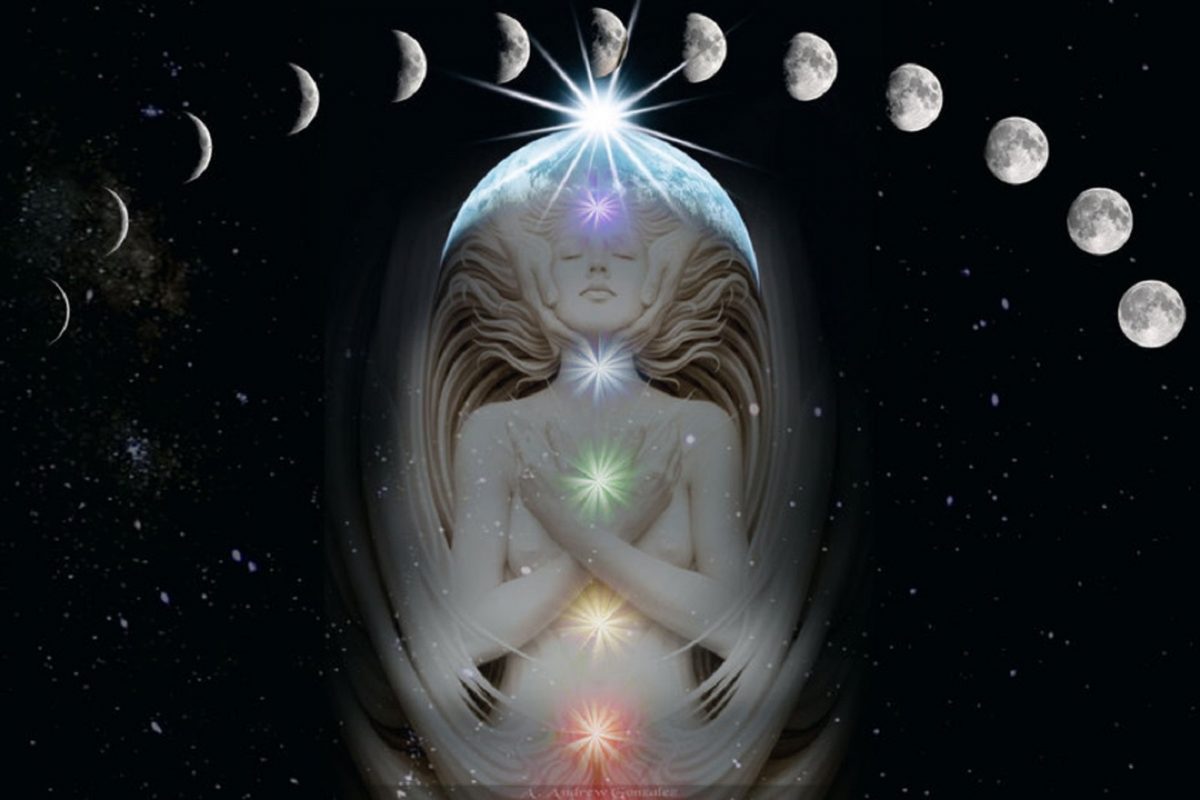 It is through the moon that we have guidance on sleep and the dream world, as well as memories of the past. Basically, the moon on our astral chart, for instance, indicates, through the sign to which it belongs, what are our immediate reaction (instinct) to certain life situations.

Individually we live through the night darkness and the sleep as a lunar process, to awaken into a new day, renewed in the morning.

However, these “empty” periods often foreshadow creative, transformative, and life-expanding phases. By understanding the value of the Lunar darkness, we will relearn the ancient magic of feminine rituals or birth, growth, and transformation, and achieve the necessary renewal for the continuation of our lives, understanding every single one of the many stages of our transformation.