The Buddha told a famous story about a blind turtle and a golden yoke to illustrate how rare the chance to discover the dharma is. Let’s make it less rare, says Bri Barnett, for oppressed and marginalized people.

In a sutra I often hear quoted, the Buddha told the story of the blind turtle and the golden yoke or ring. For those not familiar with this metaphor, a blind turtle who lives at the bottom of the sea surfaces once every thousand or so years. Meanwhile, a small golden yoke floats on the surface of the ocean, randomly moved about by the currents and wind. According to the Buddha, our odds of obtaining a human rebirth, which gives us the opportunity to achieve liberation, are the same as the chance that turtle will accidentally poke its head through the yoke when it surfaces. 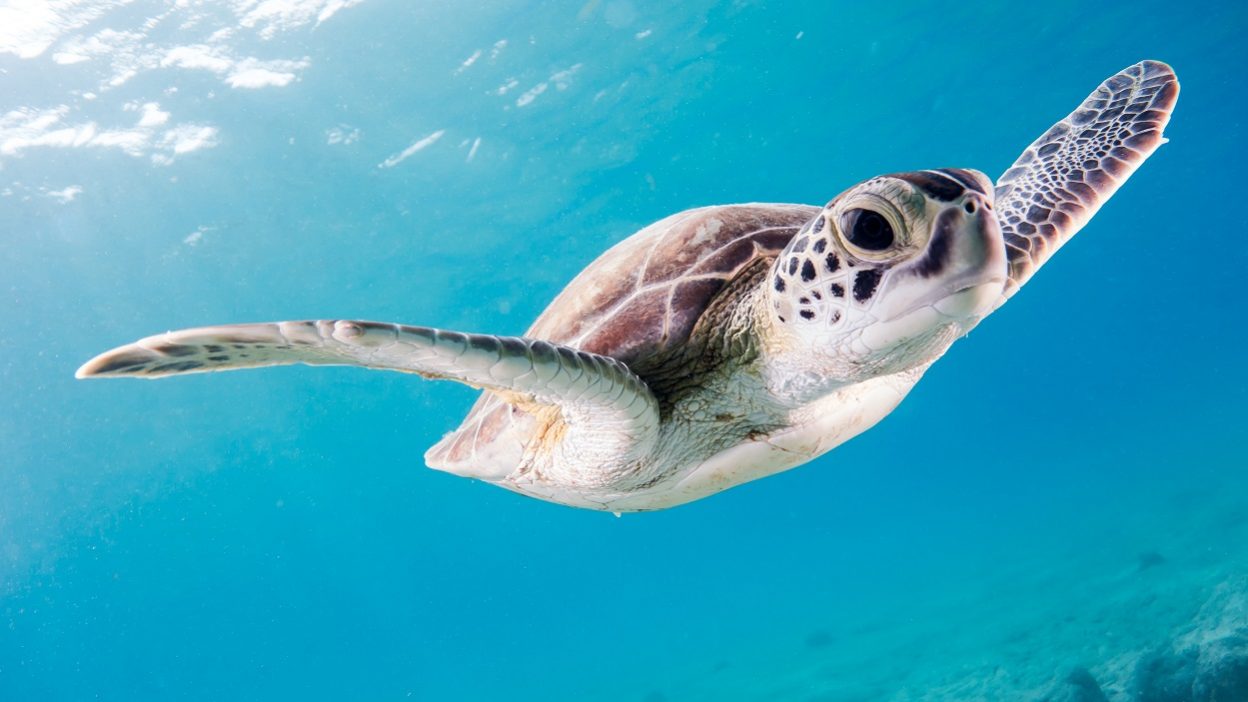 When I’ve heard this story on retreats or in teachings, it is often presented to inspire a little awe and gratitude. How lucky are we to have this rare rebirth, this chance at enlightenment!

However, when I think about the future of Buddhism, I marvel at another aspect of this story—oh my goodness, someone or some force created a freaking golden yoke and put it out on the ocean so that some turtles, and presumably other beings, might poke their heads through and get a chance at enlightenment!

What I take from this is that the structures we create right now are vital to determining who will have the chance to encounter the teachings of the Buddha in a way that empowers them to head down the eightfold path.

For me, the most pressing issue facing Western Buddhism today is inclusivity. Marginalized people have so much to gain from engaging in mindfulness practices as a tool for healing, embodiment, and personal and collective liberation. Unfortunately, too many Buddhist spaces in the U.S. continue to have many more members who are white, heterosexual, able-bodied, cis gender, and have relative class privilege. That’s because more structures—more yokes—have been created so these groups have a better chance to wander into them. 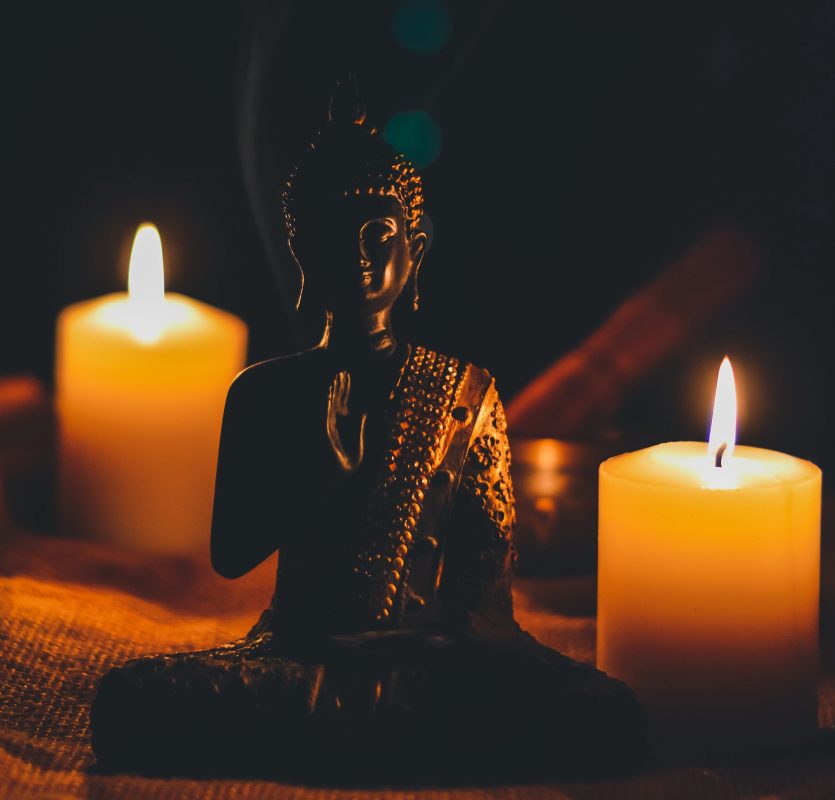 However, I know through personal experience that it is possible to create different structures to provide pathways into Buddhism for marginalized people. I am a twenty-nine-year-old, nonbinary trans woman who has been given a remarkably rare opportunity to find the teachings of the Buddha through a series of golden yokes that were created by the East Bay Meditation Center (EBMC) in Oakland.

The first time I went to practice meditation at EBMC I went to a group called “Alphabet Sangha,” a weekly meditation meet-up specifically for queer people. At the time, I was experiencing a lot of suffering and confusion. I was unemployed and on the cusp of coming to terms with my identity as a nonbinary trans woman.

The Alphabet Sangha provided a supportive environment to quietly explore my identity and observe other queer and trans people form community and practice self-care with support from each other. EBMC’s commitment to gift economics ensured I was able to consistently access the space even though money was tight. The open doors and welcoming environment I found at EBMC provided a stabilizing influence during a time of extreme vulnerability. I know it does the same for many others.

Already, there have been so many golden yokes on my journey: a meditation center in the city where I live, the offer of teachings on the principle of gift economics, and an affinity group that made the practice more approachable to me. Yet, this is just the beginning of the unique structures that have allowed me to find my Buddhist practice and share it with other trans people.

EBMC, and specifically teacher Mushim Ikeda, created a leadership development program called Practice in Transformative Action (PiTA). Secular and explicitly for people focused on social change, this program appealed to me even when I was not identifying as a Buddhist. PiTA also operated on gift economics, which allowed me to continue to participate even after I was forced out of a job. 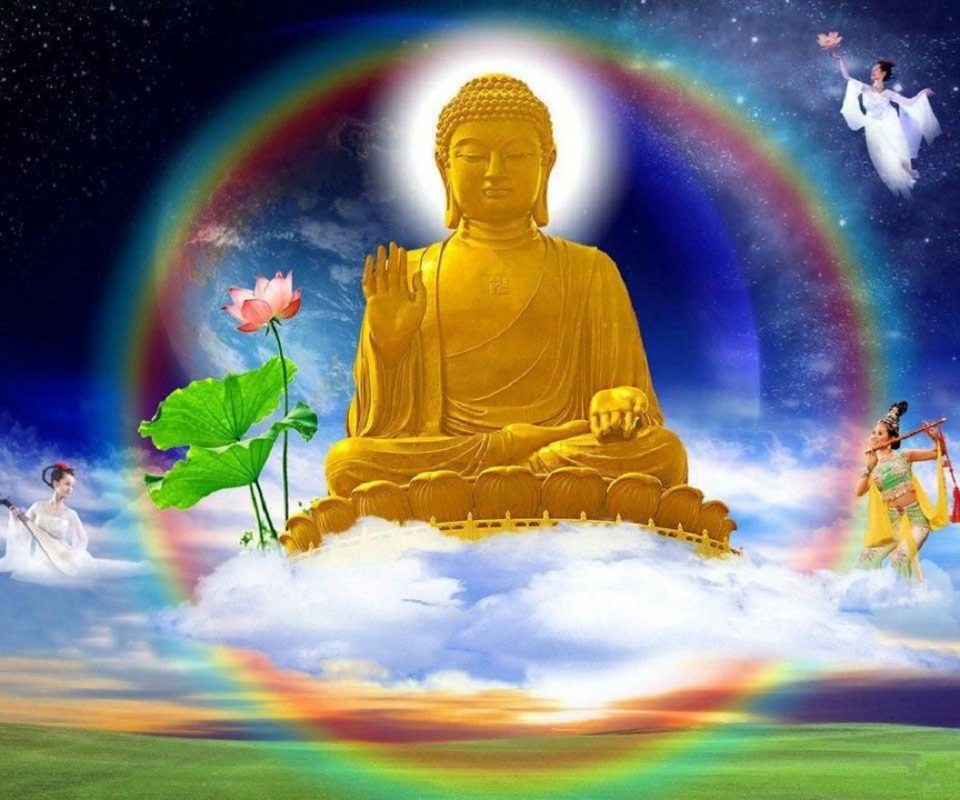 Through PiTA, I learned how to teach meditation and concepts like right speech to people in my workplaces and communities using language that is approachable and directly connected to the oppressions and issues people face every day in their lives. Since then, I have committed to sharing and adapting healing practices for diverse audiences. I led a meditation group in my house for other trans people for six months, I was an apprentice teacher during the next PiTA cohort, and I co-facilitated the first trans day-long meditation at Spirit Rock Meditation Center, alongside Fresh! “Lev” White, René Rivera, Abe Doherty, and Jenna Rapues. In short, I have worked to create yokes so other people like me have the chance to put their necks through.

There is still a lot of work to be done and I do not pretend to have the answers. I care a lot about creating space for trans people to encounter Buddhism and secular mindfulness. Yet even when I have helped host trans daylong meditations, only around 10 percent of the attendees identify as trans women or nonbinary people impacted by trans misogyny. Which is to say that as we work to create opportunities, we will often still fall short.

Still, even within my narrative there are best practices that are easily named and shared. Gift economics and not charging for meditation teachings gives poor people who are struggling a chance to be in the room. A diverse set of teachings, some tailored to a more secular audience, allows people from different faith backgrounds to access practices that could help them. Affinity groups where marginalized people can practice together mean people can show up with an assumption of shared experiences, instead of being in yet another room where they will be othered. Each of these practices needs to be adopted not only in introductory spaces but also in the leadership development pipeline to ensure the upcoming generation of Buddhist teachers looks like the community we are trying to create.

Not all of these practices are easy to adopt, but I know first hand how powerful they can be when they are. Continuing to create structures
like these is my personal future in Buddhism and, I believe, a way forward for the religion as a whole. After all, if the chance of stumbling our way
into dharma, of poking our head through the golden yoke, is so small, then being able to create that opportunity for others is nothing short of miraculous.