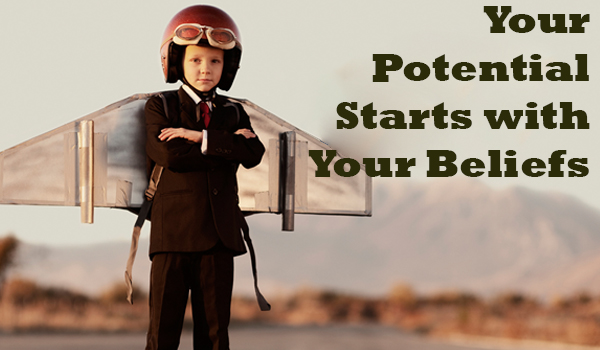 Your Potential Starts with Your Beliefs

In the book, Unlimited Power: The New Science of Personal Achievement, Tony Robbins explains how Your Potential Starts with Your Beliefs.

Your Potential Starts with Your Beliefs.

If you start off with, “That’s not me” or “I could never do that” or “I guess I’m just not meant for that”, you limit what you are capable of.

If instead, you lead with, “I’m learning” or “I think I can” or “I’ll figure it out”, or, “If it can be done, it can be done by me,” you set the stage for realizing your potential.

Don’t let just any belief stick to your mind like flypaper.  Choose the beliefs that support you.

If you want to succeed, it would be wise for you to choose your beliefs carefully, rather than walking around like a piece of flypaper, picking up whichever belief sticks.

An important thing to realize is that the potentials we tap, the results we get, are all part of a dynamic process that begins with belief.”

The Dynamic Process of Realizing Your Potential

Tony Robbins shares a simple mental model for the relationship between beliefs, potential, action, and results: 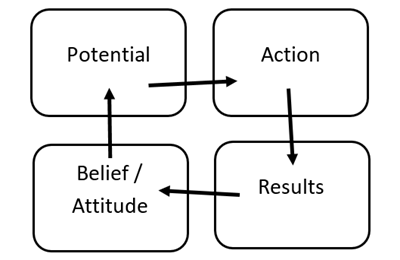 If you don’t think you can do very well, you won’t try very hard.  And very often, the difference between success and failure comes down to effort.

“Let’s say a person has a belief that he’s ineffective at something. Let’s say he’s told himself that he’s a bad student. If has expectations of failure, how much of his potential is he going to tap?

Not very much. He’s already told himself that he doesn’t know. He’s already signaled his brain to expect failure. Having begun with those sorts of expectations, what sorts of actions will he probably take? Will they be confident, energized, congruent, and assertive? Will they reflect his real potential?

Not likely. If you’re convinced you’re going to fail, why make the effort to try hard? So you’ve started with a belief system that stresses what you can’t do, a system that subsequently signals your nervous system to respond in a certain way. You’ve tapped a limited amount of your potential. You’ve taken half-hearted , tentative actions. 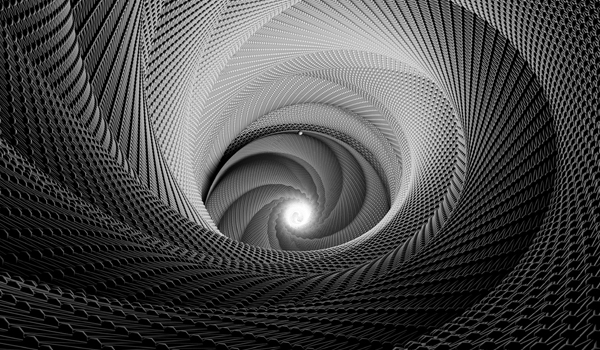 You limit your frame of reference and you limit your ability to learn and grow, and to realize your full potential.

“What we have here is a classic downward spiral. Failure breeds failure. People who are unhappy and who live ‘broken lives’ have often been without the results they desire for so long that they no longer believe they can produce the results they want.

They do little or nothing to tap their potential and begin to try to find out how they can get their life to where they’re doing as little as possible.

From such actions, what results do they achieve? Of course, they are miserable results that break down their beliefs even more, if that’s possible.”

Instead of limit yourself, you empower yourself to do great things.

“Let’s look at this from another direction. Let’s say you begin with great expectations. More than expectations—you believe with every fiber of your being that you will succeed.

Starting with that direct, clear communication of what you know to be true, how much of your potential will you use? Probably a good deal.

Of course not! You’re excited, you’re energized, you have great expectations of success, you’re going to go great guns. If you put out that sort of effort, what sort of results will be generated?

Chances are they’ll be pretty good. And what does that do to your belief in your ability to produce great results in the future? It’s the opposite of the vicious cycle.

In this case, success feeds on success and generates more success, and each success creates more belief and momentum to succeed on an even higher scale.” 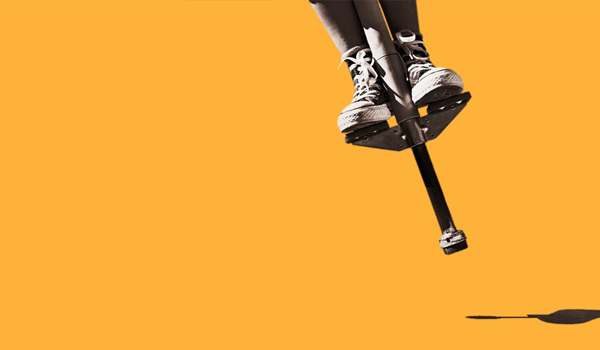 Resourceful People Screw Up, but They Bounce Back

You won’t be successful every time.  After all, there is no silver bullet to flawless success.  But if you can learn to keep bouncing back from every setback and every let down, you will learn how to be more resourceful and you will stack the deck for your success.

Success is a numbers game.

“Do resourceful people screw up? Sure they do. Do affirmative beliefs guarantee results every time?

Of course not. If anyone tells you he’s got a magic formula to guarantee perpetual, flawless success, you’d best grab your wallet and start walking in the opposite direction.

But history has shown time and again that if people maintain the belief systems that empower them, they’ll keep coming back with enough action and enough resourcefulness to succeed eventually.”

Sometimes Just Not Having a Limiting Belief is Enough

Sometimes people achieve great things, simply because they didn’t know it was impossible.

“Sometimes it’s not necessary to have a tremendous belief or attitude about something in order to succeed. Sometimes people produce outstanding results simply because they don’t know something is difficult or impossible. Sometimes just not having a limiting belief is enough.”

What is one challenge in your life where if you chose a new belief, you would change your results? Visit us at tableforchange.com 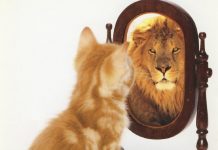 How to Make Rebuilding Your Self Confidence A Priority 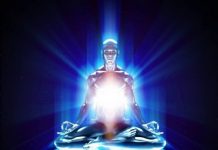 Soul Guidance: How to Let Your Soul Lead Your Way into Life 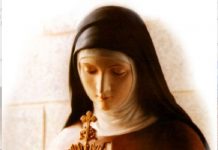 15 Life-Changing Lessons to Learn from St. Clare of Assisi