Have you met Mindar? He, she or it is a remarkable android – a robot priest, reciting sermons and teaching its congregation the basics of Zen Buddhism. Mindar’s electronic skeleton seems out of place against the backdrop of the 400-year-old temple in Kyoto where this work takes place – but Japanese worshipers at the shrine believe it has helped to rekindle an interest in their religion.

Western worshipers and tourists, however, appear to be less keen, and the temple has faced some criticism for the introduction of the technology. Mindar is not the first attempt at a robotic priest, although at a cost of some $1.38m it’s not something which is accessible to many places of worship.

But are robot priests a good thing or a bad thing? And does the answer to that depend upon your faith and your culture?

Pros and Cons of Robotic Priests

At first glance there appear to be many reasons to view robot priests as distasteful or undesirable. For many, their presence violates the sanctity or religion, or even makes a mockery of it. Others accept the basic premise but argue that robots cannot possibly create any meaningful connection with the divine in the way that priests and other clergy do.

And yet, there are many advantages to robot priests. They can perform repetitive, time consuming functions, freeing up human clergy to spend more time with individuals who need them. A good example of this can be seen here: 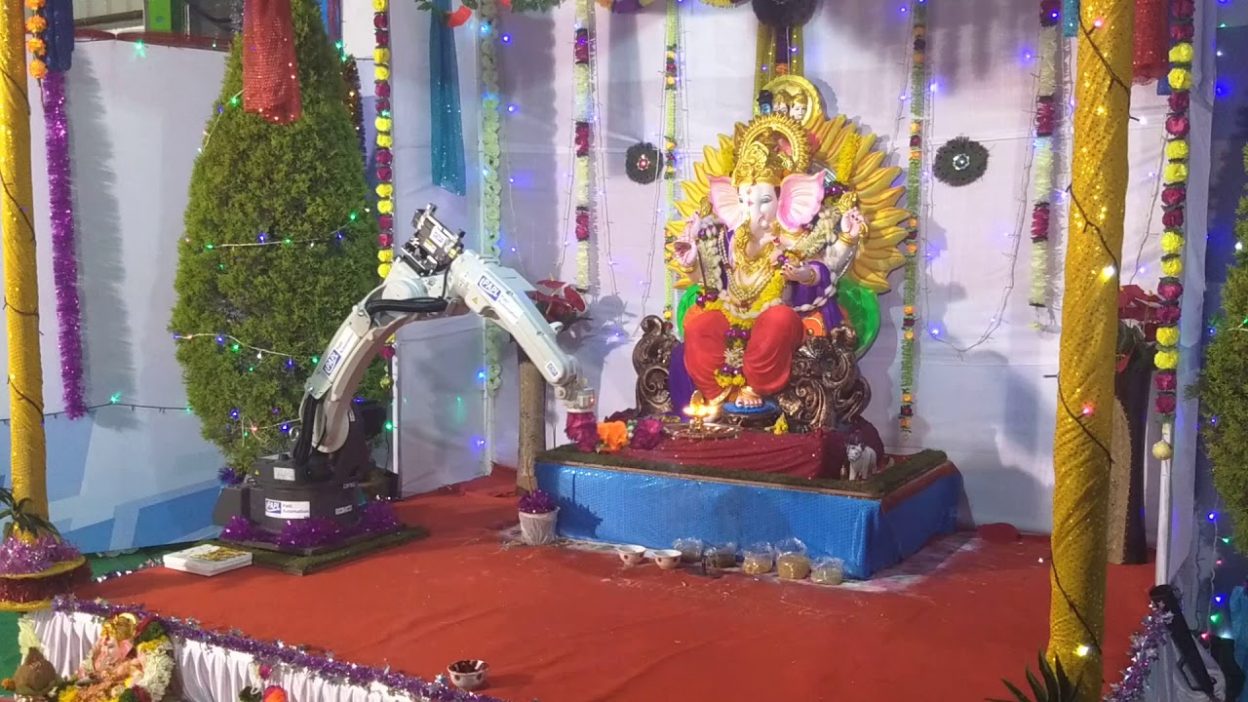 This robotic arm is performing an aarti ceremony – an important Hindu ceremony which involves the offering of lighted flames or torches to a deity, so that the deity may infuse them with blessings. This ceremony can take between 20 and 45 minutes to perform.

Robotic priests can also provide a cheaper alternative to human priests – this was the thinking behind Pepper, a robotic priest in Japan which was available to hire cheaply to help people cut the cost of prohibitively expensive funerals.

Robot priests which teach via reciting pre-programmed sermons and lessons can also save priests time and perform basic religious educational functions within a community. After all, we’re happy to learn the basics of most things online these days, so why should we not learn about a religion from a robot? The sheer novelty value may also make robotic priests – and the religion they teach – more interesting or inviting in today’s culture.

Thus far, all of the robot priests mentioned above have their limitation and none are truly artificial intelligence. However, Mindar’s developers plan to expand its capabilities and to introduce machine learning capabilities which will allow it to minister personally to the individual concerns and problems of the congregation.

Whether you think this would be a good or a bad thing appears to depend quite a lot on what your faith actually is, and on your cultural background. In Japan, for example, where robots are an accepted part of the culture and available for all kinds of things, from sex to cleaning, the concept of robotic priests appears to be widely accepted.

Buddhism is also a faith which is more likely to readily accept robotic priests than most. Because it does not involve the worship of a deity, and because it holds that it is the path which is important, not a priest, Buddhists can perhaps readily accept teaching or wisdom imparted from an AI machine.

Abrahamic religions may find the concept considerably more problematic. For a start, some will object to the iconography; others, such as Judaism, will struggle with the notion of intention – where religious words must have sacred intent, it is unlikely that an AI priest would be considered to be able to form the proper intention. Religions which see priests as literal embodiments of the divine will also struggle with AI priests, one would assume. 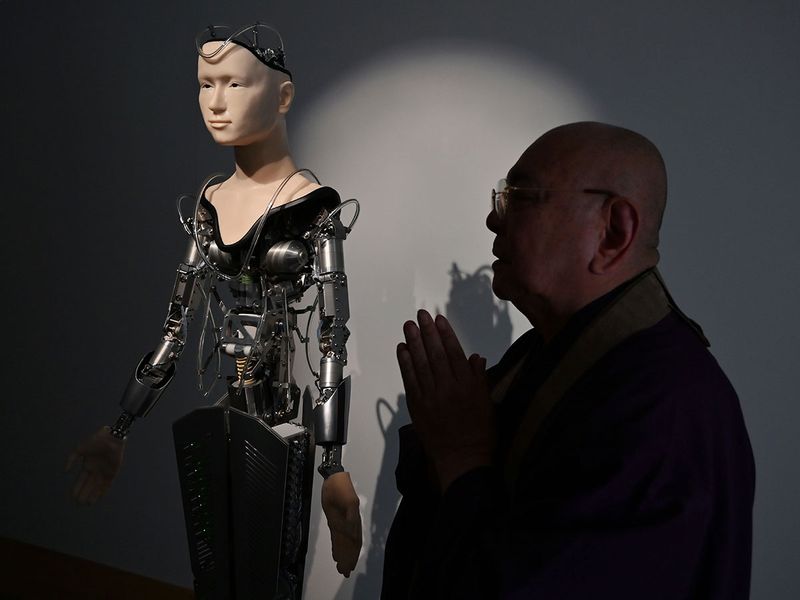 But what of those of us who are ‘spiritual but not religious’? Here I can only speak for myself. I’m a spiritualist. I don’t believe in ‘a god’, rather I believe that the divine spark of universal consciousness exists within each one of us. If you have no need of a human priest, as I do not, then perhaps you would not have a huge problem with consider teaching or guidance offered by an AI robot in the role of teacher or guide. For me, it would be on a par with receiving helpful information from the internet, or from a book, or indeed from a slightly distant acquaintance who doesn’t know me well but is trying nonetheless to say something constructive. As in, I wouldn’t base my life choices on it, but nor would I necessarily disregard it either.

Of course, we are not at that point yet, and we may never reach it. If you were to approach a priest (or a trusted elder of any kind) looking for guidance on a difficult personal issue, we are still many, many years away from a time when an AI entity could understand not just your words, but the nuances of your words, and your body language, and your history, in order to fully comprehend what you are really saying, and to offer your appropriate tailored advice. 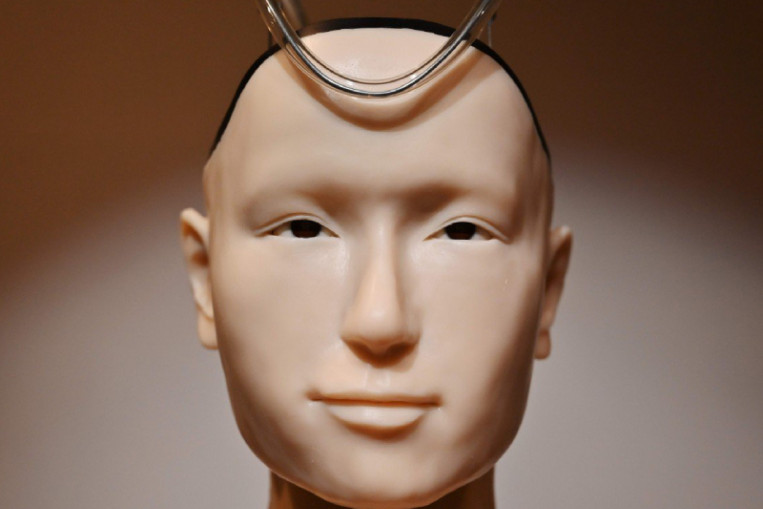 At best one can imagine the robotic AI might be able to point you towards a piece of relevant scripture, leaving the interpretation up to you. But then, isn’t that empowering? Doesn’t that put you back in charge of your own spirituality? Is that not a desirable thing?

At the very least, robotic priests do offer up some fascinating questions to consider. Take prayer, for example. If you were to ask a robotic priest to pray for you, it might be able to say the appropriate words – but would they count? I don’t pray, but I imagine it might only count if you believed that the AI priest had a consciousness and/or a soul. Would it have? Could it ever have? It’s lab-made for sure, but so in many meaningful ways are IVF children – we do not value them any the less for that, and we certainly don’t imagine that they have no consciousness or soul.

Perhaps the issue of whether robotic AI priests would be a blessing or a curse depends almost entirely on how you approach the question – and that depends entirely on your own religious or spiritual views. However, if the issue of robotic priests can open up a debate or make people think carefully about their own faith, and about issues like consciousness and soul, they will already have played a part in mankind’s spiritual development.