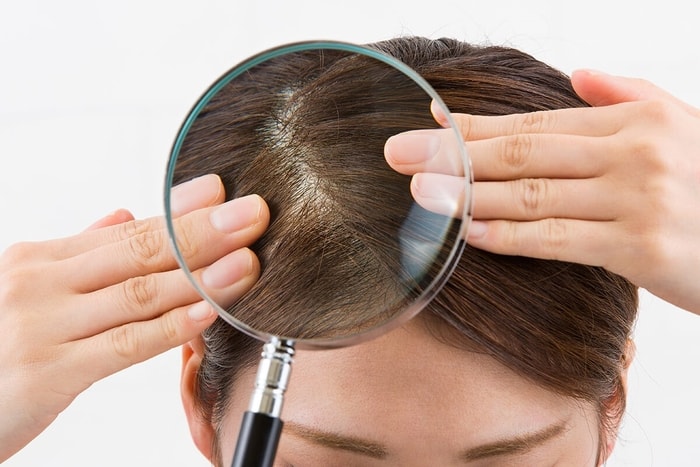 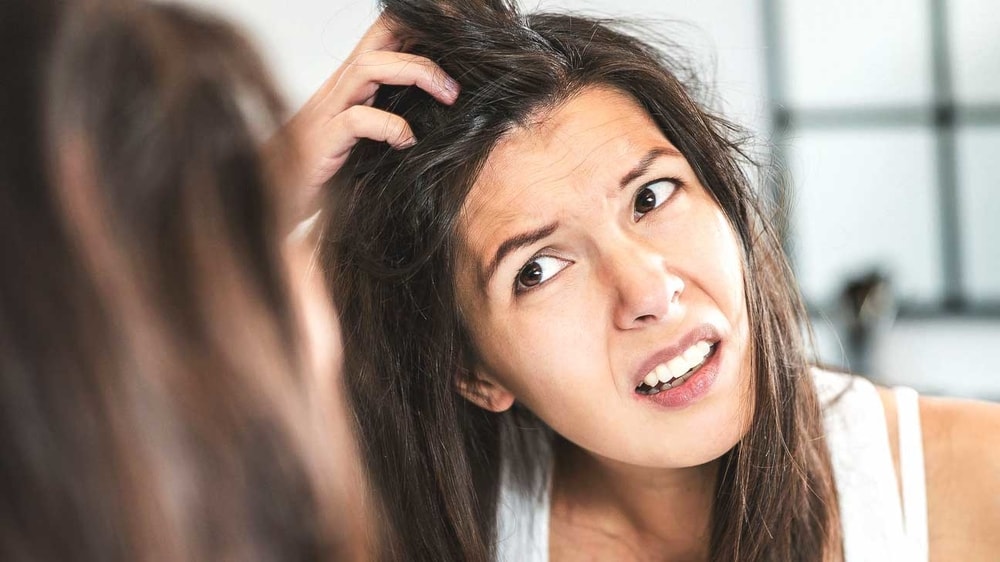 Have you ever looked down at your clothes and noticed the embarrassing, tell-tale signs of a flaking scalp? If so, you’re not alone — dandruff affects one in five people in the United States. But it’s important to understand the reason for those flakes: It could be a sign of normal dryness, a pesky fungal infection, or a serious autoimmune condition.

Almost everyone will experience, especially during the dryer winter months, those bothersome white flakes that land on the shoulders, ruining the crisp appearance of clean, dark clothes. But do you know what’s behind those flakes? Understanding the root cause of dandruff is critical to knowing the best way to respond. The good news is, there are proven natural remedies that can reverse the cause, regardless of whether it’s seasonal dryness, or something more deeply rooted.

A Case of Seasonal Dryness

When dandruff flakes are produced by dry scalp, it is considered a normal condition, albeit an annoying one. Seasonal changes brought on by decreased humidity and the use of forced-air heat can zap moisture from the scalp and cause itching, especially in people who shampoo frequently, use heated styling tools, or have a build-up of styling product on the hair. Seasonal flakes are often met with harsh dandruff treatments, many of which can further irritate the scalp. The active ingredient in most OTC dandruff shampoos, zinc pyrithione — a potent antibacterial and antifungal — is the dry scalp treatment equivalent to swatting a fly with a sledgehammer! In rare cases, it can even bring about allergic reactions for some individuals.

If you’re affected by occasional dry scalp, skip the harsh medicated treatments and try a simple, natural remedy to hydrate the scalp. Consider treating yourself to once-weekly scalp massages with warmed oil, an ancient Ayurvedic practice that calls exclusively for the use of food-grade oils such as coconut or organic sesame. Naturally healing, a warm coconut oil massage nourishes and moisturizes the skin, while deep-conditioning the hair. Adding a few drops of a favorite essential oil (such as lavender or bergamot) will provide a better side-effect than anything the doctor could order — deep relaxation and stress-relief.

If you’re troubled by flakes that are slightly larger, yellowish in color, and possessing an oily texture, you may be dealing with chronic dandruff, also referred to as seborrheic dermatitis. Seborrheic dermatitis can present year-round, and is often exacerbated by warm, humid weather. Less common than dry scalp, an estimated 3 million cases of dermatitis are reported in the US each year. This condition affects infants as well as the aged, with infants regarded as having “diaper rash” when dermatitis presents.

Characterized by scaly, red skin and chronic itching, researchers have not reached a consensus regarding what causes dermatitis. Considered by some to be a fungal infection, many treatments are aimed at eliminating yeast growth in and on the body. Still other treatments are aimed at reducing inflammation. Both routes are fraught with risks to overall health and vitality. Antifungals are associated with numerous health concerns, including increased estrogen levels and liver toxicity.Risks associated with corticosteroid use include depression, hypertension, ulcers and increased chance of heart disease, among other significant health risks.

Fortunately, sufferers of both mild seasonal dandruff and chronic dermatitis can look to the natural world for relief that does not require a black box warning. Something as simple as diluted honey has been shown to markedly improve itching and scaling of the scalp. A 2001 study examined the antibacterial, antifungal, and antioxidant qualities of honey as a natural remedy for dandruff and seborrheic dermatitis. Published in the European Journal of Medicine, “Therapeutic and prophylactic effects of crude honey on chronic seborrheic dermatitis and dandruff” explored the topical application of raw honey to thirty patients demonstrating chronic seborrheic dermatitis of the scalp, face, and chest. The patients were comprised of twenty male subjects and ten females, between the ages of 15 and 60 years. Presenting symptoms included scaling, itching, hair loss, and lesions.

Patients were instructed to apply the honey, diluted with 10% warm water, every other day to affected areas, using a gentle rubbing motion for 2-3 minutes. After 3 hours, the honey was rinsed off using warm water. Patients were monitored for changes in symptoms during the 4-week treatment period. Researchers were amazed at the results. Steroids and antifungals often require several courses of medication to effect a change IF they work at all. But using plain, crude honey, within one week, itching was relieved, and scaling disappeared. Within two weeks, skin lesions healed and faded. Hair loss was also improved in some patients.

To test the long-term effects that patients might receive, half of patients who had benefited from treatment continued to receive honey application once per week, while the other half received no ongoing treatment. After six months, “None of the patients treated with [ongoing] honey application showed relapse… while the patients who had no prophylactic treatment with honey experienced a relapse of lesions 2-4 months after stopping treatment.” Researchers concluded that “crude honey could markedly improve seborrheic dermatitis and associated hair loss and prevent relapse when applied weekly.”

Skin pathogens are anecdotally linked to seborrheic dermatitis and dandruff, perhaps explaining honey’s demonstrable therapeutic effects. Imbued with natural antifungal and antibacterial properties, honey actually destroys pathogenic bacteria, including the deadly MRSA, while fostering the growth of good bacteria. Long-considered one of nature’s greatest gifts to mankind, honey has even more amazing healing properties, including preventing weight-loss and gastric lining damage post-chemotherapy. With more than 150 different abstracts related to the health benefits of honey, it’s easy to see why the ancient Egyptians placed it in the tombs of pharaohs as a gift to the Gods![8] 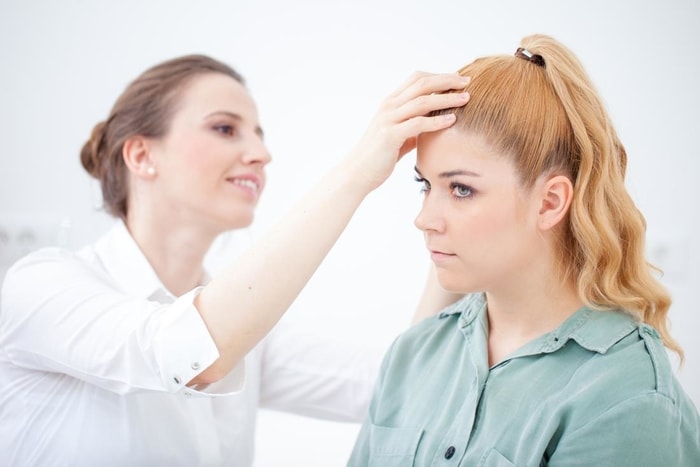 According to the American Academy of Dermatology Association, psoriasis affects 7.5 million people in the United States.[9] A chronic disease that causes skin cells to grow quicker than they can be shed, there is no cure for psoriasis. Symptomatic episodes often flare, then abate, in a cycle that can continue throughout a person’s lifetime. The goal of Western medical treatment, as is often the case, is to merely manage symptoms. These symptoms include red, patchy skin that can be both itchy and painful. Skin can take on a dry, cracked appearance, or resemble thick, silvery scales. Skin may crack and bleed. There are several classifications of the condition, including plaque psoriasis (the most common form), and psoriatic arthritis which produces stiff, swollen joints and can lead to permanent deformities.

Once again, treatments for psoriasis include the go-to pharmaceutical arsenal of steroids and immunosuppressive drugs aimed at stopping the rapid turnover of skin cells. As we have seen time and again with chemically-derived drug treatments, the effects are never limited to just “problem” cells. Side effects of these treatments can be severe, including infections and cancer, especially related to the skin.

As researchers plumb nature’s pharmacopeia, we are routinely rewarded by plant-based remedies that produce better results than can be obtained through pharmaceuticals, and with fewer-to-no side effects. In April 2018, a group of researchers released one such report, on the potent anti-inflammatory properties of turmeric and its therapeutic effect on psoriasis. Published in the April Journal of Cosmetic Dermatology, “Turmeric tonic as a treatment in scalp psoriasis: A randomized placebo-control clinical trial”, follows forty patients with mild-to-moderate scalp psoriasis through a 9-week intervention. Topical applications of turmeric tonic were applied twice-daily, with a control group applying a placebo in the same manner. Patients were evaluated at baseline, 3, 6, and 9 weeks, and were assessed for dermatologic quality-of-life indicators as well as psoriasis area and severity scores. Probable adverse effects were recorded and reported.

Results from this study are highly optimistic; improvements were reported across all indicators. “Compared to the placebo, turmeric tonic significantly reduced the erythema, scaling, and induration of lesions, and improved the patients’ quality of life.” Patients reported no serious adverse effects. Researchers concluded that the clinical effects of turmeric tonic on scalp psoriasis were satisfactory, overall, and recommended that turmeric be considered as a treatment for scalp psoriasis.

Despite Western medicine’s knee-jerk response to most afflictions — whipping out a prescription pad — for those who wish to explore natural remedies first, you may find that you need look no further than nature to treat your dandruff condition. From wild honey to fragrant yellow turmeric, science continues to support what herbalists and natural healers have known for millennia: nothing heals better than Nature herself! 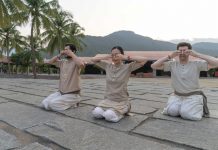 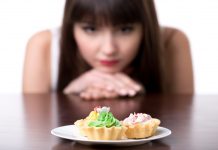 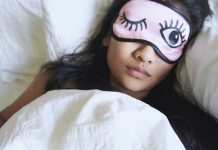