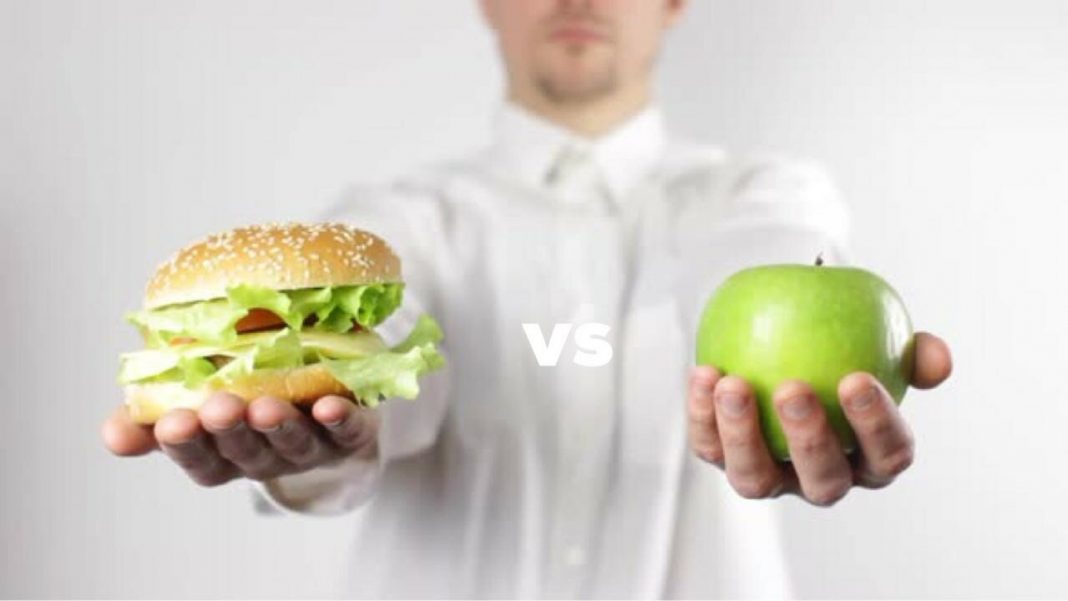 Nutrition affects everyone, and there are many approaches and beliefs about what’s best.

Even with evidence to support them, mainstream and alternative practitioners often disagree on best practices.

However, some people hold beliefs about nutrition that have no scientific support.

This article looks at some of the myths that people sometimes share in the field of alternative nutrition.

Sugar occurs naturally in many foods, especially fruits and vegetables. However, it’s also a popular additive.

There’s plenty of evidence that adding too much sugar to food is harmful. Scientists have linked it with obesity, insulin resistance, increases in belly fat and liver fat, and diseases such as type 2 diabetes and heart disease.

However, avoiding added sugar can be difficult. One reason is that manufacturers add it to many premade foods, including savory sauces and fast foods.

In addition, some people experience cravings for foods that are high in sugar.

This has led some experts to believe that sugar and the foods that contain it have addictive properties.

There’s evidence to support this in both animals and humans. Sugar can activate the same areas in the brain as recreational drugs, and it can cause similar behavioral symptoms.

Some go as far as to claim that sugar is 8 times more addictive than cocaine.

This claim stems from a study that found that rats preferred water sweetened with sugar or saccharin over intravenous cocaine.

It was a striking result but didn’t prove that sugar has an eightfold addictive lure for humans, compared to cocaine.

Sugar can trigger health problems, and it may be addictive. However, it’s unlikely to be more addictive than cocaine.

Sugar can be an unhealthy addition to food, and it may be addictive. However, it’s unlikely to be 8 times as addictive as cocaine.

2. Calories Don’t Matter at All

Some people think that calories are all that matter for weight loss.

Others say that you can lose weight no matter how many calories you eat, as long as you choose the right foods. They consider calories irrelevant.

The truth is somewhere in between.

boosting metabolism, which increases the number of calories you use

reducing appetite, which decreases the number of calories you consume

Many people can lose weight without counting calories.

However, it’s a fact that if you lose weight, more calories are leaving your body than entering it.

While some foods may help you lose weight more than others, calories will always affect weight loss and weight gain.

This doesn’t mean that you need to count calories to lose weight.

Changing your diet so that weight loss happens on “autopilot” can be just as effective, if not better.

3. Cooking With Olive Oil is a Bad Idea

Extra virgin olive oil is one of the healthiest fats available.

However, many people believe it’s unhealthy to use it for cooking.

Fats and antioxidants are sensitive to heat. When you apply heat, harmful compounds may form.

However, this mainly applies to oils that are high in polyunsaturated fatty acids, such as soybean and corn oils.

The polyunsaturated fat content of olive oil is only 10–11%. This is low, compared with most other plant oils.

Indeed, studies have shown that olive oil maintains some of its healthful properties, even at high heat.

Although there may be a loss of antioxidants, vitamin E, and flavor, olive oil retains most of its nutritional properties when heated.

Olive oil is a healthy choice of oil, whether raw or in cooking. 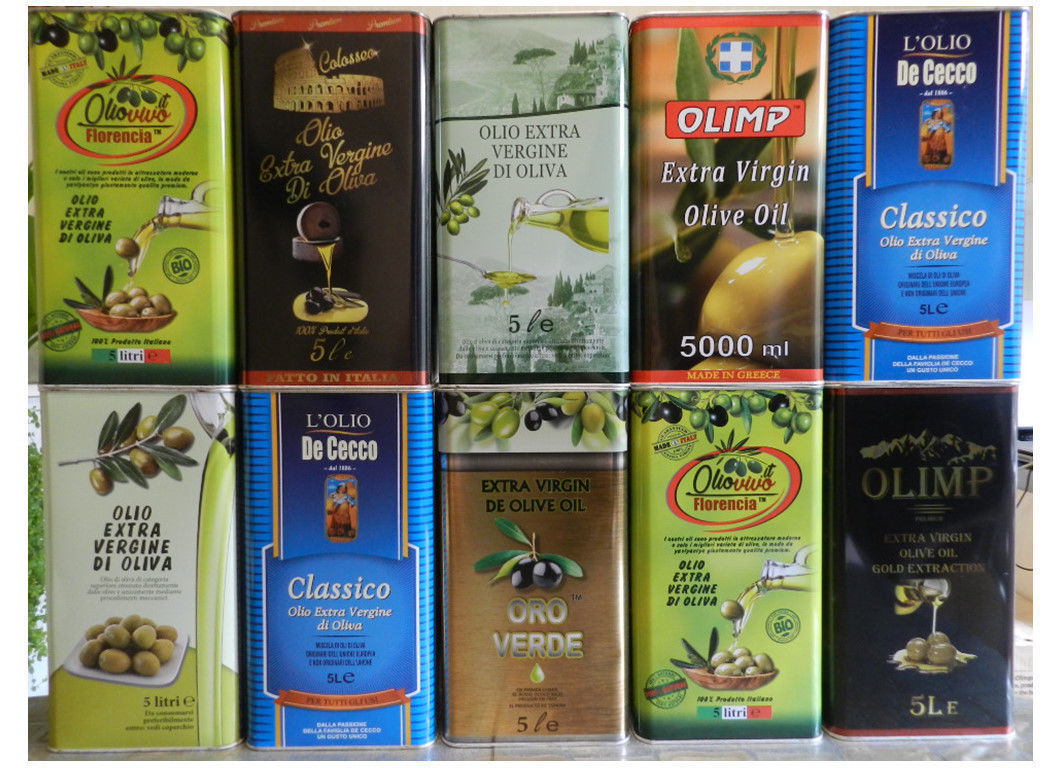 Olive oil can be a suitable choice for cooking. Studies show that it can withstand cooking temperatures, even for long periods of time.

Heating food in a microwave oven is fast and highly convenient, but some people believe this comes at a cost.

They claim that microwaves produce harmful radiation and can damage the nutrients in food. However, there doesn’t appear to be any published evidence to support this.

Microwave ovens use radiation, but their design prevents this from escaping.

In fact, research suggests that microwave cooking may be better for preserving nutrients than other cooking methods, such as boiling or frying.

There’s no scientific evidence that microwave cooking is harmful. 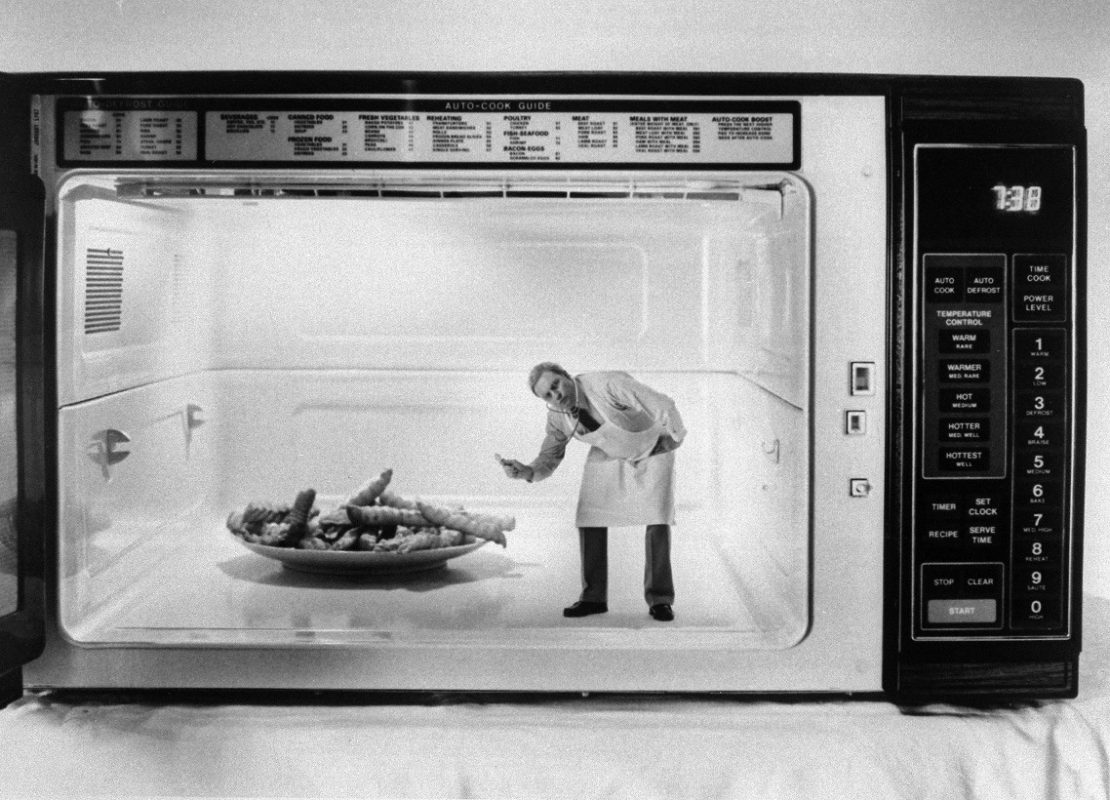 No published studies show that microwave ovens are harmful. On the contrary, some research suggests they may help preserve nutrients that other cooking methods destroy.

Nutritionists often disagree on the effect of saturated fats and dietary cholesterol.

Mainstream organizations, such as the American Heart Association (AHA) recommend limiting the intake of saturated fats to 5–6% of calories, while the 2015–2020 Dietary Guidelines for Americans recommend a maximum of 10% for the general population.

Meanwhile, some evidence suggests that consuming foods that are high in cholesterol and saturated fats may not increase the risk of heart disease.

The Dietary Guidelines no longer contain advice on limiting cholesterol intake to 300 mg a day in 2015. However, they still recommend eating as little dietary cholesterol as possible while following a healthy diet.

However, some people have misunderstood this and believe that blood cholesterol levels are also unimportant.

Having high levels of cholesterol in your blood can increase your cardiovascular disease and other health conditions. You shouldn’t disregard them.

Following a healthful lifestyle — including a diet that’s rich in fresh fruits and vegetables and low in processed foods, fat, and sugar — can help you maintain suitable cholesterol levels.

Cholesterol and saturated fat in foods may be harmless, but cholesterol levels in the bloodstream can affect your heart disease risk.

Mycotoxins are toxins that come from molds.

They’re present in many popular foods.

There’s a myth that most coffee contains harmful levels of mycotoxins.

However, this is unlikely to be true. There are strict regulations controlling mycotoxin levels in foods. If a crop exceeds the safety limit, the producer must discard it.

Both molds and mycotoxins are common environmental compounds. In some places, almost every person has detectable levels of mycotoxins in their blood.

Studies show that if you drink 4 cups of coffee a day, you would consume only 2% of the mycotoxin intake that’s deemed safe. These levels are well within the safety margin.

There’s no need to fear coffee due to mycotoxins. 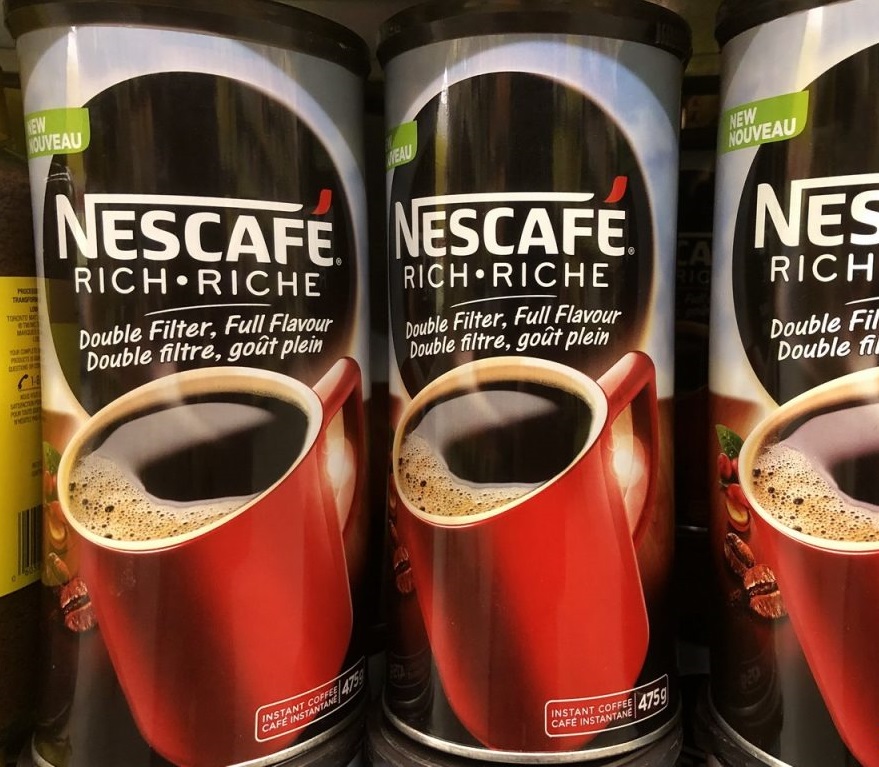 Mycotoxins are everywhere, but the levels in coffee are well within safety limits.

Foods have either an acidic or an alkaline effect on the body.

Acidic foods lower the pH value of the blood, making it more acidic.

Cancer cells only grow in an acidic environment.

However, research doesn’t support this view. The truth is, the body regulates the blood’s pH value, regardless of diet. It only changes significantly if a person has severe poisoning or a health condition such as chronic kidney disease.

A person’s blood is slightly alkaline by default, and cancer can also grow in an alkaline environment.

People who support the diet recommend avoiding meat, dairy, and grains, which they call acidic foods. “Alkaline” foods are mostly plant-based foods, such as vegetables and fruit.

The alkaline diet may be healthy, but that’s because it’s based on healthy, whole foods. Whether these foods are “alkaline” or “acidic” is unlikely to have an effect.

Foods cannot change the pH value (acidity) of the blood in healthy people. There’s no convincing evidence to support the alkaline diet.

8. Eating Dairy is Bad for Your Bones

Another myth states that dairy causes osteoporosis. This is an extension of the alkaline diet myth.

Supporters claim that dairy protein makes the blood acidic and the body takes calcium out of your bones to neutralize the acidity.

In reality, there are several properties in dairy foods that support bone health.

They’re a good source of calcium and phosphorus, the main building blocks of bones. They also contain vitamin K-2, which may contribute to bone formation.

They’re also a good source of protein, which is useful for bone health, according to research.

Studies indicate that dairy products can improve bone health in all age groups by increasing bone density and lowering the risk of fractures.

Many of these studies are controlled trials in humans.

While dairy isn’t essential for bone health, it can be highly beneficial. 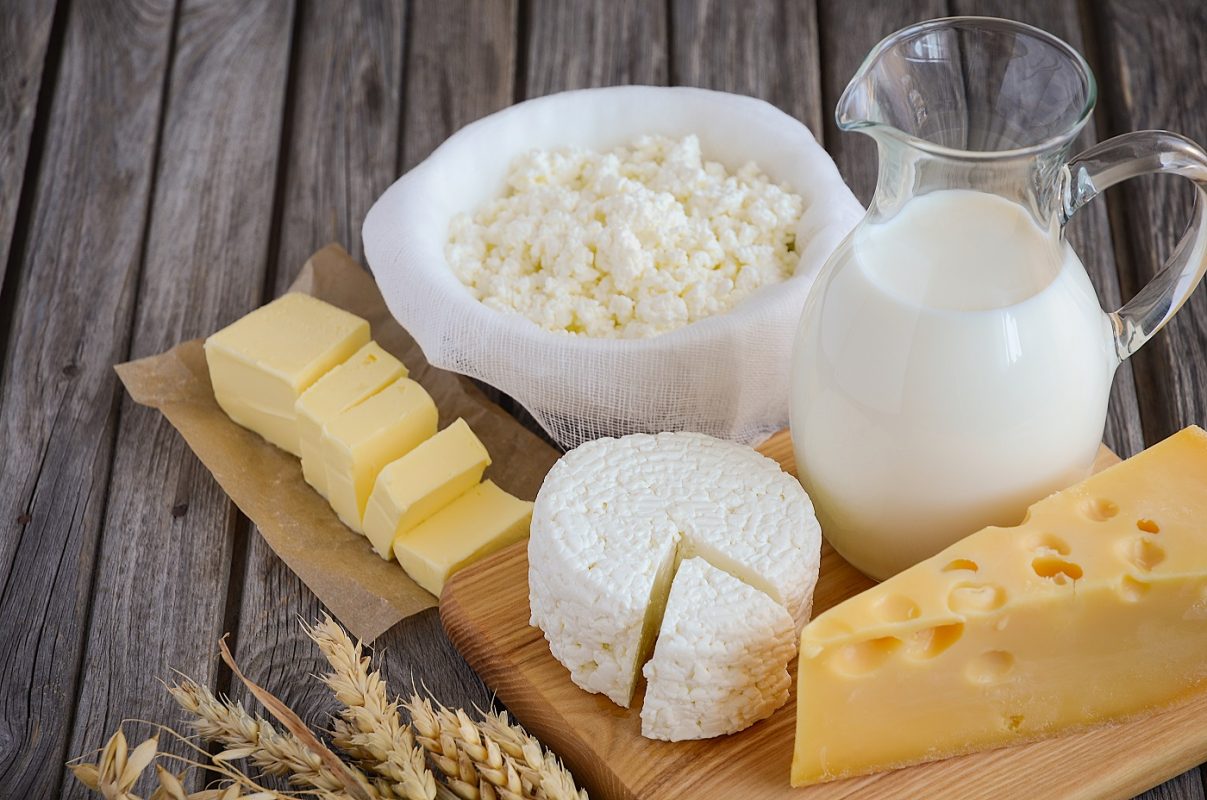 Some people claim that dairy products can harm bone health, but most studies show the opposite.

If lowering carbs can help treat certain health problems, some people believe carbs must have caused the problem in the first place.

As a result, many low-carbers have come to demonize all high carb foods, including those that offer a range of benefits, such as potatoes, apples, and carrots.

It’s true that refined carbs, including added sugars and refined grains, can contribute to weight gain and metabolic disease.

However, this is not true for whole carbohydrate sources.

When metabolic problems already exist — such as with obesity and type 2 diabetes — a low carb diet can help.

However, that doesn’t mean that carbs caused these health problems.

Many people remain in excellent health while eating plenty of unprocessed high carbohydrate foods, such as whole grains.

A low carb diet is a healthy option for some people, but it’s not necessary or suitable for everyone.

Low carb diets can help some people, but this doesn’t mean that carbs are unhealthy, especially those that are whole and unprocessed.

10. Agave Nectar is a Healthy Sweetener

The health food market has expanded rapidly in recent years, but not all of its products are healthy.

One example is the sweetener agave nectar.

Added sugars can cause health problems, and one reason is their high fructose content.

The liver can only metabolize certain amounts of fructose. If there’s too much fructose, the liver starts turning it into fat.

Experts believe this may be a key driver of many common diseases.

Agave nectar has a higher fructose content than both regular sugar and high fructose corn syrup.

Sugar contains 50% glucose and 50% fructose, but agave nectar is 85% fructose.

This may make agave nectar one of the least healthy sweeteners on the market. 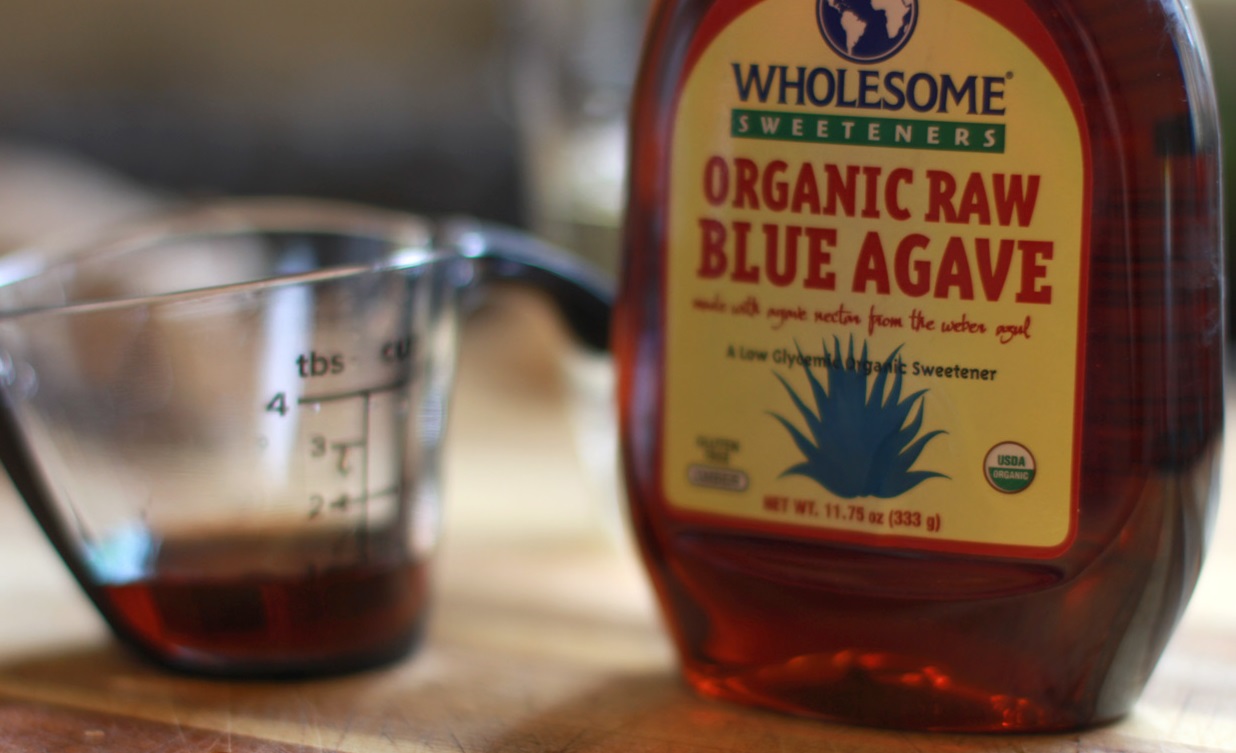 Agave nectar is high in fructose, which can be difficult for the liver to metabolize. It is better to avoid sweeteners and added sugar where possible.