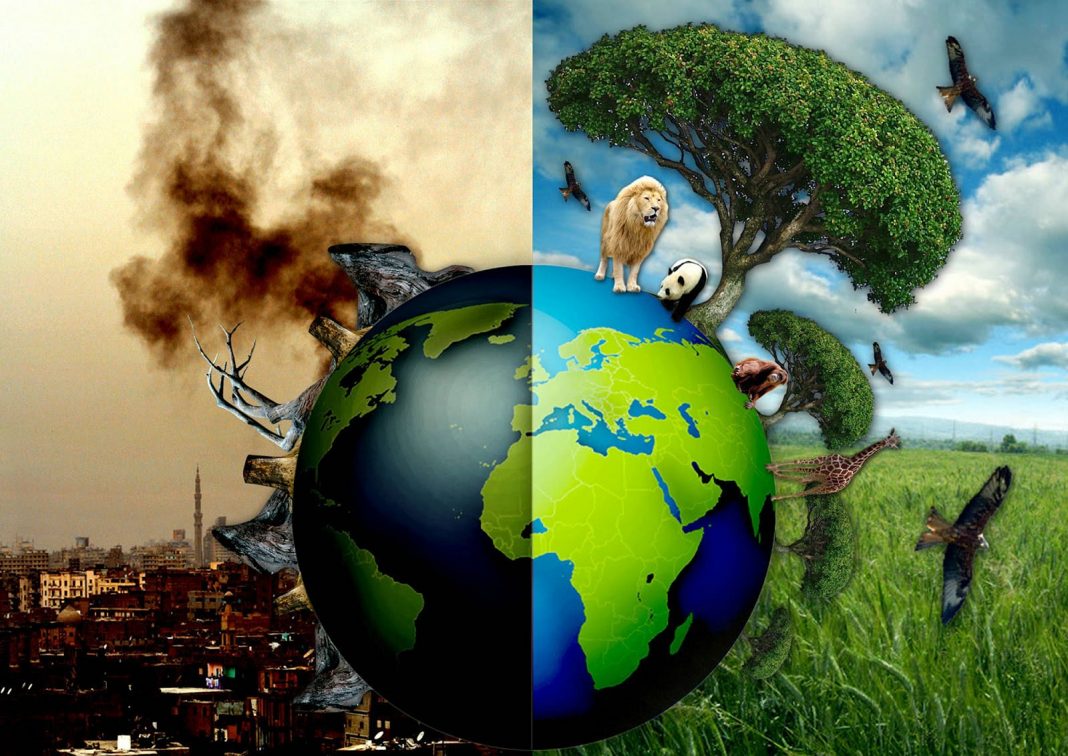 Let’s be honest, 2019 was a rough year for the planet. Despite some environmental victories along the way, we saw the extinction crisis deepen, efforts to curtail climate change blocked at almost every turn, and the oceans continue to warm. We also heard new revelations about ways that plastics and chemicals harm our bodies, saw the political realm become even more polarized, and experienced yet another round of record-breaking temperatures.

So what should we expect for 2020? Here are eight of the big environmental topics we think will capture headlines in the year ahead.

1. The Poster Child of the Extinction Crisis

We expect to see a wide range of endangered species in the news this coming year, but few will face threats so urgently as the vaquita porpoise (Phocoena sinus).

As we’ve written here before, the vaquita is in perilous territory, with a population of as few as 10 now remaining. The good news is that scientists recently observed adult vaquitas with two newborn calves, so they’re still finding each other and breeding. The bad news is that Mexico has failed in its promises to keep fishermen and illegal gillnets off the water, so the pressures on this species continue to rise.

We anticipate that 2020 will show whether human beings will let this species go extinct in full view of the world or step up to save it. 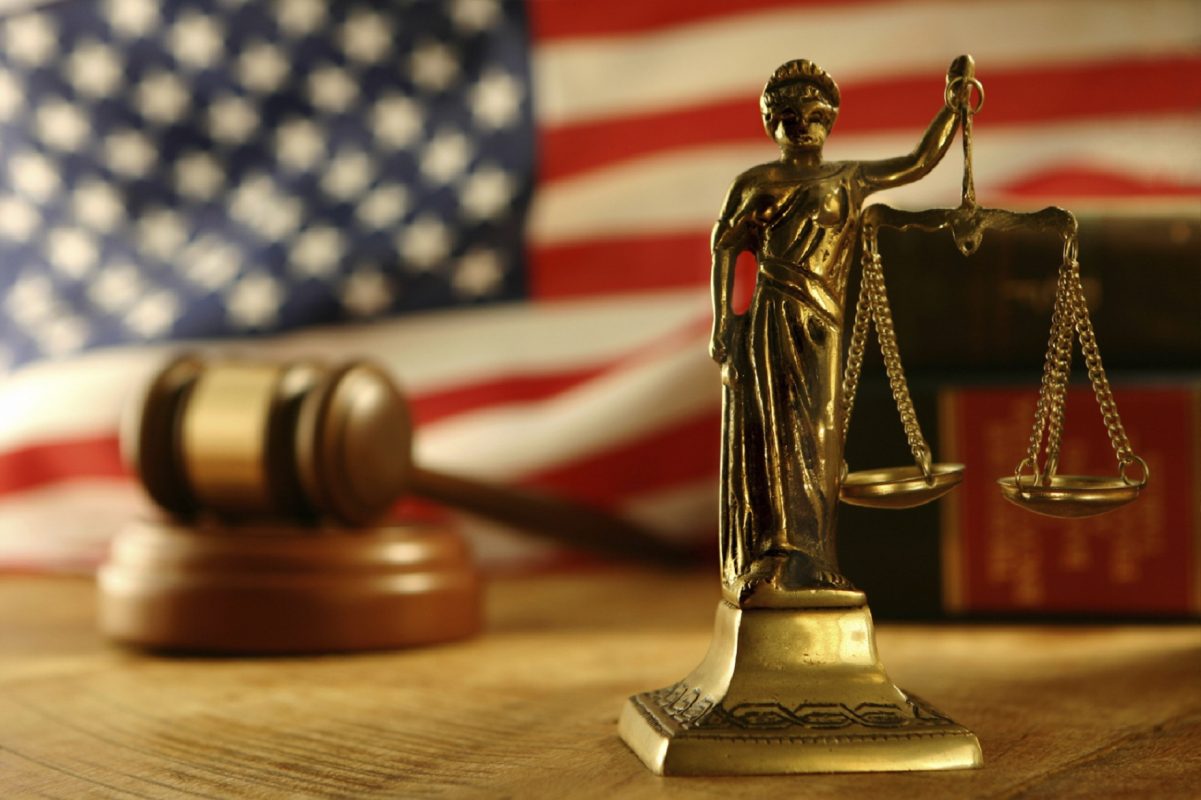 The lasting impact of the Trump administration may soon be felt in the courts, especially in the Supreme Court, where Brett Kavanaugh has made clear his devotion to the “less is more” principles of government espoused by the Federalist Society.

If the Society and Kavanaugh get their way, the federal government could lose much of its ability to allow agencies like the EPA to regulate…well, anything. As Ian Millhiser wrote recently in Vox:

“It’s impossible to exaggerate the importance of this issue. Countless federal laws, from the Clean Air Act to the Affordable Care Act, lay out a broad federal policy and delegate to an agency the power to implement the details of that policy. Under Kavanaugh’s approach, many of these laws are unconstitutional, as are numerous existing regulations governing polluters, health providers, and employers.”

The conservative wing of the Supreme Court currently holds the majority, and that’s not likely to change anytime soon (thanks, Mitch McConnell), so we expect this issue to rear its ugly head sooner rather than later, and well beyond the next presidential election. 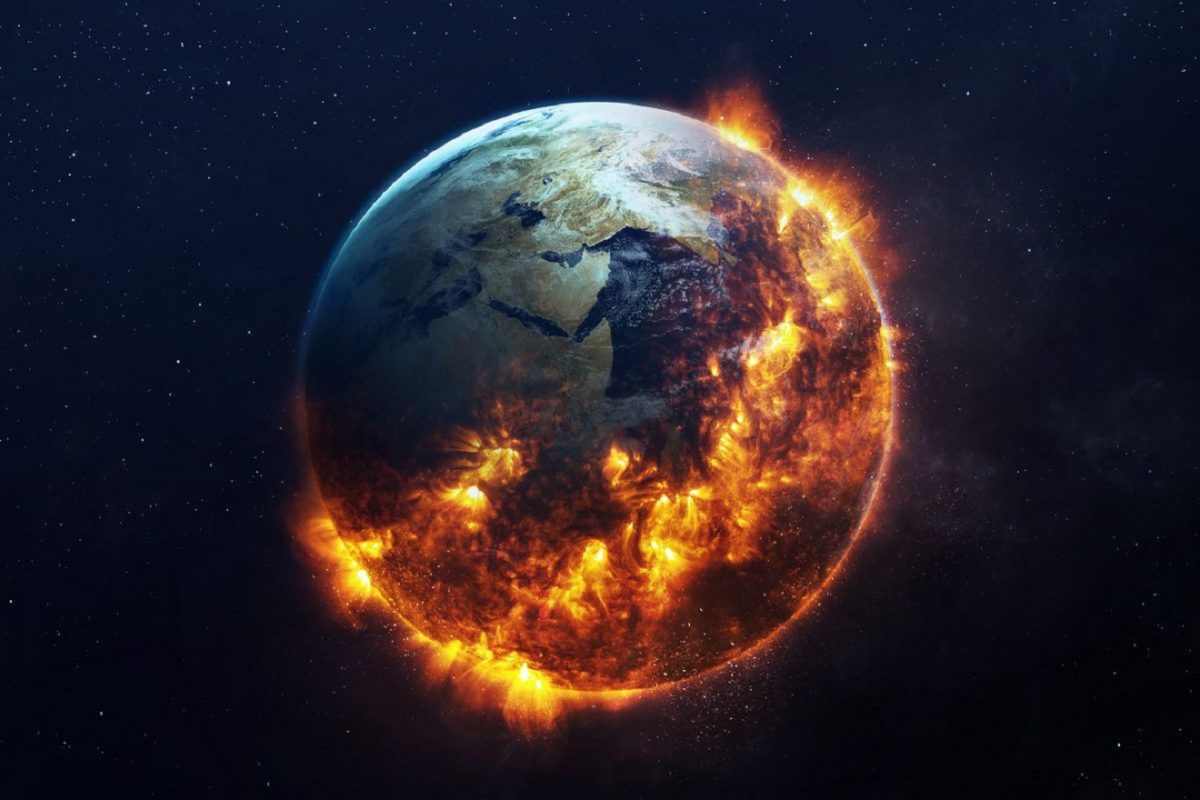 Will we experience a true climate tipping point this year? If so, which way will it tip?

On the one hand, people are clamoring more and more loudly for climate action, with activists like Greta Thunberg leading the charge.

On the other hand, the most recent UN climate change conference (COP25) was…a bit of a disappointing failure, thanks in no small part to the fact that the fossil fuel industry sponsored much of the event.

Still, we’re going to see a lot of new data and science come out this year, and we may find out if the efforts we’ve already started making have paid off yet. One noteworthy example: The coal industry is in the process of dying a slow death, so even though total worldwide emissions are up, coal emissions are headed down.

What does that mean? According to the experts, this could be the year greenhouse gas emissions peak or flatline — or they could start climbing even more. It’s up to us. 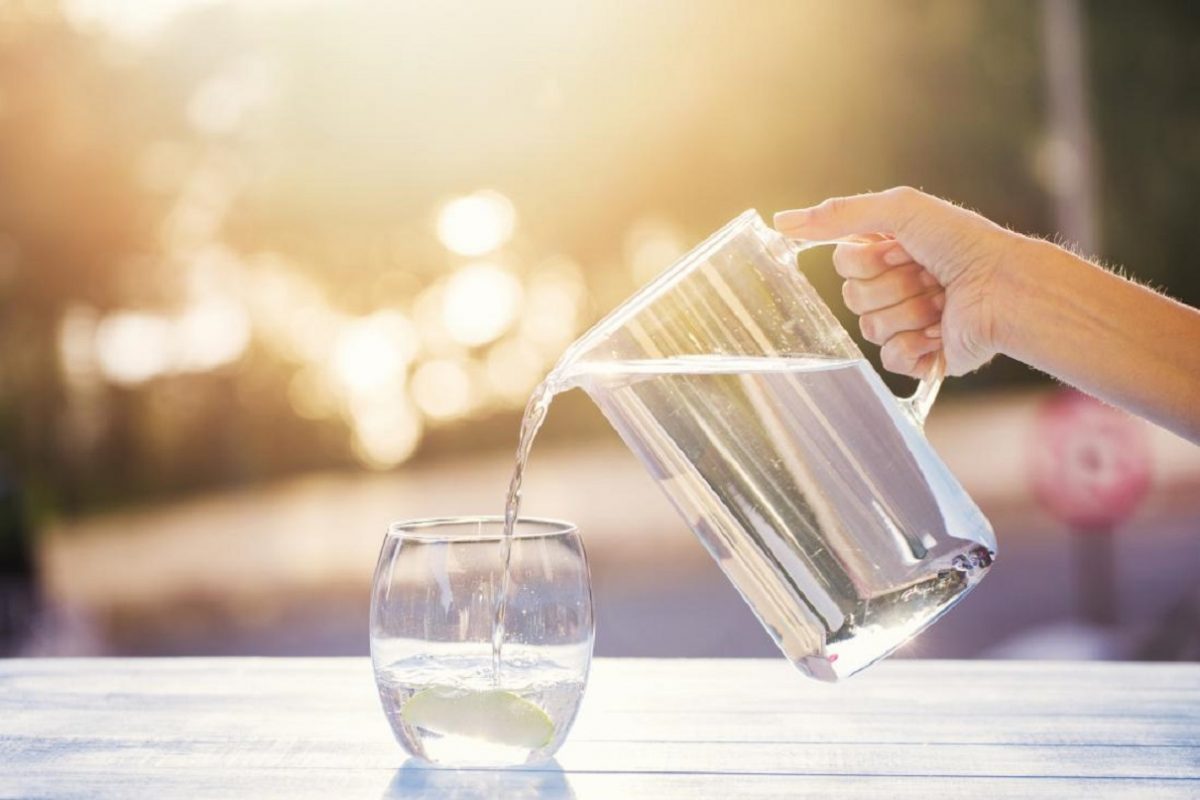 After the federal government dropped the ball in 2019, we expect to see another push this year for meaningful action to limit the harm caused by per- and polyfluoroalkyl substances (PFAS) — the suite of toxic “forever chemicals” that stubbornly don’t break down in the environment or our bodies.

PFAS are found in thousands of consumer and industrial products, including nonstick pans, waterproof clothing, stain-resistant furniture, food wrappers, personal care goods and firefighting foam. They’ve been linked to cancer, liver damage and reproductive and immune-system problems. Millions of Americans are believed to be drinking water contaminated with PFAS, including the residents of 175 military installations, and the dangerous chemicals have been found in soil and food, too.

After federal agencies did nothing substantial on the issue, it looked like there might be congressional action. But language that would have required the EPA to set a drinking-water standard for PFAS and for the federal government to aid in cleaning polluted areas was dropped from the National Defense Authorization Act in December. Democrats have vowed to take up the issue again this year, and advocates want to see a federal standard strict enough to protect public health. We expect vigorous discussions and more than a few worries along the way. 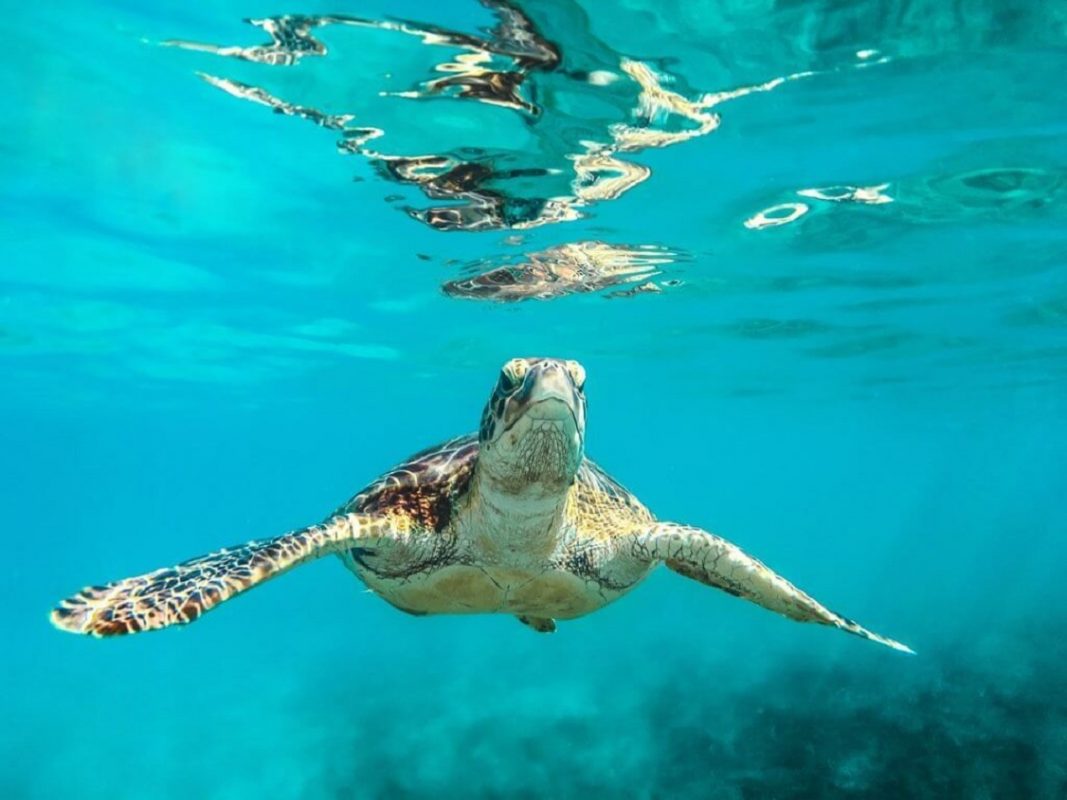 In 2019 we got serving after serving of bad news about how climate change is warming waters, driving oxygen loss and increasing sea level rise in the ocean — threatening biodiversity, fisheries and coastal communities.

This year we could see some steps toward solutions.

Expect to hear more about action on ocean protection this year, not just in the U.S. but internationally. After years of talks, the United Nations is set to finalize a global ocean treaty in 2020, although there’s a fear it will fall far short of what’s needed to thwart the biodiversity crisis.

Many of the country’s most remote and wild public lands face big threats this year, continuing the trend we’ve seen since the last presidential election. Two will remain particularly noteworthy.

One, the Forest Service is expected to finalize a Trump administration proposal to lift the Roadless Area Conservation Rule for Alaska’s Tongass National Forest. The rewrite, due this summer, could open millions of acres of old-growth forest and salmon spawning habitat to timber, mining and other development.

Two, the decades-long battle over drilling continues in the wildlife-rich and culturally important Arctic National Wildlife Refuge. A rider in a 2017 tax bill passed by the Republican-led Congress greenlighted two oil and gas lease sales in the refuge’s coastal plain. The Trump administration is likely to hold those in 2020. It’s unclear yet how interested oil companies will be, but a move to begin drilling in the refuge is staunchly opposed by Indigenous communities, environmental groups and the majority of U.S. voters. 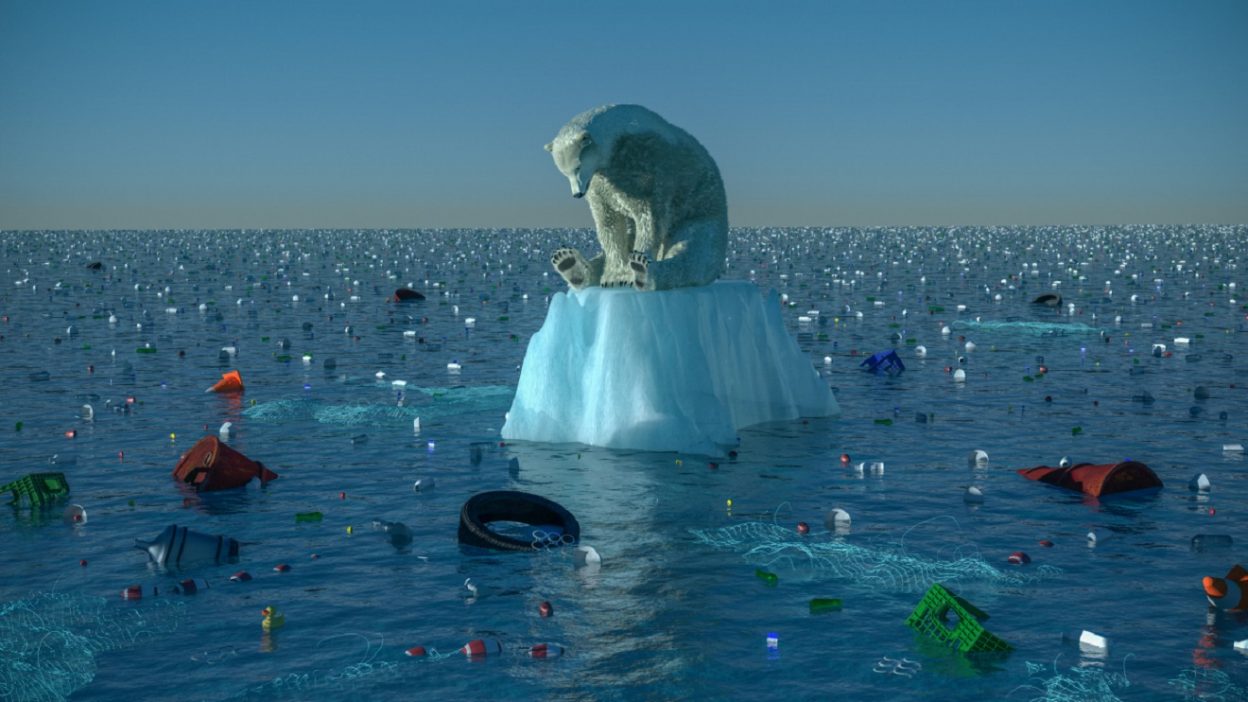 With pending legislation that aims to cut plastic waste 75 percent by 2030, California will take another run this year at passing a first-of-its-kind (in the United States) effort to hold companies that make plastic products accountable for their waste. The bill stalled last year, but proponents will renew efforts in 2020.

They face stiff opposition from plastic and fossil fuel companies that are busy turning cheap fracked gas into more plastics. Petrochemical companies are planning a massive buildout of infrastructure in the Gulf coast and the Ohio River Valley to facilitate the production of more plastics, both at home and abroad.

We expect to see continued efforts to inform consumers about their buying choices, but in the next year the fight against plastic pollution will be much less about straw bans and more about fighting the root causes and stopping it at the source.

The upcoming presidential election will dominate the conversation in the coming months, but let’s make sure to pay attention to every other race out there on the federal, state and local level.
All these elections will add up — and collectively they could determine the future of just about every environmental issue listed above. 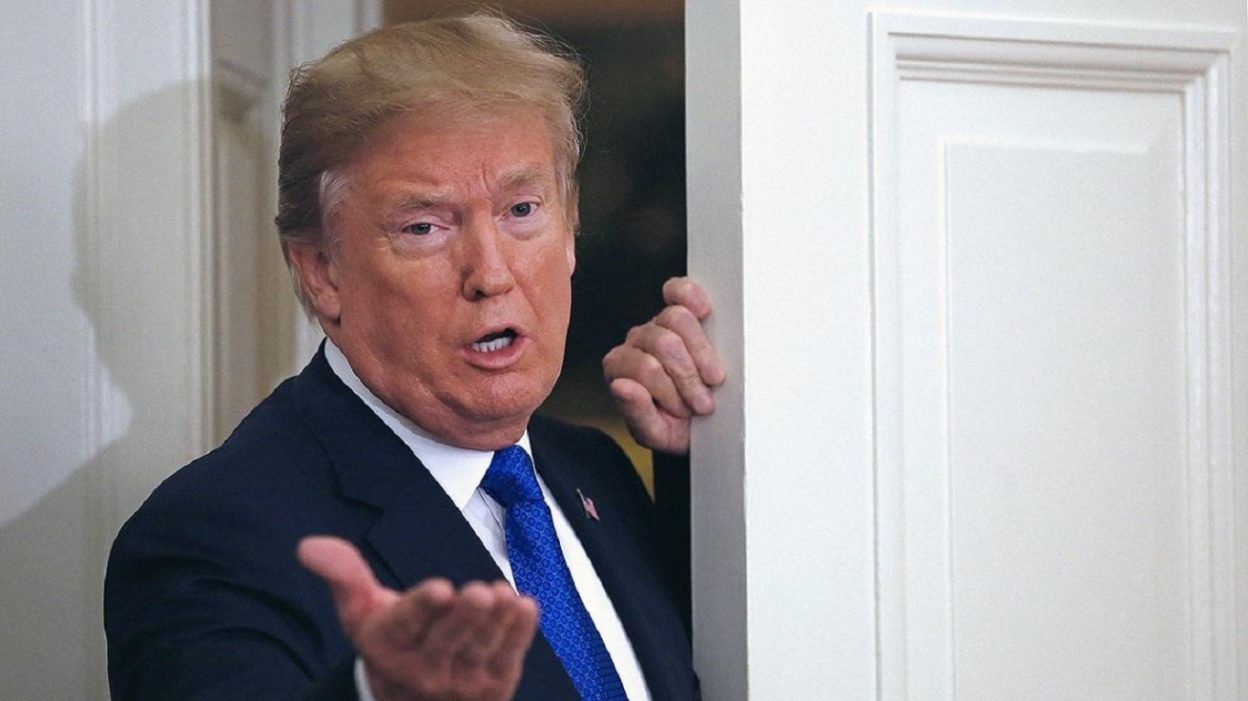 We Thought We Knew How Sperm Swam, But It Was Just an Optical Illusion