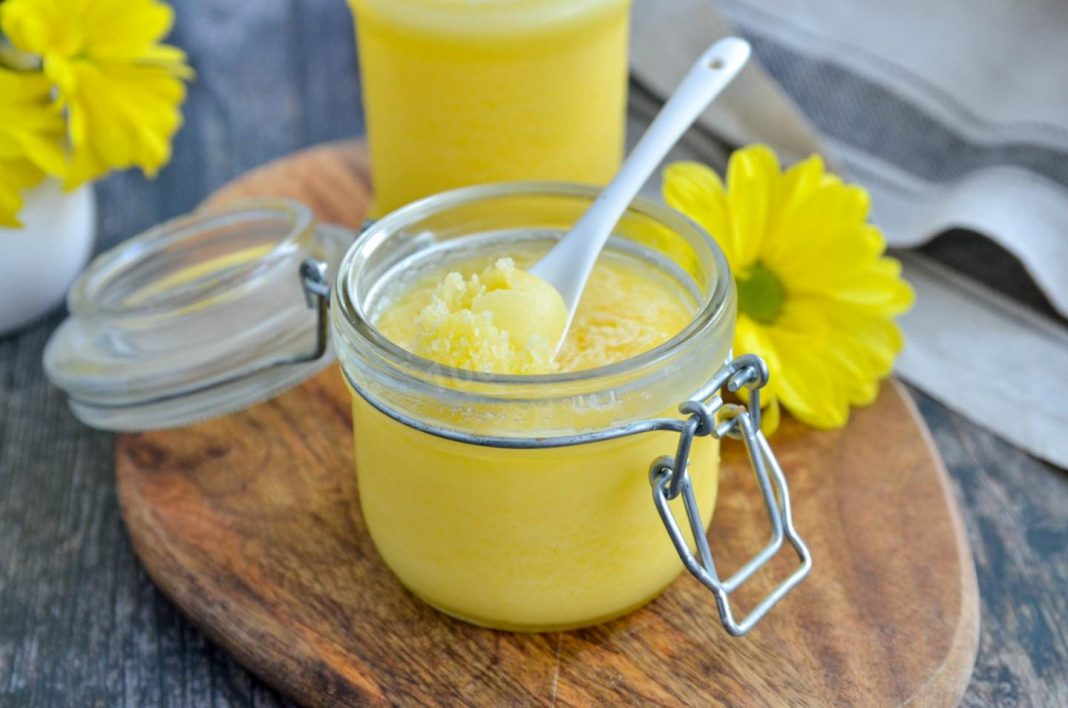 Ghee (or, clarified butter) seems to find its way onto every paleo and Whole30 shopping list, but it’s not new in lots of cuisines. It’s versatility, shelf life, and DIY potential makes it a likely fave pantry staple for most of us.

It’s time to get butter acquainted with ghee (see what I did there?).

I can’t believe it’s not butter! Just kidding, it is butter — clarified butter to be exact. Come again? For those who haven’t heard of the schmancy-sounding spread, let me explain. Ghee is butter that has been cooked to remove milk solids and water. 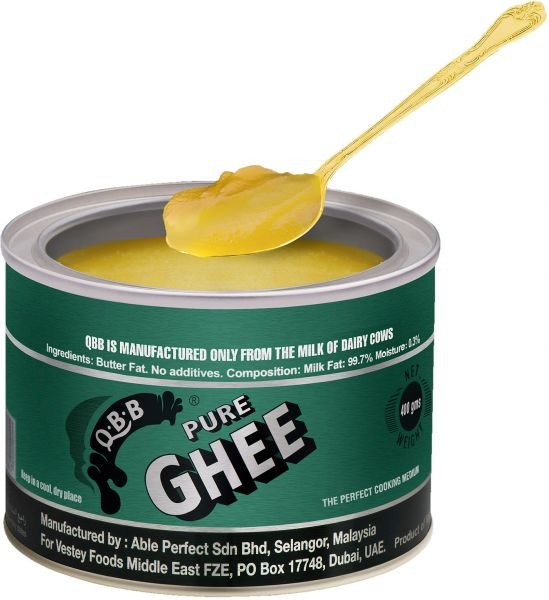 Because the milk has been removed, this sturdy stuff doesn’t require refrigeration and stays fresh for months. This also means ghee is better for those with dairy sensitivities. Note that it’s still not vegan, despite losing it’s milky properties.

Though it’s been used in India and other Asian countries for thousands of years, ghee didn’t take off in the United States until somewhat recently. Because it’s so high in fat — it’s all fat — it wasn’t particularly popular when low fat diets were all the rage.

But when butter got a makeover — or rather, when its reputation did — and it was no longer seen as an enemy of the plate, people started to warm up to it. In particular, when grass-fed butter hit the scene and started invading our cups of coffee.

Now ghee is available at most health food and grocery stores in jars large and small, but people are also making it at home.

How to cook with ghee

Butter isn’t the best choice for high heat cooking, but with a smoke point of 450°F (232°C), ghee can tackle that sizzling pan.

In addition to being available to folks who are lactose intolerant and on the paleo and Whole30 diets, ghee can typically be swapped in most recipes that call for butter or oil and used for sauteing, frying, or drizzling.

You can also use it in baking, but since baked goods recipes tend to be trickier, you may want to test a ghee swap before making any large batches of goodies you intend to serve.

How to make ghee at home

It’s easy ghee-sy to make ghee. Here are the steps: 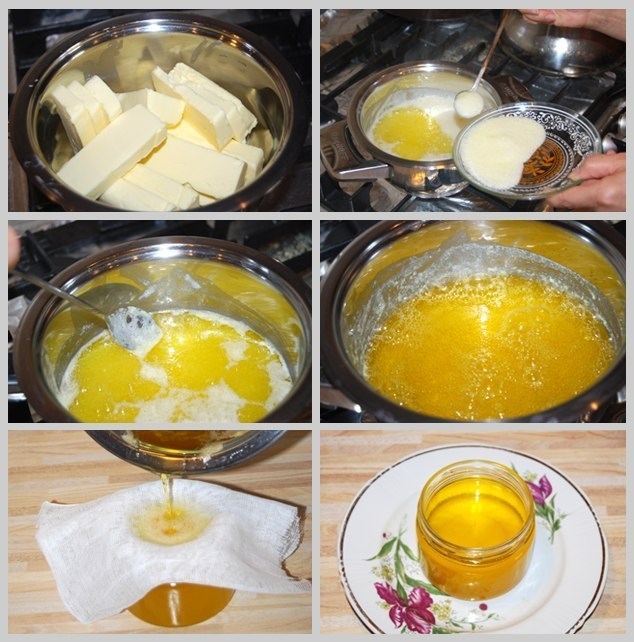 How to store ghee safely

The removal of milk solids from butter gives ghee a longer shelf life and no need for refrigeration. Your best bet is store it in an airtight container in a cooler, dark cabinet.

If you notice that your ghee has turned a darker shade of yellow or brown or has a rancid smell, give it a toss. It’s likely gone bad.

Rumors abound about the benefits of ghee from weight loss to anti-inflammatory properties. But there’s some science backing up ghee’s health claims.

More research is needed to confirm all the benefits noted. Note also that diets high in fat are still up for debate and have varying effects on your body. 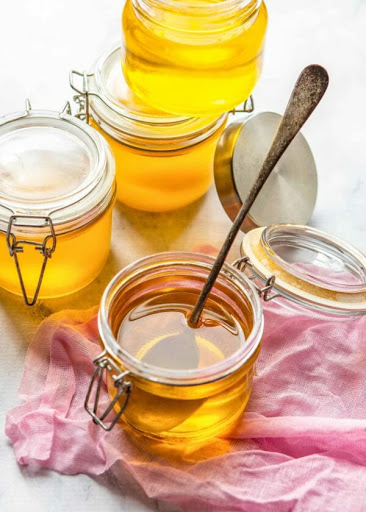 If you’re a fan of butter, fat, and flavor, then you’ll agree ghee is pretty stellar. But as with many high fat foods, it’s important to eat it in moderation.

It’s also important to check the ingredients if you’re opting for store-bought ghee. Ghee can sometimes be made from vegetable oil — as opposed to grass-fed butter — which often contains high amounts of trans fat, according to the American Heart Association.

When it comes to ghee, you want to get to the good stuff. And if you aren’t sure, make it yourself with the grass-fed butter of your choice.

Now gheedy up and get yourself some.