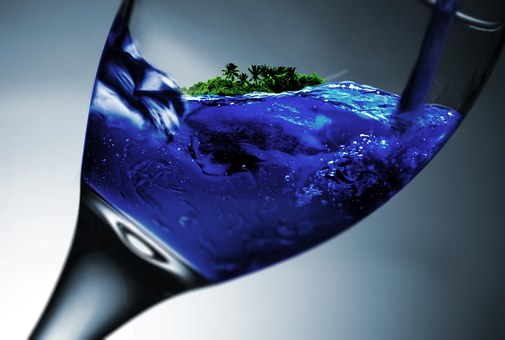 Drinking alcohol is a coping skill used by many to help ease their emotional pain. Though it has a depressive effect and sedates the body, it can cause an alteration in the chemical messengers in the brain. These messengers affect many things, including your behavior and thoughts. For some, even social drinking can harm mental health and emotional well-being.

Social drinking has been widely accepted as usual, and for most people, having the occasional drink typically doesn’t cause any harm. However, when a person drinks all the time, the effects can be catastrophic to the mind and body. One drink starts to impact the area of your brain that controls your inhibition, so you immediately begin to feel relaxed and even more confident.

Sadly, these great feelings are short-lived, and the changes that occur cause other more sinister feelings to erupt. Have you ever seen someone get angry when they drink? It’s because the brain chemicals are out of whack, and the effect of alcohol is causing them to do and say strange things.

Alcohol affects people differently based on how their body responds, other supplements they take, and the amount they drink. Another negative consequence of too much drink is it slows your response times. It’s effortless to make foolish mistakes while under the influence and not comprehend the results of your actions.

The long-term effects of drinking alcohol are undeniable. It can reduce the number of chemicals in your brain, and this can cause serious mental health issues. You may drink more to combat the problems, but it’s only compounding.

Your mental health and alcohol are closely linked. A study by the Australian Government of Health and Welfare found that one in five people who regularly consume alcohol will have mental health issues. Here are some of the mental disturbances that drinking alcohol can do to you. 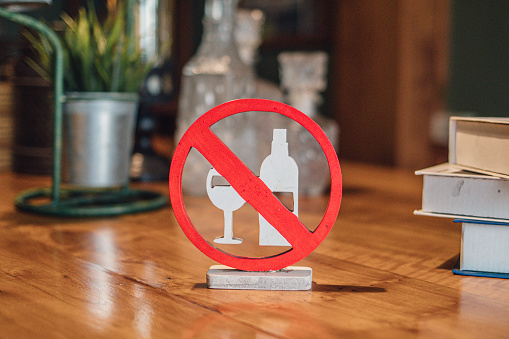 Many folks who drink to self-medicate already have an issue with anxiety. However, alcohol will only sedate those horrible feelings for a short while. You can’t depend on it as a solution to a common mental health disorder that can be effectively treated in other ways.

While social drinking one small glass might take the edge off at first, soon, you will need two drinks, then three, and even four to have the same effect. This is how dependence is born.

When you binge drink, having a hangover can make your anxiety accelerate. There are better ways to relax, like meditation, exercising, walking in nature, or doing yoga. It’s estimated that about 18 percent of adults in this country have some anxiety disorder, according to a study by the CDC. The American Psychological Association recognizes the following types of anxiety disorders:

It’s not uncommon to have one or more of these anxiety disorders together. Some people will have GAD along with PTSD and panic disorder all rolled into one.

Drinking alcohol can have a depressive effect on the body, so folks already prone to depression can be severely affected. One way to tell if that social drinking is causing you to be more depressed is to stop doing it and see if your symptoms improve.

Consuming alcohol has a direct effect on the nerve chemicals in the brain, which are responsible for maintaining your moods. If you’ve drunk too much and felt horrible the next day, you may also notice you feel depressed.

Since some of the signs of depression do mimic a hangover, it can be challenging to distinguish. Thankfully, the uncomfortable depressive symptoms usually go away when you stop drinking.

Drinking alcohol constantly makes you more prone to psychosis when you’re under the influence. Psychosis is a state where you lose all bearings and the sense of reality. You may see and hear things that aren’t there, as hallucinations and delusions are commonplace.

Another major issue with psychosis comes when you suddenly stop drinking after your body has become accustomed to its effects. It throws your brain into a tailspin as it no longer has the substance it used to function.

You already know that alcohol interrupts receptors and brain chemicals, so it stands to reason that it can make you act impulsively.

Maybe the drink isn’t numbing the pain like you thought it would, so you turn to cut and other self-harming behaviors. It’s not uncommon for people under the influence to engage in self-harm activities, as their rationale and sense of pain are numb when under the influence.

A shocking study by the World Health Organization shows that over 700,000 people commit suicide in this country each year. It’s considered the 11th leading cause of death in this country. Self-harming behaviors and drinking alcohol also correlate with suicidal ideations.

Drinking alcohol causes you to be impulsive, take risks you usually wouldn’t take, and not think properly. These issues are a recipe for disaster, and suicide ideation is a signal that you need immediate help. 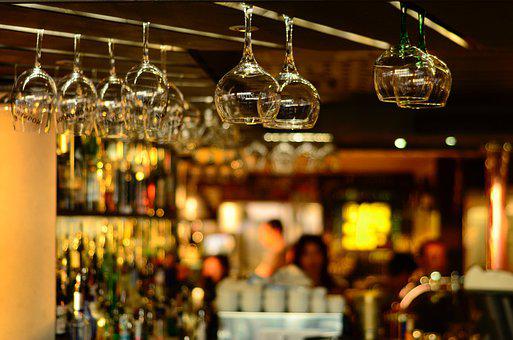 Inside your brain is communication pathways. This is where the brain sends commands to the other parts of your body. When you want to move your leg, your brain sends the signal to your leg to move. It happens so quickly that you don’t even know what is happening inside.

When you put alcohol into your system, it alters these pathways and the communication methods. Imagine getting water on the hard drive of your computer system. What would happen? It would short circuit, fry, and not work as well or at all.

You might notice that you can’t think, have a more challenging time with your moods, and your coordination can be off. If you get angry while drinking alcohol, your pathways are more susceptible to the effects, which alter your moods.

What started as social drinking can turn into a habit. Long-term use of alcohol can have severe effects on the brain. The alterations that were once temporary while you drank have now become permanent due to the amount of alcohol consumed.

Your brain can become injured or altered because of this substance. You may notice that you have problems understanding what people are saying, can’t remember things, and lack reasoning skills. Alcohol-related brain injuries are called “wet brain,” and it’s just as traumatic as having a brain injury in a car accident.

8. Memory Loss Can Come from Alcohol, Even Social Drinking

If drinking alcohol becomes commonplace, it can cause you to experience amnesia or loss of memory. If you drink until you blackout, you can be unaware of what you’ve done, where you’ve been, or all the in-betweens. It only takes a few drinks for your short-term memory to be impacted.

Sadly, long-term memory loss is possible. Ethanol is the substance found in alcohol, and it profoundly affects the hippocampus area of the brain. If you drink until you pass out, your brain is flooded with ethanol and damaging cells. If the drinking doesn’t stop, a temporary loss can become permanent.

When you’re under the influence of alcohol, you can blackout. There are two different ways this occurs inside the body. A partial blackout happens when you’ve been social drinking and only had a few.

You may forget the names of the people you’re with and have recall issues. The complete blackout comes when you do not recall anything while under the influence. Your cognition is impaired, but so is your judgment.

Have you ever had someone tell you things you did or how you acted when drinking alcohol and had no recollection of them? When your blood alcohol levels rise too quickly, it causes you to blackout, which leaves you vulnerable.

Having a drink to put yourself to sleep is commonplace. However, inducing yourself with alcohol will only help in the short term. The things you took to help you sleep can soon start causing you to get little to no sleep. You may toss and turn and be unable to get any quality rest. Therefore, you need more to produce the same effects as you become immune.

Final Thoughts on Drinking Alcohol and Your Mental Health

The correlation between social drinking and mental health problems is undeniable. The more you drink, the more damage that occurs in your brain. The more dependent you are on alcohol to self-medicate, the more apt you are to cause significant mental disturbances.

Being a heavy drinker makes you double the risk of developing depression and anxiety. Another shocking statistic from this study shows that those who have anxiety and depressive disorders and start drinking are more likely to form a dependence.

Some people cannot tolerate an occasional social drink, as drinking alcohol takes hold of them and rules their life. Your genetics, personality, and mental health dictate whether having even one drink is safe.