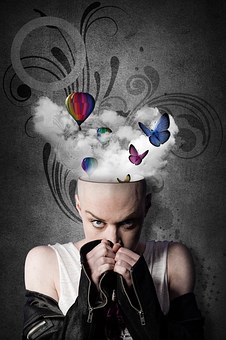 When did the voice inside your head start talking? I became aware of mine at about the age of 15. Up till that point, I had been a very happy and carefree child, but in a short space of time, I became acutely self-conscious and socially awkward. There was a commentator inside my head, observing and criticizing my actions. My behavior could no longer be spontaneous or natural, because I was thinking too much. At night, I sometimes found it difficult to get to sleep, because there was so much “thought-chatter” inside my head.

In fact, “thought-chatter” is completely normal for human beings. Usually, whenever our attention isn’t occupied, a stream of mental associations flows through our minds — thoughts about the future or the past, fragments of songs or conversations, daydreams about alternative realities or friends or celebrities. Usually we call this mental activity “thinking,” but this isn’t really accurate. Thinking suggests something active, over which we have conscious control, but almost all of our thinking isn’t like this. It’s almost always random and involuntary. It runs through our heads, whether we like it or not. That’s why I prefer the term “thought-chatter.”

Real thinking is when we consciously use powers of reason and logic to evaluate different options, deliberate over problems, decisions, and plans, and so forth. We often like to think of ourselves as rational creatures, superior to animals because we can reason, but this kind of rational thinking is actually quite rare. And, in fact, thought-chatter makes it harder to use our rational powers, because when we do have issues to deliberate, it streams through our minds and diverts our attention.

For example, imagine you’re trying to decide what to buy your partner as an anniversary present. While you’re thinking about it, memories of your wedding day run through your mind and then of your honeymoon in Italy, which reminds you about a scandal you recently read about the Italian prime minister, which sets you thinking about the political situation in this country, which reminds you that have to file your taxes … It’s so difficult to focus your thoughts that no ideas come into your mind, and you have to ask your colleagues at work what they would like to have as a gift if it were their anniversary.

Being immersed in thought-chatter isn’t so different from dreaming — at least, the kind of associative dreaming that sorts through the impressions and information we’ve absorbed recently and sends a strange mixture of them back through our minds. We have a little more control over thought-chatter than dreams, and it comes from the conscious mind rather than the subconscious, but essentially it’s the same whirl of mental material. (Of course, this is suggested by the term “daydreaming.”)

Why should we have a voice in our heads all the time, a noise and image-producing machine constantly recalling our experiences, replaying bits of information we’ve absorbed, and imagining scenarios before they’ve occurred? Why should our minds jump so chaotically and randomly from one association to the next? People with schizophrenia are considered to be insane because they hear voices in their heads — but is our “normal” thought-chatter really so different? It should really be seen as a kind of madness as well — or at least as a kind of design fault, a malfunctioning of the human mind. 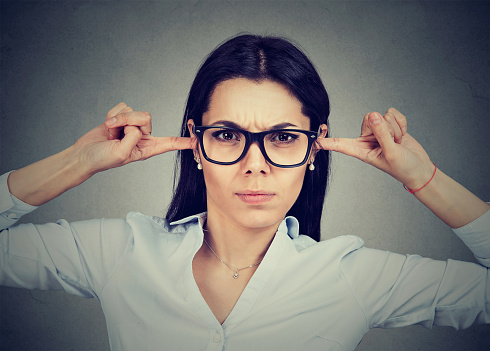 Fortunately, there are some steps we can take to deal with our thought-chatter. One approach that is often used is simply to fix our attention to an external focus that doesn’t allow us to be conscious of thought-chatter. This is the reason why watching television has been such a popular pastime over the past few decades — because it is a very effective way of keeping our attention focused outside our own minds. But this isn’t a very satisfactory approach — it really just means replacing thought-chatter with another kind of chatter. And once the TV is turned off, thought-chatter just begins again.

A much more effective approach is meditation. The are many different aims of meditation, but one of them is to slow down and quiet thought-chatter. Thought-chatter is fueled by the attention we give to it. In meditation, we switch our attention to another focus — to our breathing, to a mantra, or perhaps a candle flame. As a result, thought-chatter fades away, and we experience a sense of inner spaciousness and stillness. We feel calmer and somehow more inwardly stable and whole. After months of regular meditation, we may find that our thought-chatter becomes permanently slower and quieter.

However, it’s unrealistic to expect to silence our thought-chatter altogether. It’s such an intrinsic part of our minds that it’s unlikely to disappear. It’s important for us to take a mindful attitude toward thought-chatter, accepting it without identifying with it. That is, we should treat our thought-chatter as a kind of physiological process that takes place inside us, but which is not part of our identity. We should treat it in the same way that we treat physiological processes like digestion, or the circulation of our blood. We should allow it to flow by, in the background, without paying much heed to it, and without letting it determine our moods or state of mind.

The important thing to remember is: Your thoughts are not you, in the same way that your digestion is not you. They are just part of a process that is taking place inside you. After all, we don’t derive our sense of identity from our digestion or blood circulation, so why should we identify with the voice inside our head?

Tips For A Healthy Mind

Relax and Stress Relief with Lavender