The most important change that can happen is smarter consumerism and a fix it instead of ditch it mentality when it comes to our electronics as well as always ensuring proper recycling when it’s time to get rid of them. But having more earth-friendly electronics is also key.

Researchers at Stanford University think they are well on their way to that goal after developing thin, flexible semiconductors and other electronics that are also biodegradable.
The team created a thin, polymer-based semiconductor that degrades when exposed to a weak acid like vinegar.

“This is the first example of a semiconductive polymer that can decompose,” said lead author Ting Lei, a postdoctoral fellow working with Bao.

The team also made a degradable electronic circuit and a biodegradable substrate material that all of the various electronics can be mounted on. All of these parts are flexible and can mold to smooth or rough surfaces, even an avocado.

The substrate is made from a transparent cellulose and the electronic components are made from iron instead of gold, which is environmentally friendly and not toxic to humans.

These skin-like electronics will have a plethora of applications like skin patches that monitor glucose levels, blood pressure and other vital signs as well as wearable gadgets and environmental monitoring sensors that could be deployed across large areas, sending back data on forest health and then biodegrading when done.

Bao’s team hopes that biodegradability becomes a part of all electronics not just their skin-like devices.

“We currently have computers and cell phones and we generate millions and billions of cell phones, and it’s hard to decompose,” said Lei. “We hope we can develop some materials that can be decomposed so there is less waste.” 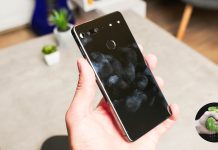 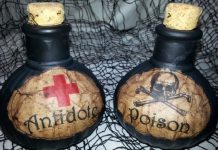