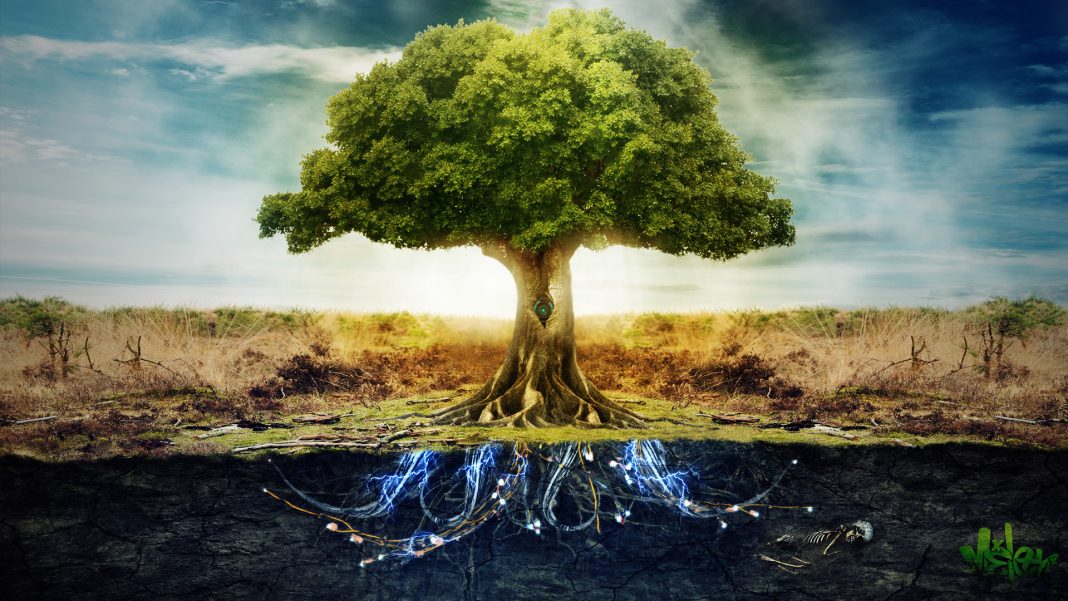 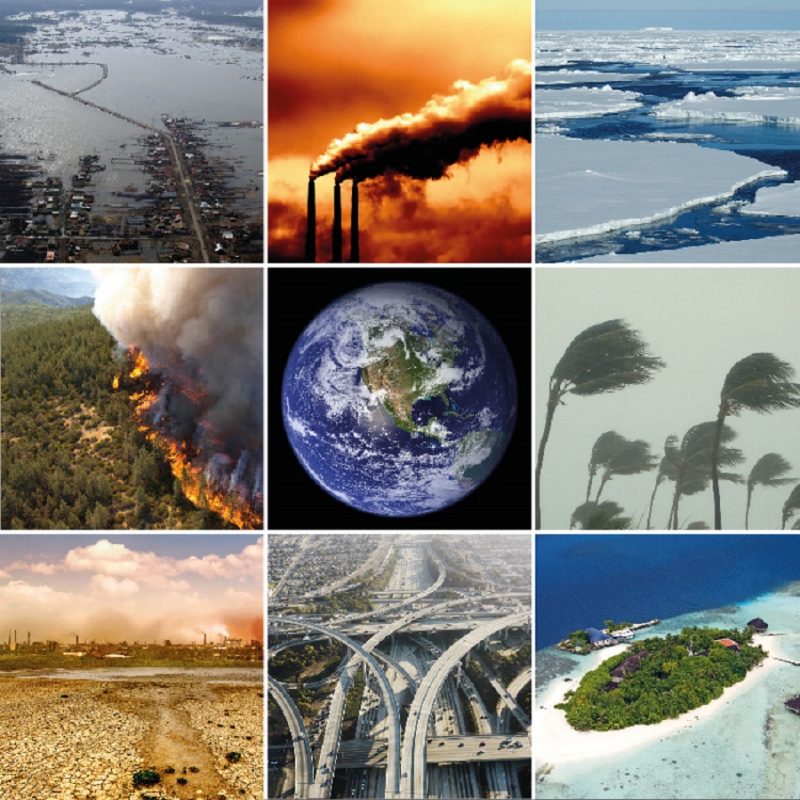 “Trees Are Cool,” reads a popular bumper sticker. That phrase has at least two possible meanings, and researchers have just added another pertinent interpretation. According to research published July 5th in the journal Science, a worldwide tree planting program that does not encroach on existing agricultural land or urban areas could remove two thirds of all the emissions that have been pumped into the atmosphere by human activities over the past 200 years, a figure the scientists describe as “mind-blowing.”

Here’s the abstract of that study.

The restoration of trees remains among the most effective strategies for climate change mitigation. We mapped the global potential tree coverage to show that 4.4 billion hectares of canopy cover could exist under the current climate. Excluding existing trees and agricultural and urban areas, we found that there is room for an extra 0.9 billion hectares of canopy cover, which could store 205 gigatonnes of carbon in areas that would naturally support woodlands and forests. This highlights global tree restoration as our most effective climate change solution to date.

However, climate change will alter this potential tree coverage. We estimate that if we cannot deviate from the current trajectory, the global potential canopy cover may shrink by ~223 million hectares by 2050, with the vast majority of losses occurring in the tropics. Our results highlight the opportunity of climate change mitigation through global tree restoration but also the urgent need for action.

“This new quantitative evaluation shows [forest] restoration isn’t just one of our climate change solutions, it is overwhelmingly the top one,” lead researcher Tom Crowther of ETH Zürich in Switzerland tells The Guardian. “What blows my mind is the scale. I thought restoration would be in the top 10, but it is overwhelmingly more powerful than all of the other climate change solutions proposed.” Fellow researcher Jean-François Bastin, also of ETH Zürich, agrees that climate action is urgent and asdds, “Governments must now factor [tree restoration] into their national strategies.”

Crowther went on to say that planting trees is not enough, however. Concurrent with the reforestration program, a dramatic decrease in new emissions will be required as well, since the planting process will take 50 to 100 years to fully sequester the projected 205 gigatons of carbon dioxide suggested by the study.

Tree planting is “a climate change solution that doesn’t require President Trump to immediately start believing in climate change or scientists to come up with technological solutions to draw carbon dioxide out of the atmosphere,” Crowther said. “It is available now, it is the cheapest one possible, and every one of us can get involved.” Individuals could make a tangible impact by growing trees themselves, donating to forest restoration organizations and avoiding irresponsible companies, he added.

“The most effective projects are doing restoration for $0.30 cents a tree. That means we could restore 1 trillion trees for $300 billion, though obviously that means immense efficiency and effectiveness. But it is by far the cheapest solution that has ever been proposed.” He believes $300 billion is a number a coalition of billionaire philanthropists could come up with together with members of the public.

To put it in perspective, Jay Inslee, Governor of Washington and a candidate for president of the United States, has proposed a climate change plan he says would cost $9 trillion but add millions of jobs to the economy. 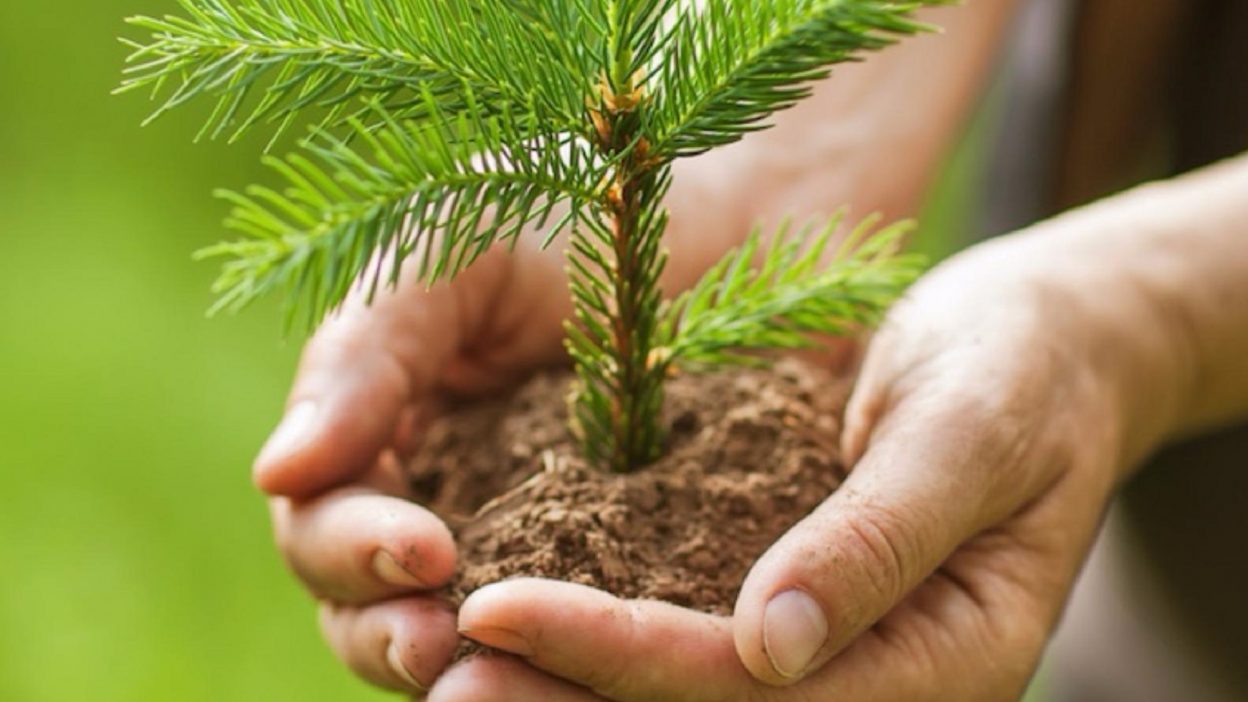 The researchers, aided by hundreds of helpers, measured the amount of the tree cover shown in 80,000 high-resolution satellite images from Google Earth. They then used artificial intelligence computing to combine that data with 10 key soil, topography and climate factors to create a global map of where trees could grow.

“This research is excellent,” Joseph Poore, an environmental researcher at Queen’s College, University of Oxford tells The Guardian. “It presents an ambitious but essential vision for climate and biodiversity.” But he has a concern. Many of the reforestation areas identified — particularly in Ireland — are currently grazed by livestock. “Without freeing up the billions of hectares we use to produce meat and milk, this ambition is not realizable.”

Crowther has an answer for Poore’s complaint. “Restoring trees at [low] density is not mutually exclusive with grazing. In fact many studies suggest sheep and cattle do better if there are a few trees in the field.” The potential to grow trees alongside crops such as coffee, cocoa and berries – called agro-forestry – was not been included in the calculation of tree restoration potential and neither were hedgerows: “Our estimate of 0.9bn hectares [of canopy cover] is reasonably conservative,” Crowther says.

Not everyone agrees with the conclusions Crowther and his team have come up with, and reducing carbon emissions will still be essential to any climate action plan. But a proposal that costs a tenth as much as carbon capture and geoengineering has to be given serious consideration. Crowther and company have given us a new tool to battle a warming planet if people can find the gumption to put it to good use.