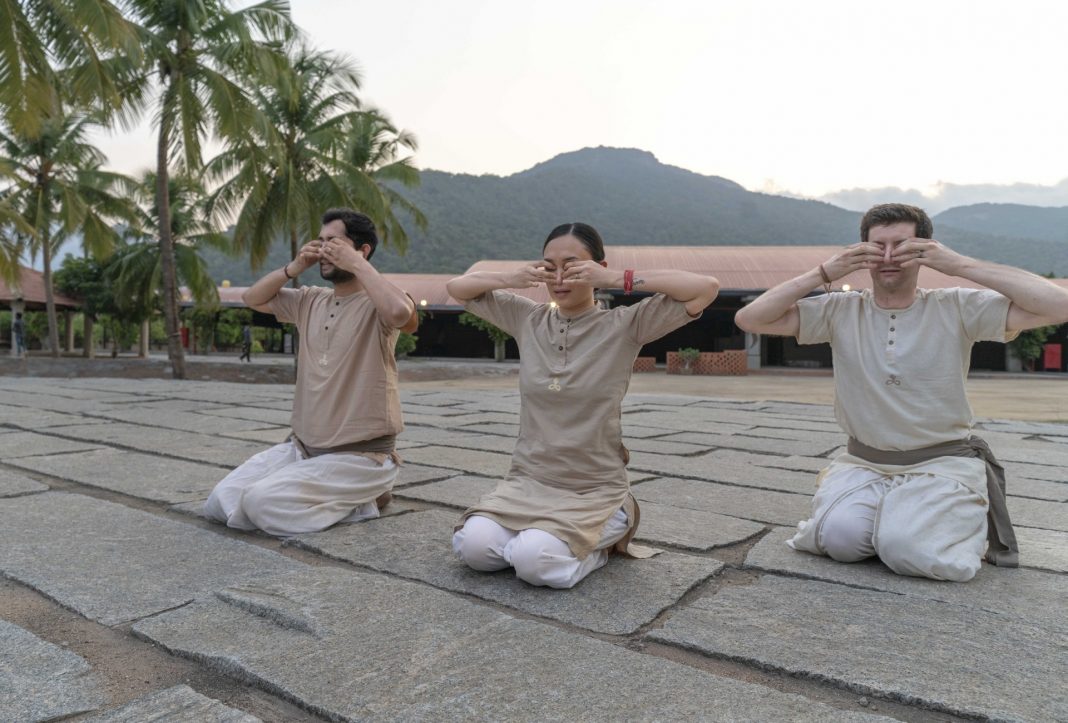 Shanmukhi mudra is one of the techniques of hatha yoga, meant for causing the prana (vital air) to reach the brahmarandhra (topmost portion of the skull), to make the mind completely steady and to give rise to nada (subtle sounds), the hearing of which is described as nadanusandhana.

As mentioned in Darshana Upanishad (VI 32-36), one sits in the swastika posture, inhales deeply, and holds the breath inside (kumbhaka), accompanied by the mula bandha. 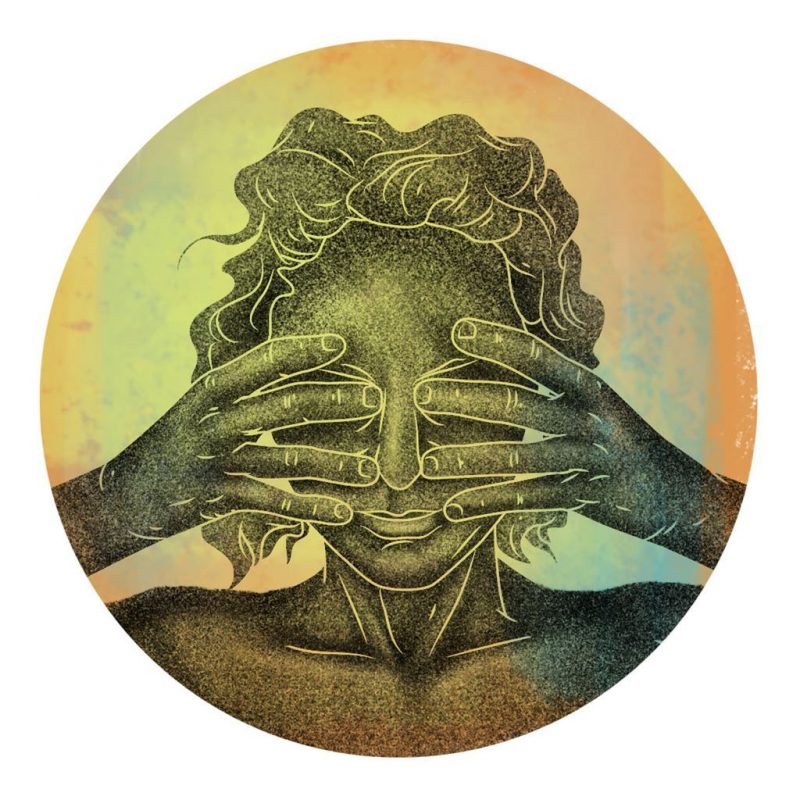 While doing kumbhaka, the Shanmukhi mudra is employed by covering the openings of the ears by the two thumbs, the eyes by the index fingers, and the nostrils by the remaining fingers. This is said to make the prana reach the brahmarandhra, giving rise to nada, comprising various sounds like that of the sea, the clouds, drums etc.

In Hatha Yoga Pradipika (IV 67 – 68), this mudra is called paranagmukhi mudra by the commentator Brahmananda. One is advised to hear the subtle sounds in the right ear. The posture recommended is the siddhasana, i.e, pose an adept yogi. 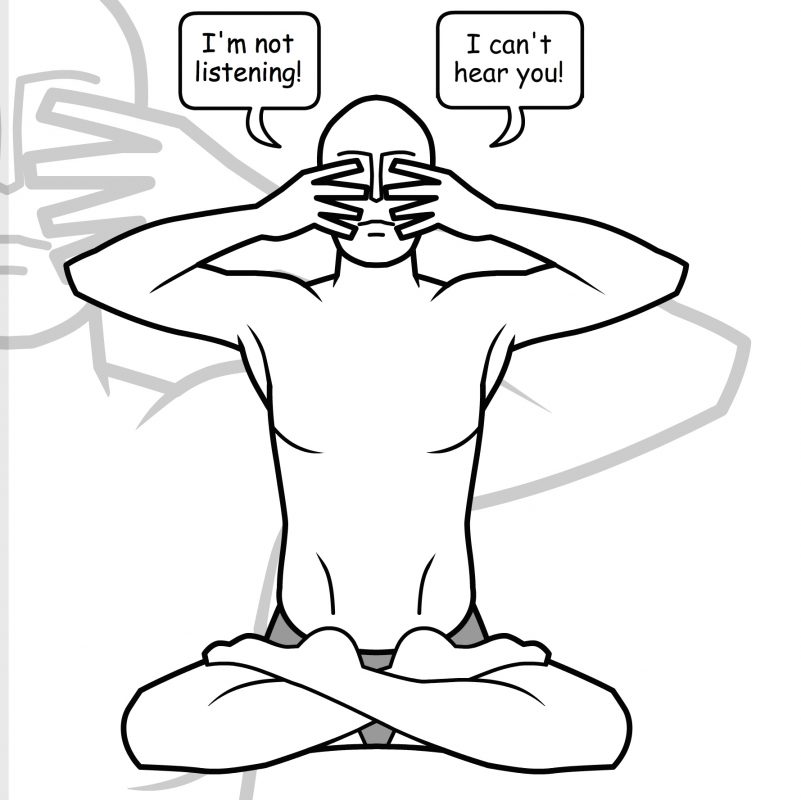 In Mandala Brahmana Upanishad (II 2.2), along with Shanmukhi mudra, one is advised to fix the gaze on the tip of the nose during the state of holding the breath.

In a similar manner, Yoga Chudamani Upanishad (114 – 115) also mentions the arousal of subtle sounds and the stability of mind through hearing them, as a result of the practice of Shanmukhi mudra. 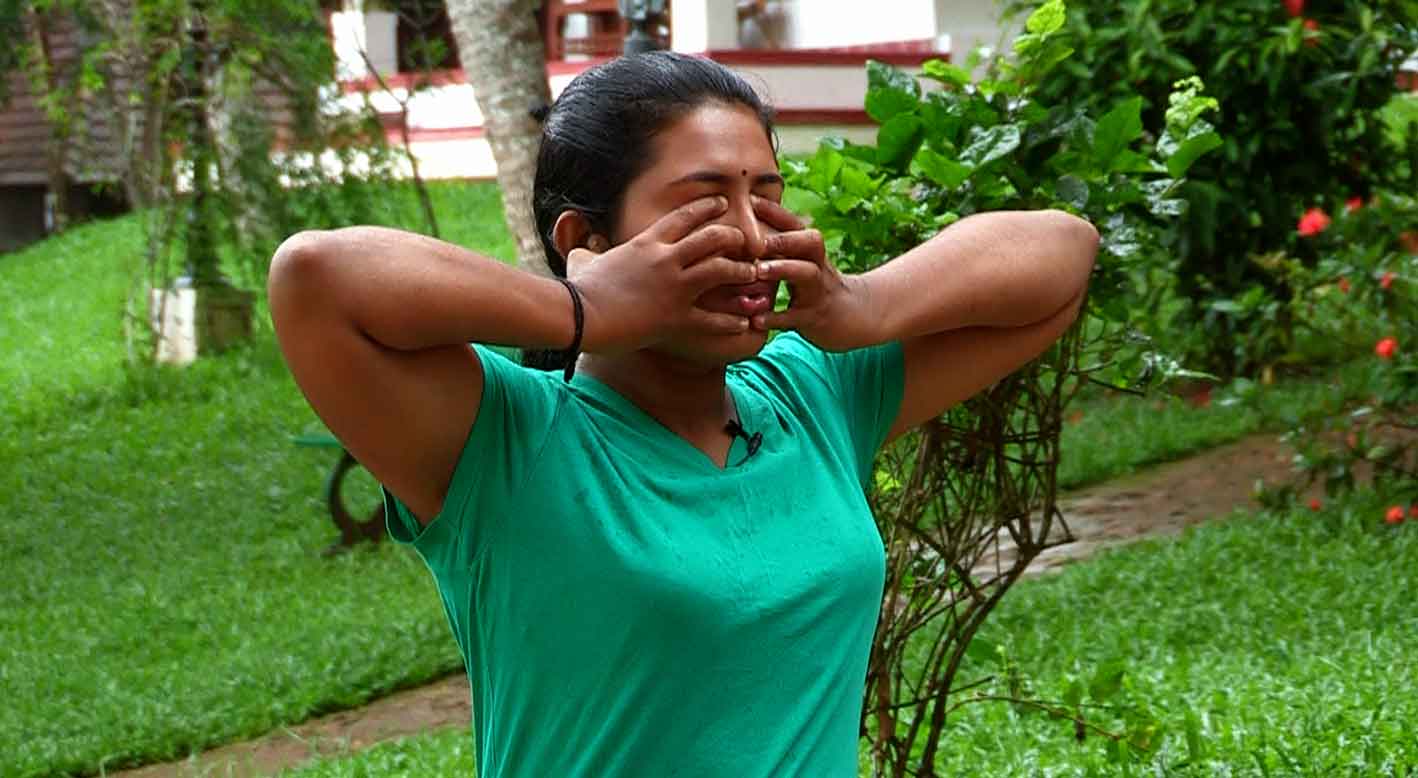 What are the Best Bruxism Treatments?