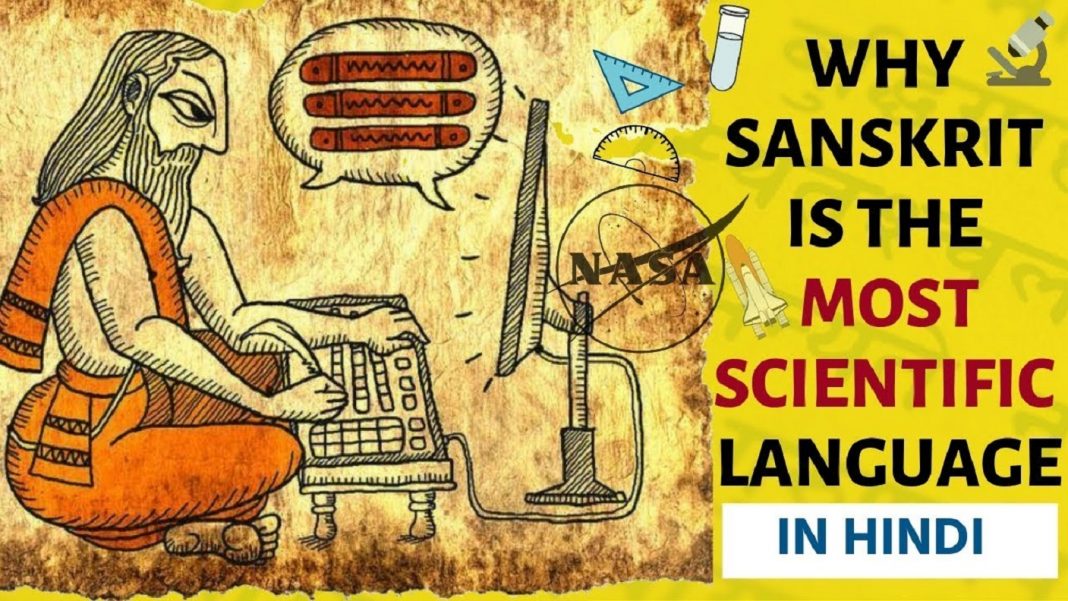 Through the timeless wisdom of Sanskrit, we can redefine, clarify, and realize new meanings, which can have a powerful and positive impact on our life.

I was recently on a long-haul flight from Sydney to Vancouver.  In the row in front was a young mother with two little boys.  The flight attendant announced that no one was to use peanuts as these boys had a severe peanut allergy.  All through the flight, this mother provided her children with carefully pre-prepared food. Making sure the boys were occupied, answering their questions, resting when she could.  It was very impressive.  But what has this got to do with Sanskrit?  I’ll get to that.

First, what is Sanskrit?  It is an ancient language, some would say timeless. It is described as the language of the Universe, and a Mother of Languages. 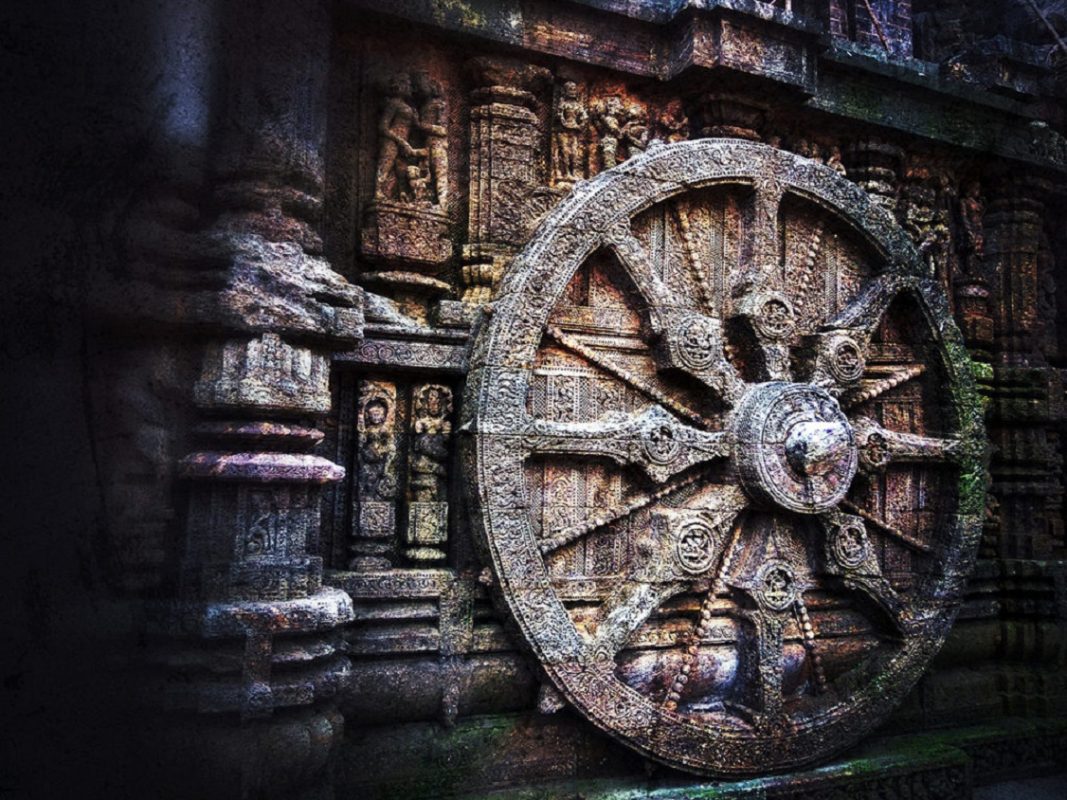 These are grand claims to be sure, so let’s look at Sanskrit on two levels.

To get an insight into the care of that young mother taking her boys home to Canada, let’s look at the power of ‘m?tri,’ the Sanskrit word for ‘mother.’ Our English ‘mother’ is cognate with matri, so, when we’re speaking English every day, we’re connected with Sanskrit meanings whether we’re aware of it or not.

The second, deeper level of Sanskrit is as the language of the Universe.  But how is this so?  And how did that universal language affect a young family on a trans-Pacific flight?

The word ‘Sanskrita’ means ‘purified and perfectly formed.’ When we are quiet, open and receptive, without mental distractions, we hear a still small voice within.  That voice is always pure and perfectly formed— it is sanskrita.  In that quiet state we just ‘know’ the truth of that voice. 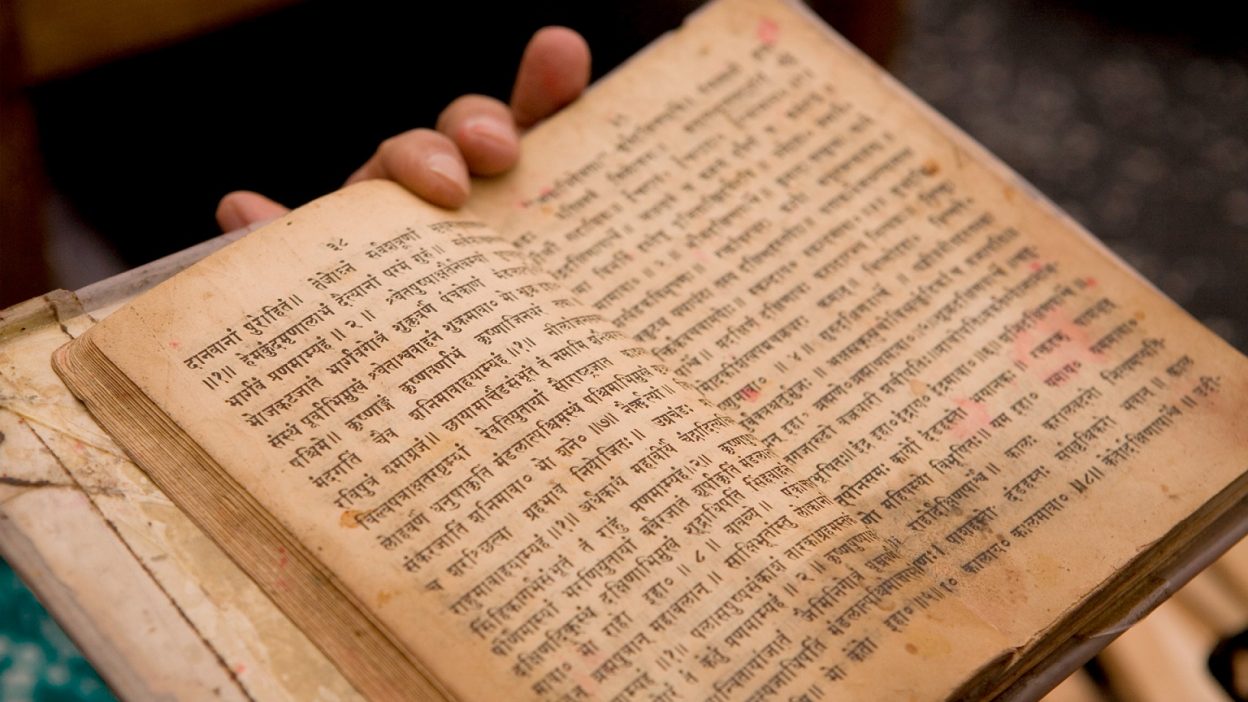 Each simple verbal root, called a ‘dh?tu’ (????), gives rise to a myriad of words. The core meaning of all these words comes from the verbal root. This is the powerhouse of the meaning.  These roots are verbal, that is the key to the system. Verbs are ‘doing’ words, they are actions.

We generally think of ‘meaning’ as a concept or an object. We think a ‘table’ is a thing, not as the ‘act of tabling,’ the service that the table performs for us.  Sanskrit, on the other hand, is based on the idea that the actual meaning of something is what it does, the action it performs. So if a table ceases to do the act of ‘tabling,’ in other words provide us with a surface upon which to put our dinner, then it is no longer a table, it becomes something else.

Actions are a form of energy, so words in Sanskrit carry the core energy of the meaning of their particular verbal root. This is one of the astonishing and perhaps unique features of Sanskrit – that meaning is conveyed in experience not merely in concepts.

Now let’s go back to that flight to Canada.  Consider the word ‘mother’ —m?tri —written as ???? in the beautiful Devan?gar? script.  It draws its meaning from the verbal root ‘m?’ (??). M? means ‘to measure.’ So, the essential meaning behind ‘mother’ is the act of measuring.

A mother cares for and nurtures the body, mind, heart, and spirit of a child.  She provides everything just in the right measure, the perfect amount for the time and place. The measures of what is needed change all the time, but a mother is perfectly designed to give the child what is needed when it is needed. The knowledge of this measuring is innate and comes in response to the child. It is known and expressed in the very act of mothering, it is not a theory or a concept. The true meaning of ‘mother’ is in the action and the experience. 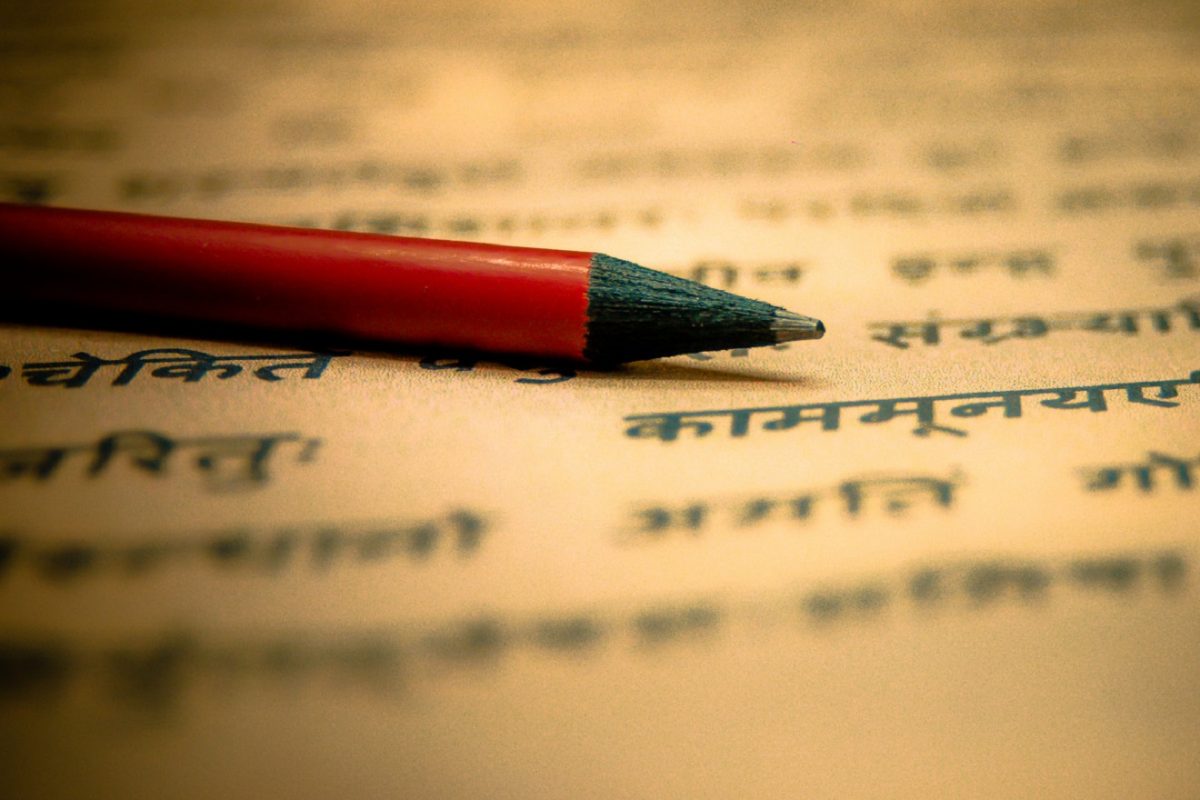 Any woman, whether they have given birth to a child or not, has this natural and innate power of measuring or mothering in the presence of a child. Measuring love, encouragement, discipline, boundaries, knowledge, food, what to wear in the winter or summer, the list is endless. The measures needed to care for a baby, a young child, or a teenager are different, but the act of measuring is the constant. The greater the level of presence and awareness in the mother, the more precise the measure is.  That was certainly in evidence on that plane.

Delving into the deeper meaning of words like this is very important. The meaning we give to things shapes our world. Things such as Values, Attitude, Truth, Being, Love, Mother, and Father are not actually things.  They are actions.  What is your attitude doing to you and to the people around you, what are your values doing?

Through the timeless wisdom of Sanskrit, we can redefine, clarify, and realize new meanings, which can have a powerful and positive impact on our life.