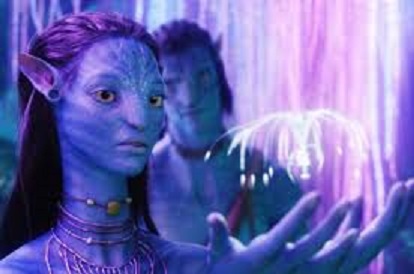 In the Hollywood movie Avatar, it is not just the term ‘Avatar’ that is associated with Hinduism. The core concept of Hinduism is that all animate and inanimate are the result of a single energy source, which is Brahman or God. All the plants, animals, human beings rise and fall in this single energy source. This formless and indefinable is given form by humans and worshipped as God. One of the important themes of Avatar is based on this core concept of Hinduism which was taught first time more than 5000 years ago. In the movie, the Na’vis are able to physically connect to animals and plants. And they believe that they are just a part of the whole which includes all animate and inanimate present on their planet Pandora. This concept is explained beautifully and there is a magical scene in which the Tree is connected to the human body and this body is connected to all the Na’vis through holding their hands each other. 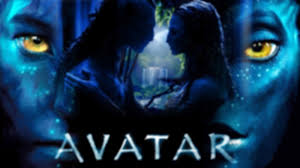 Another striking aspect is the use of the color blue. Hindu Gods are depicted blue in color. Blue is the color of the infinite. All Hindu gods are an attempt by the human mind to give form to the formless Brahman (God). The color blues symbolizes immeasurable and all pervading reality – formless Brahman.

Another concept found in Hindu Puranas is Parakaya Pravesha – leaving one’s body temporarily and entering the body of another person. Adi Shankaracharya is believed to have done this to enter a king’s body so that he can learn about material world. Something quite similar happens in the movies as Humans are able to temporarily enter the body of a Na’vi.

A more visible symbol in the movie is that of the characters in Avatar riding on a flying dragon like being. This is more like Lord Vishnu riding on Garuda.

In Avatar II – there is the reference to ‘Amrita’ – elixir of life. Amrita in Hinduism is a potion which provides eternal youth to one who consumes it.

It is said that great minds think alike in all ages. The great saints of Sanatana Dharma (Hinduism) thought about this 5000 years ago and they tried to explain it to us through symbols and stories. Today we have technology explain the universal truths. But are we listening? We are slowly wiping out the green cover and destroying the Mother Earth thinking that we humans are superior and above all.

But what Avatar missed is foreseen by Hindu seers the total annihilation of human race when there is rise of Adharma (today it is unimaginable greed and lack of concern for mother earth). We are fast heading towards such a situation and this divine action will be carried out by Kalki. Then there is a fresh beginning. The cycle continues and this present age is not the first cycle and it is not the last. 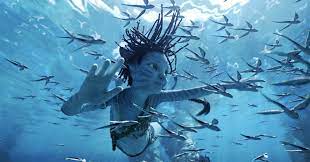 Why is Christmas celebrated on Dec. 25?

The 12 Laws Of Karma: What Are They & Why Do They Matter?