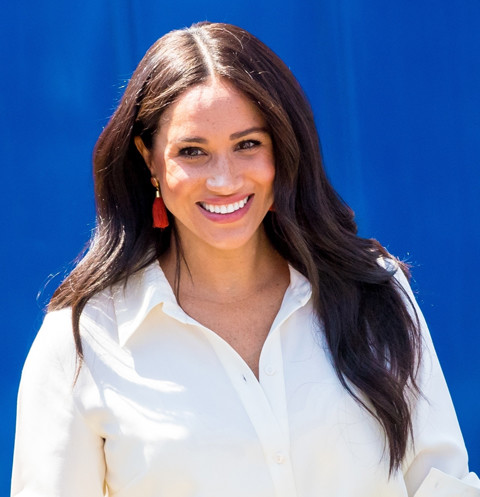 Meghan Markle has some thoughts about the joy and vulnerability of motherhood.

The Duchess of Sussex and her husband, Prince Harry, welcomed their son Archie in May 2019. Since becoming a parent, she’s shared snippets of her experience, from those “magic” first days to the overwhelming adjustment to motherhood in the spotlight.

In honor of her birthday, we’ve rounded up eight quotes from the duchess about being a mother.

“It’s funny, I’ve actually been joking the last few weeks. I had seen this documentary on Netflix about feminism, and one of the things they said during pregnancy was ‘I feel the embryonic kicking of feminism.’ I loved that, so boy or girl, whatever it is, we hope that that’s the case with our little bump.”

The First Days Of Motherhood

“It’s magic, it’s pretty amazing. I have the two best guys in the world, so I’m really happy.”

“He has the sweetest temperament, he’s really calm. He’s just been the dream, so it’s been a special couple of days.”

On Being A Working Parent

“We’re only five months in right now. Being a working mom and traveling as well with a baby, my goodness it’s a lot, but it’s all so exciting. There are days when it’s a lot to juggle but then you meet someone and you have an impact on them and you say ‘aha,’ and it’s so rewarding.”

On Adjusting To Motherhood While Dealing With The Press

“Thank you for asking because not many people have asked if I’m OK, but it’s a very real thing to be going through behind the scenes.”

“Look, any woman, especially when they are pregnant, you’re really vulnerable and so that was made really challenging. And then when you have a newborn — you know … especially as a woman, it’s a lot. So you add [media attention] on top of just trying to be a new mom or trying to be a newlywed.”

On Her Pre-Harry Motherhood Dreams

“I dreamt [of becoming] a successful working actress, which I can now very thankfully tick off the list. And I also dream to have a family. It’s all about balance, and I have so much happiness in my career and am fortunate to travel the world and see so many amazing things — it will also be nice to be anchored to something grounded and in the same place. Raising a family will be a wonderful part of that.”

“It’ll be a nice moment to introduce the baby to more family, and my mom’s with us as well.”